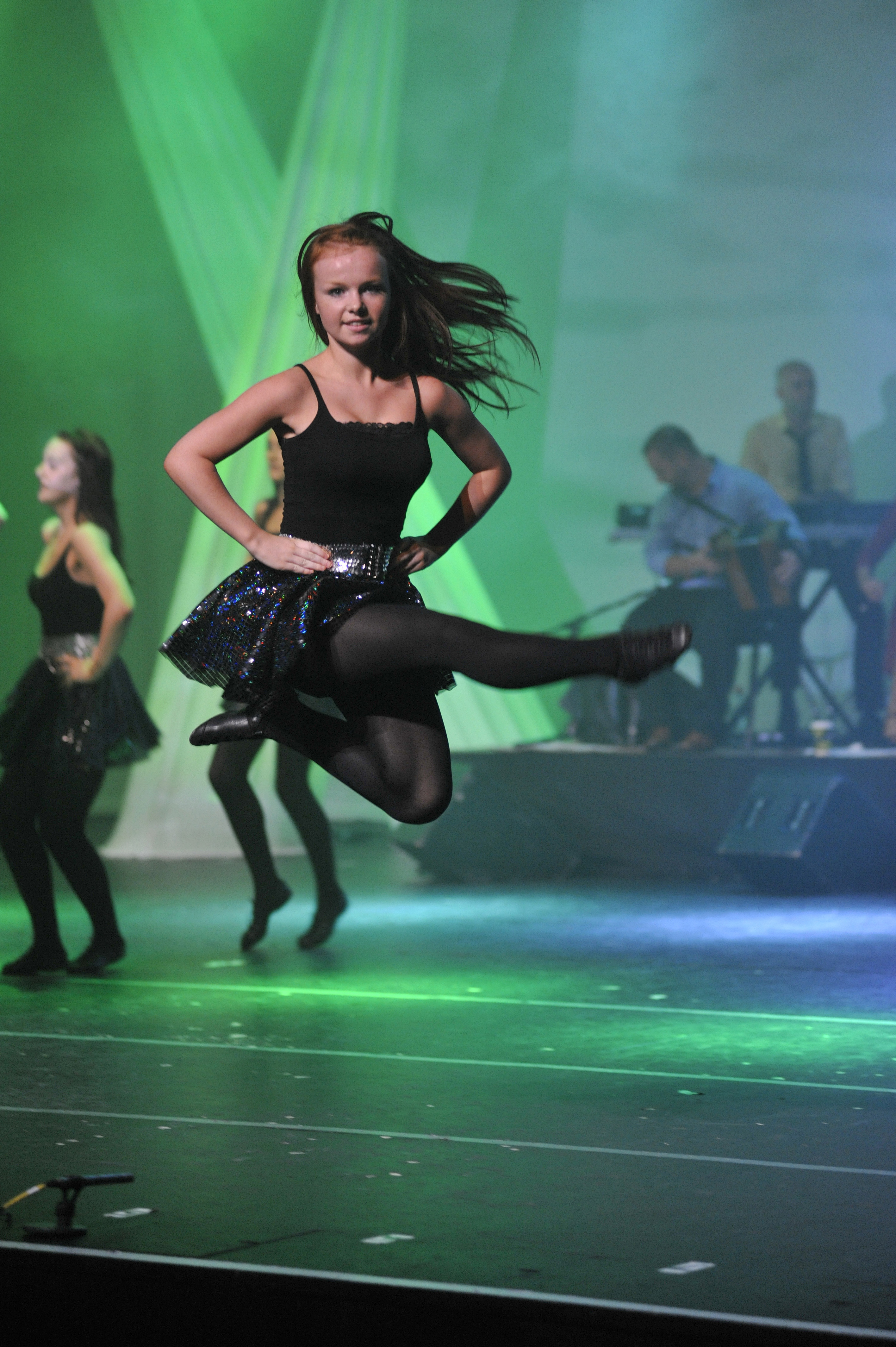 Take the Floor takes to the University Concert Hall stage again this summer!

The producers of Take The Floor are yet again gearing up for an unforgettable experience this July and August.

Irish dancers around the world have begun auditioning online for this year’s show, which is set to take place in Ireland this summer. The new show will begin its rehearsal period in late July with subsequent performances taking place around the country.

Take The Floor, directed and produced by former Riverdance stars Paula Goulding & Shane McAvinchey will premiere it’s 2014 performances a mere 10 days after the casts’ introduction to one another! The 1st of these performances will take place in Limerick’s, University Concert Hall on August 7th with following shows in Wexford Opera House, August 8th and Derry’s Millennium Forum on August 9th.

The production boasts the largest Irish dance show around with a cast of top Irish dancers and aspiring professionals including participants from countries such as Japan, Australia, USA, Canada, Mexico, Russia, Italy, France, Norway, Germany, Romania and Portugal.

“We are absolutely thrilled to be entering our third year of Take The Floor. Our first and second years have been such an unprecedented success and both Shane and I have grown in our roles, as well as the dancers involved. We now have over 25 past cast members dancing professionally since their Take The Floor experience and it’s unbelievably rewarding to have played some small part in their success. Having the experience of those years behind us now is proving invaluable and we are biting at the bit for people to see this year’s production!” says Goulding.

McAvinchey, who runs his own Irish dance schools in Germany, Poland, Spain and Russia says, “The vast international flavour of the show makes it truly unique. We staged the first Take The Floor project over two and a half years ago in Dublin and it was amazing to see an Irish dance show with such a diverse range of nationalities. Over 15 countries were represented among the dancers.”

Chosen cast members will arrive at The University of Limerick the end of July and with only 10 days to the opening night they will learn and rehearse this full-scale production.

Dancers are sourced and auditioned through an online application process using social networking sites & video submission, incorporating the use of Irish dancing social network Diddlyi.com – co-owned by McAvinchey. According to the dance teacher the aim is to bring together young, talented dancers to train in performance Irish dance and offer them the opportunity to work with and learn from world-renowned choreographers and creatives. “Over the course of the 10 day rehearsal period the group will learn what it means to be part of a professional, full-scale, Irish dance production. They will also be given the chance to gain exposure with scouts from professional touring companies attending rehearsal days and shows.”

An exciting addition this year sees the introduction of the The Take The Floor Voice Search competition which found the lead vocalist for the live performances through an online voting competition. The top 10 videos were chosen by the public and went before an expert panel including Celtic Woman Composer/Creator and Emmy nominated, David Downes and platinum selling singer/songwriter, Ryan Sheridan. The call to find this year’s singer went cast far and wide with people submitting their videos from at home and across the globe. The winner will be brought from their town/city to rehearse newly composed songs by David Downes and perform live on stage during the Take The Floor 2014 Irish Tour.

Live music for Take The Floor will be provided by the much sought after traditional Irish band, Beoga, described by The Wall Street Journal as “the most exciting new traditional band to emerge from Ireland this century”. Although staying somewhat tight-lipped, the producers have hinted that Beoga may have a few surprises in store for each of this year’s Take The Floor performances!

Choreographers for the show include Ragús choreographer & director and tutor with The Irish Academy of Music & Dance at The University of Limerick Michael Ryan, and Ciara Sexton, former lead of Lord of the Dance and one of the choreography team with Heartbeat of Home, the new production from the producers of Riverdance and Alan Kenefick, best known as the creator of dance sensation Prodijig and Footstorm and winner of ITV’s Got to Dance TV show in the UK.

“Since leaving Riverdance we have been developing different projects and ideas and have produced shows and conducted workshops in Ireland and across Europe. We wanted to somehow condense all of the expertise and knowledge that we have gained over our years performing professionally and pass it on to the aspiring professionals of tomorrow. We devised this 10 day lead-up to the show, concentrating on stage and performance training and very importantly, experiencing the highs and lows of the rehearsal process so that we can really give these dancers a taste of what life as a professional performer is like. In turn we hope this might help set them up for their future careers and allow them to see the life outside of competitive Irish dance.” says Goulding

Goulding danced for 7 years with Riverdance where she was dance captain of the Broadway production and also principal understudy. She directed, choreographed & co-produced Dancing Thru’ The Ages and was a coach, performer and winner of RTE’s Celebrity Jigs n’ Reels. Tipperary-native McAvinchey has been involved in productions such as Riverdance. The High Kings, Dancing Thru’ The Ages and Ragús and starred in the Irish dance feature documentary film Jig which had a worldwide theatre release in 2011.

Wildlife on our Doorstep