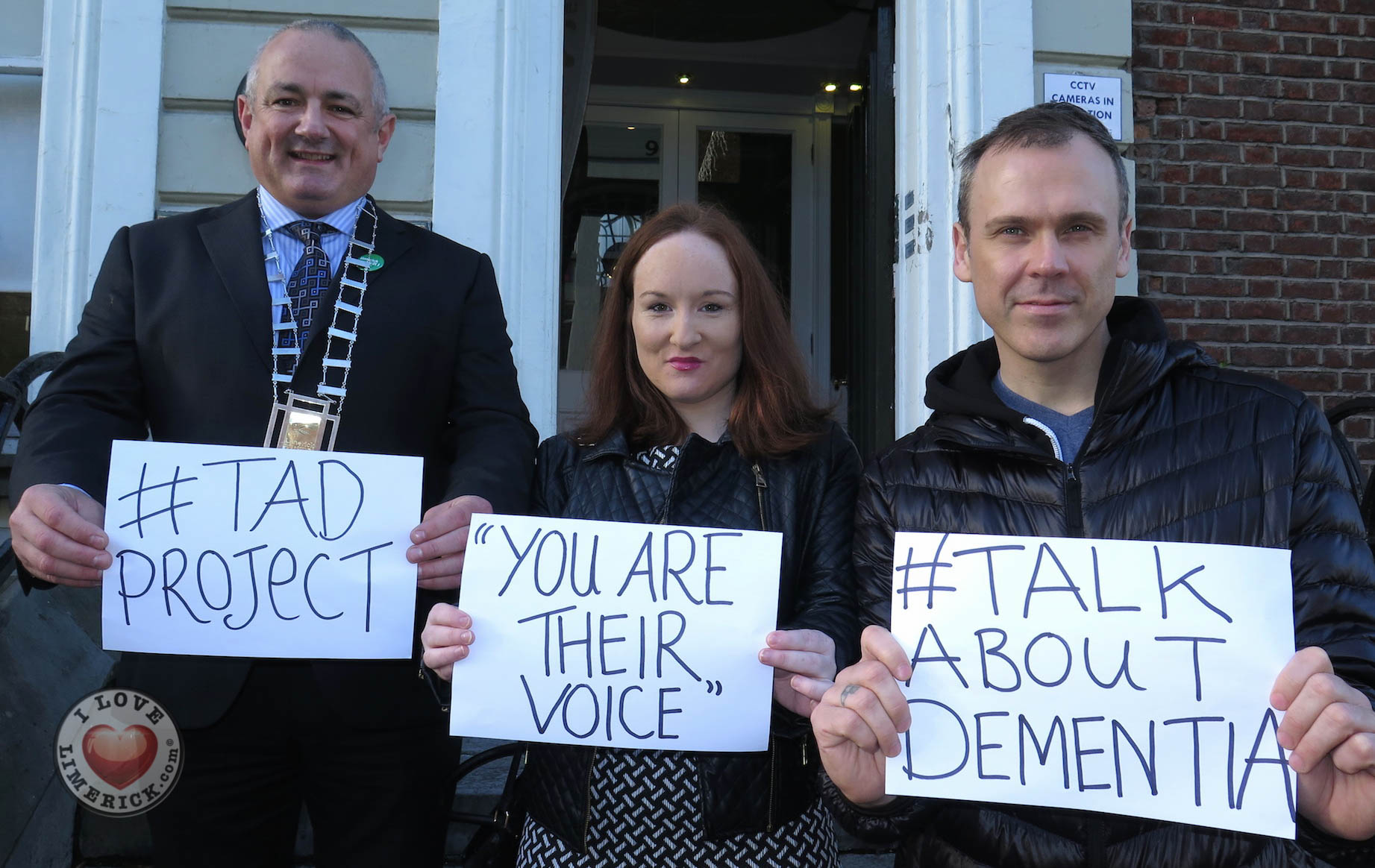 Talk About Dementia Project in aid of Alzheimer’s awareness

Local writer Rachel McMahon is set to launch the Talk About Dementia Project (TAD Project) in Limerick, Ireland, later this month. Rachel, who helped care for her father when he was diagnosed with a form of Dementia called Alzheimer’s in 2005, has formed the TAD Project to spread awareness of Dementia in all of its forms.

The TAD Project will work with social media by asking the public to speak up in the form of answering one question: “If you could share one experience or fact about Dementia what would it be?”

The person responds with a photograph or video of themselves with their fact either voiced on video or written on paper with a photograph using the hashtags #TalkAboutDementia and #TADProject. For example Rachel used the fact ‘You are their Voice” for her own photo on social media.

Dementia is a term which describes a number of conditions that cause damage to brain cells. Alzheimer’s is the most common form of Dementia; according to the Alzheimer’s Association of Ireland there are 47,744 with the disease in Ireland, which naturally amounts to a great many caregivers.

Experts believe that currently and future scales of Dementia have been underestimated, with the World Alzheimer Report 2015 stating that Western Europe has the second largest population of people living with Dementia.

It is believed that, by next year, 4,000 people will develop Dementia in Ireland, with more than 9.9m new cases worldwide.

Richard Lynch of ILoveLimerick.com helped Rachel put the campaign together and siad, “My own father passed away this past April and suffered from vascular Dementia for 3 years before he passed. I think its important that people are educated about the different forms of  Dementia as knowledge is power.”

TAD Project Founder, Rachel McMahon says: “As I helped to care for or my father for 7 years my objective is to make this campaign go viral, to raise awareness for anyone affected by Dementia.

It’s also for family and friends that have been involved to some degree in caring for someone with Dementia. Many people who are in the midst of care giving are often too tired or emotionally unable to express themselves.

“This is an opportunity to do so, even with simple things such as: how to give the best level of care possible, how to dress and wash a loved one with the illness, while trying to maintain a semblance of sanity.

If we can only teach a handful a people about Dementia, we are offering a voice to those with Dementia whose voices has been taken away.”