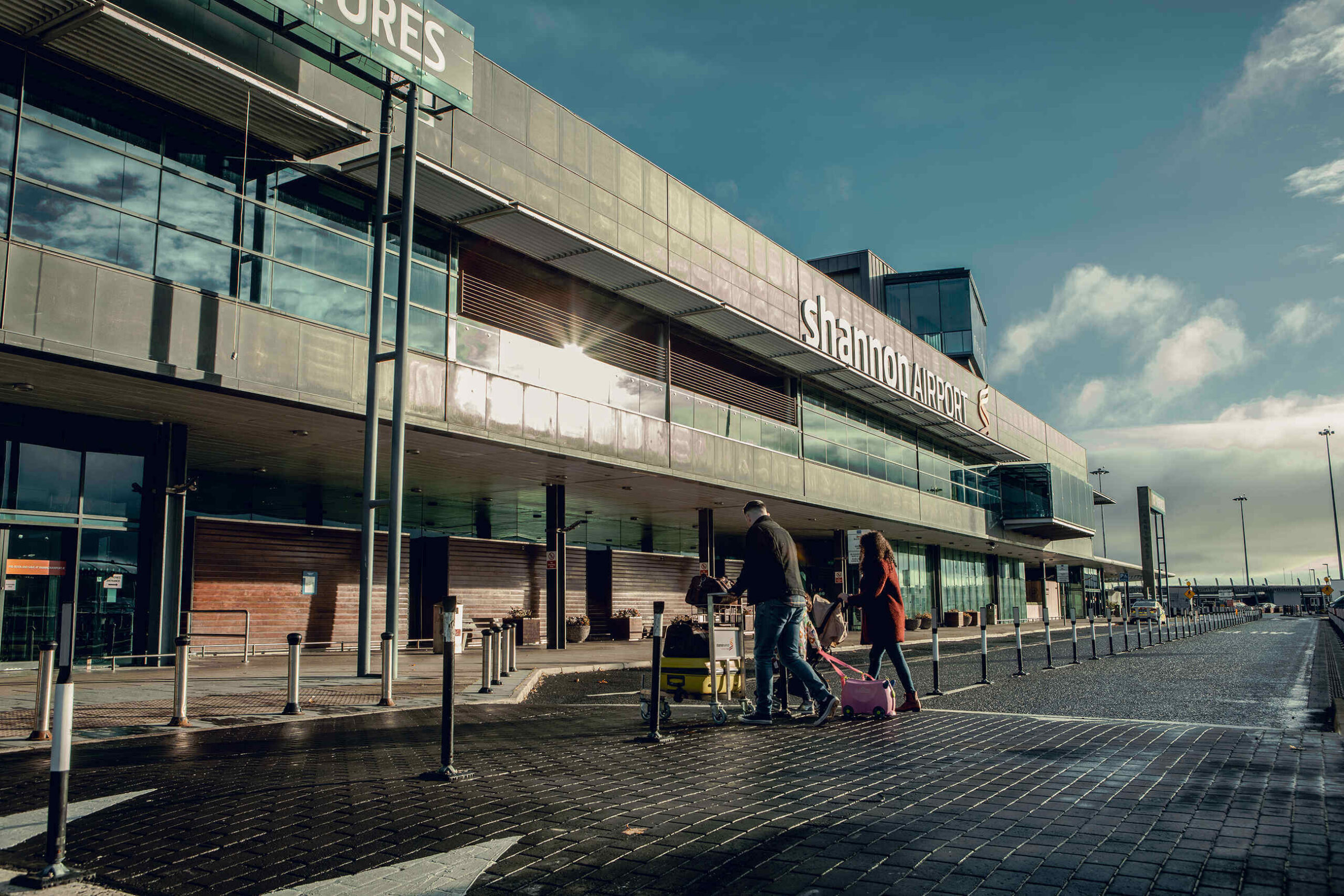 Tanaiste support for Shannon Airport, pictured above, has been welcomed by the Limerick Chamber.

Limerick Chamber has welcomed support directly from Tánaiste and Minister for Enterprise, Trade and Employment Leo Varadkar around “positive discrimination” for regional airports in the COVID recovery, as extremely encouraging for the airport and businesses across Limerick and the Mid-West.

The Chamber also welcomed another boost for the region from its meeting with Minister Varadkar in which he expressed confidence that the Shannon Estuary Task Force make-up will be announced this summer.

The Tánaiste made the commitments during a meeting with Limerick Chamber’s Strategic Partners group – comprising some of the region’s largest state, semi-state, private indigenous and multi-national employers – at which he addressed them on key matters of regional economic importance.

Limerick Chamber said that the Tánaiste had engaged openly with the Strategic Partners on a host of regional issues, including supporting the Chamber’s call for an ‘Urban Future Strategy’ to complement the ‘Rural Future Strategy’ and, particularly, significant statements of support in relation to Shannon Airport and the Shannon Estuary Task Force.

Said Limerick Chamber CEO Dee Ryan, “It was a very productive meeting, covering the key concerns of large employers in the region. Given the importance of connectivity to our members, Shannon Airport was a major topic. We were heartened by the Tánaiste’s comments that he favours positive discrimination towards regional airports in the period ahead. Crucially, the Tánaiste noted that supports are permissible under EU guidelines for regional airports with passenger numbers of less than 3 million and are not limited to the period of the COVID economic recovery.

“We look forward to the details of this support emerging, and believe it is critically important that any funding for route development should take into consideration the wider economic impacts of links to strategic hub airports and not narrowly focused on tourism routes. Positive discrimination in favour of non-Dublin airports will drive increased passenger numbers and economic benefits to the regions and will be a step forward in achieving balanced regional development and Government’s Project Ireland 2040 goals.”

Tánaiste and Minister for Enterprise, Trade and Employment Leo Varadkar

Ms Ryan also said that high on the agenda of the meeting was developing the Shannon Estuary as a hub for offshore renewable energy. “The business community understands the incredible economic potential that offshore floating wind offers the region. A Shannon Foynes Port Company report in 2020 estimated that as many as 30,000 jobs could be created if we can coordinate nationally to realise this opportunity.

“The Shannon Estuary is one of Europe’s deepest water courses and has proximity to the unrivalled winds on the Atlantic. When combined with anticipated investment to strengthen port, rail and road infrastructure and the advancement of floating wind power technology, the estuary and region is a golden ticket for economic development and sustainable jobs for generations.

“The Tánaiste has recognised in public commentary on a number of occasions this nationally significant potential for Offshore Renewable Energy production, and a Task Force has been announced for the Shannon Estuary to identify and put a framework in place for maximising the estuary asset. He made it clear to us in the meeting that he expects the Task Force to be in place this summer.

“We welcome this news, as there is a need for ‘whole of government’ focus to achieve this once-in-a-lifetime opportunity for Ireland to become a net energy exporter.

“The prize for the country if we get this right is enormous, and so understandably there is significant pressure on our leaders to act quickly and decisively to secure the development of green energy industry from the Estuary.

“In Europe the race for offshore wind has already started and other countries are ahead of us in terms of putting permissions, licences and investment in place to facilitate offshore wind supply chain. If we don’t act fast, other nations will be harnessing our Atlantic coast wind years ahead of us.”

Commenting on the meeting, Chamber President and Hotelier Donnacha Hurley said: “We were determined that this would be a meaningful meeting so we put all the key regional economic issues to the Tánaiste. It was valuable to hear his views as much as it was for him to hear ours. We will continue to liaise with Government Ministers towards the delivery of the changes and investments we believe are necessary for Limerick and Mid-West business to thrive.”

Shannon Airport restrictions lift with a significant increase in destinations, services, and frequencies