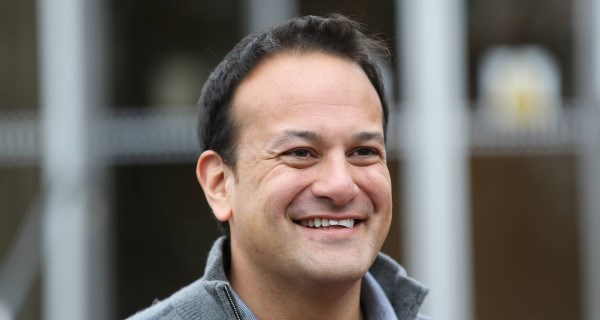 Taoiseach Leo Varadkar will make his first official trip to Limerick since taking office on Saturday, July 22, 2017, to attend The Foynes Air Show which is supported by the Irish Aviation Authority (IAA).

The show is part of the Aviation Ireland campaign by the IAA with Foynes being the focus for the Western seaboard and Bray Air Display catering for those on the East coast.

The Naval Ship the LE Niamh will also be docked at the port in Foynes for the duration of the show while military and civilian aircraft from all over Europe entertain the crowds from 1.30pm.

“This year’s show is attracting a lot of attention from across Ireland and beyond, with European TV crews applying to film what promises to be one of the biggest events along the Wild Atlantic Way this year,” said Margaret O’Shaughnessy, Foynes Air Show Festival Director.

“Despite the international enthusiasm for the event, the Foynes Air Show remains a free family-focused event, attracting local people and holiday makers from all over Ireland every year.”

She continued: “We are delighted to have An Taoiseach coming to the Foynes Air Show as our special guest, and look forward to welcoming him to Limerick for the first time since taking up office. He is, of course, no stranger to Foynes having visited the Foynes Flying Boat and Maritime Museum twice as Minister for Tourism.”

This year spectators can expect to be entertained by up to 30 of the world’s most famous and iconic aircraft including the Catalina which has strong historical links to Foynes and the newly refurbished DC-3, which revolutionised air transport in the 1930s and 1940s.

As many as 17 dare devil acts will entertain the crowd in the 3-hour never before seen spectacle over the skies of West Limerick. Among the headline acts are the Spanish Air Force F-18 jet, British Spitfires, and Viggen jet flown by the Swedish Air Force and a pair of Vampires from Norway.

Eamonn Brennan, Chief Executive of the Irish Aviation Authority said, “Aviation is a hugely important economic driver for our country and this year under the IAA’s “Aviation Ireland” campaign we are supporting not just one but two spectacular air shows over the same weekend at Foynes and at Bray, making this year an extra special one for fans of aviation across Ireland.”

He added: “We see this as a great avenue to raise the profile of aviation and to generate an interest in our industry.”