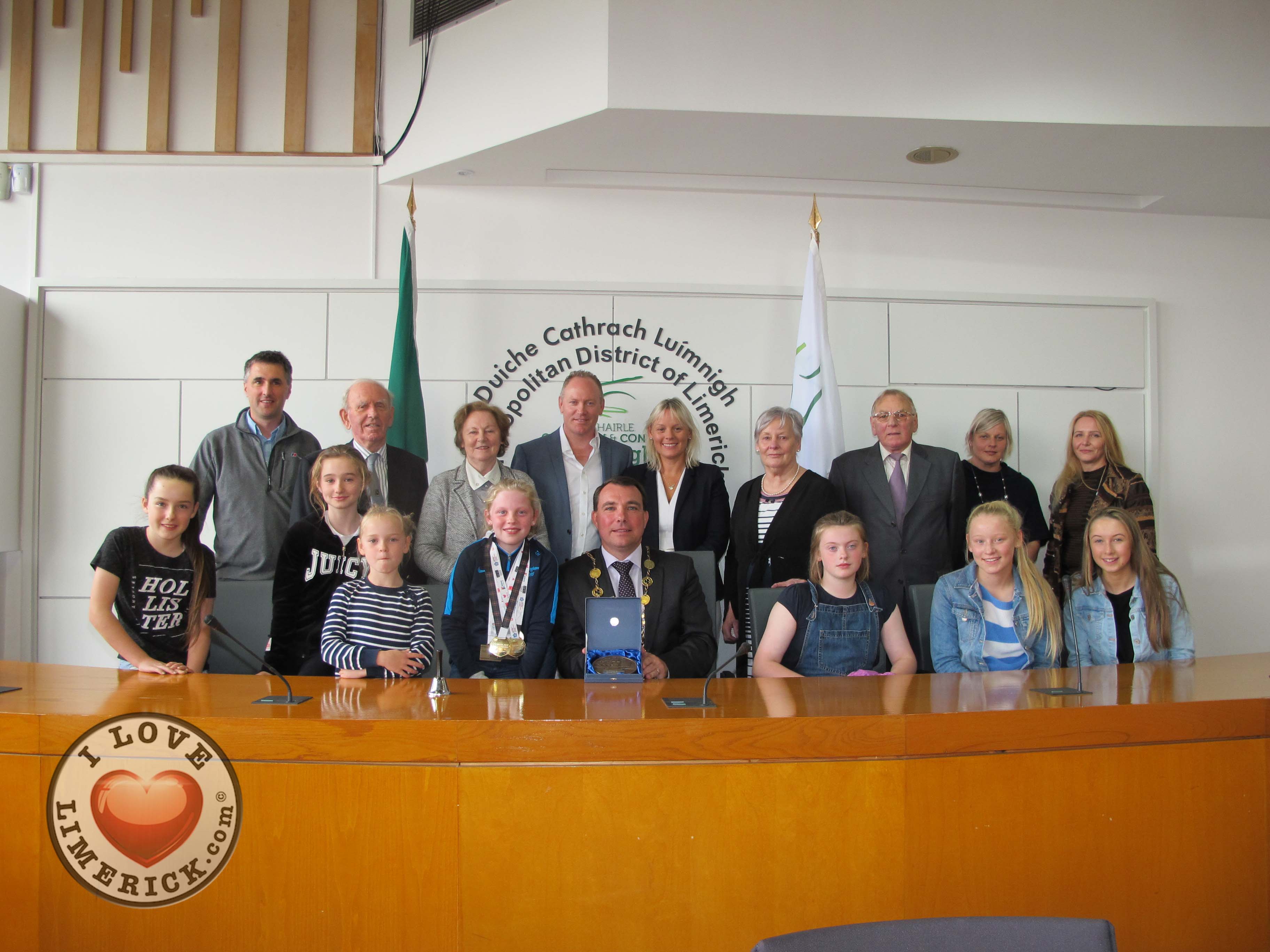 Tara Madigan received the Mayoral Reception on September 19  in recognition of her achievements in the British Transplant Games. Picture: Baoyan Zhang/ilovelimerick

Tara Madigan, the 11-year-old girl from Castleconnell, received a lifesaving liver transplant in 2012 at King’s College Hospital in London.

Then in this year, she won three gold medals in the 3k mini-marathon, 50-metre sprint and the long jump, during the games in Glasgow which brought delight to both her family and the donor’s family.

“I delighted that we could see a lot of young people achieving in sports. We should participate in sports and everybody should be involved,”  said Mayor Collins.

Cllr James Collins, Mayor of the City and County of Limerick hosted the Mayoral Reception on September 19 for Tara Madigan in recognition of her achievements in the British Transplant Games. Picture: Baoyan Zhang/ilovelimerick

“I think Tara has been very successful of winning championships and gold medals. It is important to continue involving in a team in sports.” he continued.

A short presentation was at the scene for recognizing the young athlete ’s progress.  Her goal in the long jump has been backing up her success last year with a leap of 3.52 metres. It was a sporting feat befitting her legendary great-grandfather, the great Mick Mackey.

Tara comes from a sporting family but she linked up with Ireland’s Fittest Family to launch Irish Kidney Association’s Run for Life this year.

Tara’s sporting talent should come as no surprise as her great-grandfather was the hurling legend, Mick Mackey. “Tara has the sporty gene in her blood. Tara shows that it is possible to achieve anything and achievement comes from hard work,” said Cllr Elena Seca. Cllr Seca also wished Tara best of luck and success in the future.

Has your business sponsored Limerick Mental Health Ball 2018 yet?