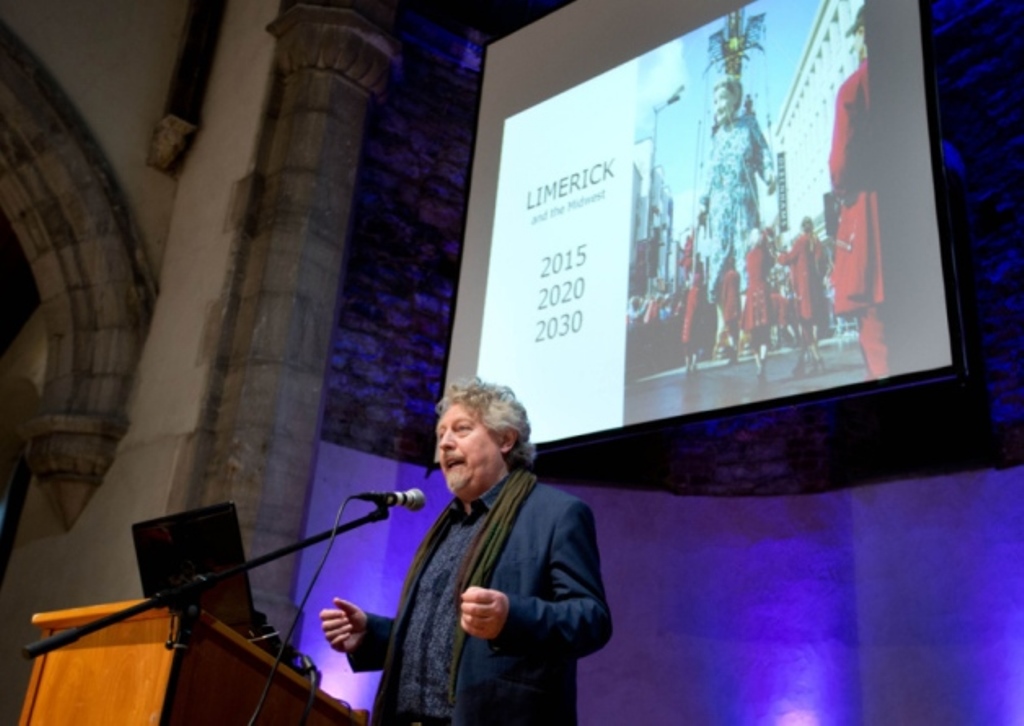 Team created for Limerick bid for European Capital of Culture 2020

Last November, Limerick City of Culture made the decision to bid for the designation of European Capital of Culture 2020 and on January 30, the local authority announced the creation of a team to work on preparing the bid for Limerick.

Mike Fitzpatrick, Limerick National City of Culture Director, will lead the team and continue to be seconded within the local authority for the duration of the bid process which has to be submitted to the Department of Arts, Heritage and the Gaeltacht by October 2015.

The team, which also includes a number of Limerick City and County Council staff, Sheila Deegan, Arts Officer, Helen Creed, Kathy O’Grady and Evelyn Noonan, will continue to be based at Culture House in No2 Pery Square for the purposes of coordinating the bid.

Mike Fitzpatrick said he’s “looking forward to the challenge” of leading the Limerick bid to become European Capital of Culture 2020. “We’ve had a fantastic 12 months in Limerick and now our aim is to maintain the climate of support for culture that has been achieved in 2014, and grow that support over the next six years to enhance the range, diversity and European dimension of our cultural offering,” he said.

“The bid process is all about widening access and participation in culture, strengthening the capacity of our cultural sector and raising our international profile as a result. We’ll have tough competition from other Irish cities but I’m confident that Limerick will put forward a strong and ambitious bid.  I’m looking forward to working with the many stakeholders that created a momentum in 2014 including communities, organisations, businesses, educational institutions and the cultural sector, to create the best bid possible.”

President of Limerick Institute of Technology, Dr Maria Hinfelaar, has welcomed the announcement that Mike Fitzpatrick will lead the bid. “I am delighted with Limerick’s ambition to attain European Capital of Culture status in 2020,” she said. “The National City of Culture year 2014 is only just behind us and we are brimming with confidence. We are very proud to once again see Mike Fitzpatrick, the Head of our world-renowned School of Art and Design, fulfil a lead role. We will support limerick and of course Mike in every way we can.”

To start preparations for the 2020 Bid, the several groups involved in Limerick National City of Culture are being encouraged to meet this week to discuss the past year, how they can contribute to the cultural strategy for Limerick and the future of culture in the Mid-West.

A shareholders group, led by the local authority and comprising cultural, community, educational, business interests and public representatives, will also be set up to oversee Limerick’s preparations for a bid proposal. The 2020 selection will be given to both Ireland and Croatia. The selected city is expected to be announced in early 2016.

Related Topics:communitycultureeuropean capital of culture 2020Limericklimerick city of culture
Up Next