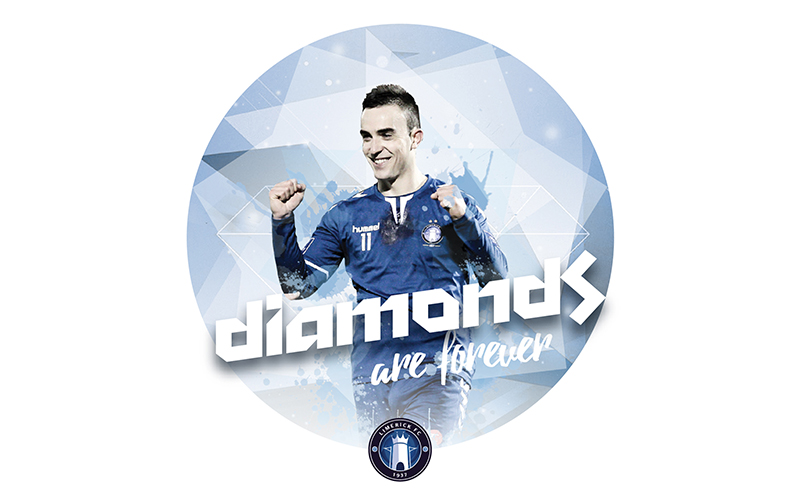 Testimonial Match for Limerick FC Legend Shane Tracy Announced – This season marks Tracy’s tenth in the Limerick blue and the club has rewarded the former Arsenal youths loyalty by staging a game between a Shane Tracy XI and the current Limerick FC playing squad.

Limerick FC’s longest serving player Shane Tracy will be having his testimonial match on Saturday, September 16th at the Markets Field (kick-off 6.30 pm).

This season marks Shane’s tenth in the Limerick blue and the club has rewarded the former Arsenal youths loyalty by staging a game between a Shane Tracy XI and the current Limerick FC playing squad.

Shane Tracy joined Arsenal after being spotted playing for his local side in Limerick, Wembley Rovers. He joined ‘The Gunners’ in August 2005 and made more appearances than any other player for the Under-18s, scoring twice from 28 outings. In the 2005-06 season, Shane stepped up to the reserve side making eight appearances at that level.

Shane was released by Arsenal in 2007 and returned home to sign for Galway United. At the start of 2008, he went to Limerick on loan, returning to Terryland Park in July of that year.

In April 2009, Shane signed a permanent deal at Limerick FC and made his first appearance as a Limerick player in an EA Cup tie against Wexford Youths on 13 April ’09. He went on to make 26 league appearances that year and he added 32 more in 2010, also scoring eight times in the league as Limerick finished fifth in the First Division.

Shane stayed with Limerick for the 2014 season, his sixth at the club and he made twenty-three league appearances, scoring three times, as Limerick finished sixth in the Premier Division table.

After missing the 2015 season Shane went on to make twenty-five league appearances in 2016 for Limerick, scoring twice, as the Super Blues secured a relegation playoff spot on the last day of the season.

Children will be allowed free entry and it will be 10 euro entry for adults. Shane has announced that he will be donating some of the proceeds from the game to the Assistance Dog Programme at the Irish Guide Dogs.

Shane said of the announcement: “It does feel extra special.  Every year has progressed and so has the club. It’s great to be part of it. It’s very rare in this league that you get a testimonial.”

The game takes place in association with the Castletroy Park Hotel and promises to be an entertaining evening. Please come along to support one of Limerick FC’s most loyal stalwarts and also to get behind a great cause.