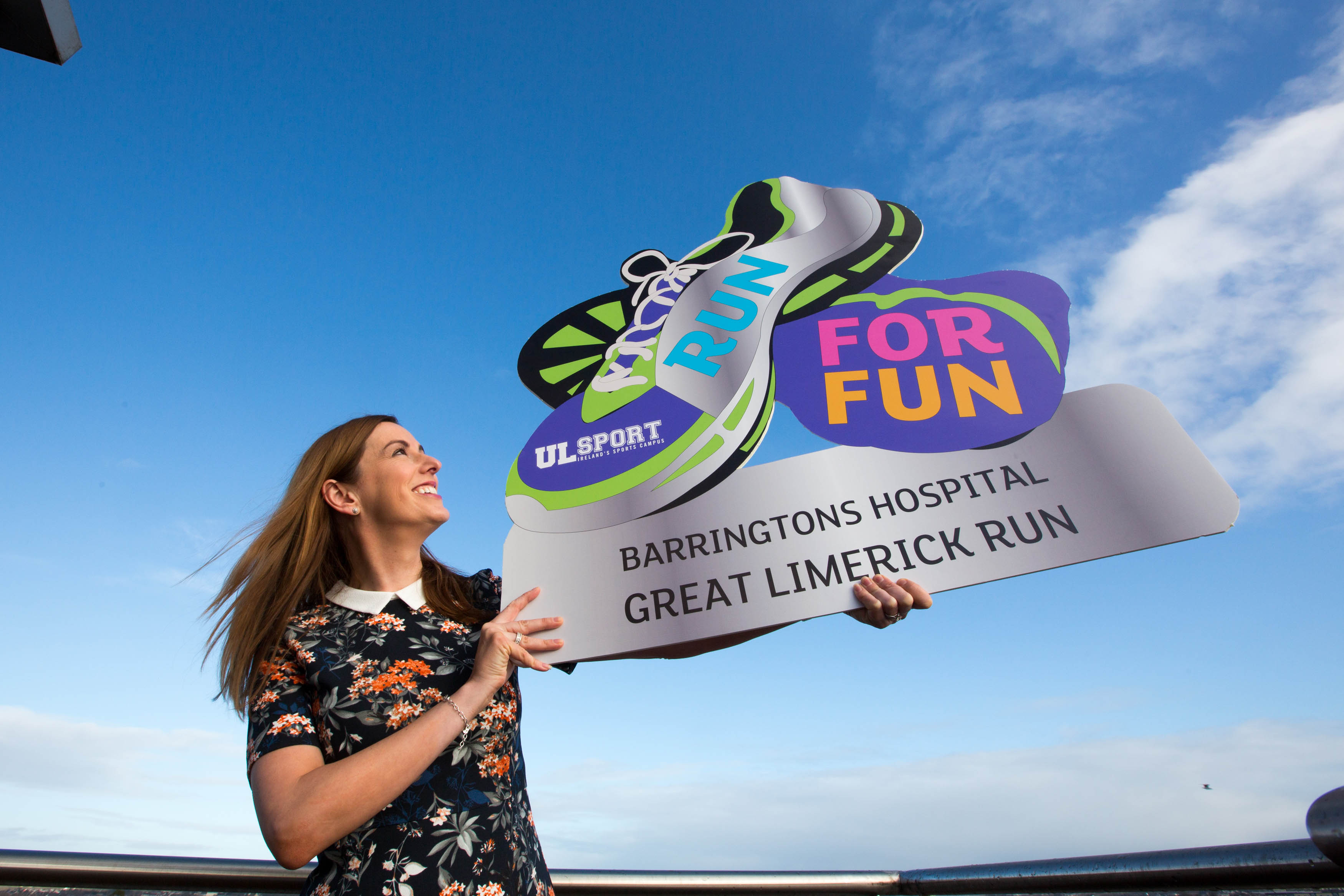 One of Ireland’s largest mass participatory sporting events, The 7th Annual Barringtons Hospital Great Limerick Run, was launched in the Strand Hotel this Monday. The race is estimated to deliver a welcome €5m boost to the local economy over the course of the May bank holiday weekend.

The organisers of the 7th annual Barrington’s Hospital Great Limerick Run expect to exceed last year’s participant numbers of 14,200 based on the current increased level of early registrations that have taken place with nearly 2,000 already availing of early bird discounted race entries over the three race distances.

The run is now the largest mass participatory event outside of Dublin and the only annual ‘Tier One’ event in the Mid-West region.

Speaking at the launch of the 2016 event, Race Director, John Cleary confirmed that the Munster Athletics Council have now designated both the marathon and half marathon as their official Munster championship races. This designation which will entice higher numbers of competitive athletes chasing personal best race times is a reflection on the growing status of the BHGLR as a premier running event.

“I also wish to acknowledge the huge levels of support from the people of Limerick and beyond who have demonstrated in numbers both participating and watching year on year that the Barrington’s Hospital Great Limerick Run is now a firm favourite on the Irish sporting calendar,” he said.

“The public private partnership model has allowed us as race organisers to deliver a world class event to Limerick with an economic value in 2016 estimated now in excess of €5 million to the local economy according to the latest Council’s Economic impact report. The support and commitment of Barrington’s Hospital as title sponsor along with Limerick City & County Council and other commercial and statutory sponsors including sports apparel company Brooks UK & Ireland reflects the confidence that all stakeholders and partners have in the future growth potential of the event.”

In anticipation of the increased demand for places in the children’s ‘UL Sport Run for Fun’ which takes place in the University of Limerick on Saturday 30th April, capacity has been extended to accommodate 3,500 children which is now the largest children’s event nationally.  To date the ‘UL Sport Run for Fun’ has raised over €75,000 for those primary schools with participating children. Speaking at the event Jan O’ Sullivan Minister for Eductaion and Skills mentioned the concern in Ireland regarding poor fitness levels amougnst young people in Ireland. “I’m delighted to see young people get involved in a fun event greatly helps in terms of that issue”.

“We are proud to continue our title sponsorship of an event that promotes Limerick in a positive manner on a national and international scale,” he added. Since we became title sponsors we have worked with the team on many aspects of the event to ensure that all those participating and visiting Limerick have a memorable and enjoyable race weekend experience’’.

Denis Cahalane finished by saying “We want to see Limerick evolve, to see the run elove and want to see Barringtons evolve” and that they are “looking forward to a great event this year”.

Major Councillor Liam Galvin spoke at the event described the event as being “about participation, not breaking records”. Councillor Galvin finished by describing the Barrington’s Hospital Great Limerick Run as one of the “best Limerick events”.

From the inaugural race in 2010, over 55,000 people have crossed the finish line raising €2 million for various charities while simultaneously contributing €10 million to local and regional business.

Interesting statistics on the Barrington’s Hospital Great Limerick Run to date include: