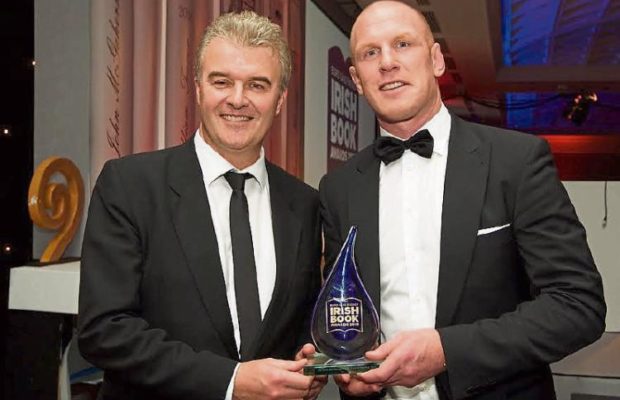 Paul O’Connell and his co-writer Alan English have won a major UK sports book award for The Battle at a ceremony in Lord’s Cricket Ground.

The former Munster, Ireland and Lions captain won the award for Arbuthnot Latham Rugby Book of the Year at the Cross Sports Book Awards on Wednesday night for The Battle, his autobiography which was co-written with former Limerick Leader editor Alan English.

Mr English, now group editorial director with Iconic Newspapers – the company that owns the Leader – tweeted that he was “Delighted The Battle has won Rugby Book of the Year at Lord’s cricket ground tonight. Massively enjoyed working with the great @Paul_OConnell”.

Alan English co-wrote the autobiography with O’Connell. The pair worked on the book for over seven years and are said to be thrilled by its success. Despite only being released in October, by November the book had shot straight to number one on the Irish bestsellers list and has received excellent reviews from critiques and fans alike.

Upon receiving the award for Irish sports book of the year at the Bord Gais Energy Book Awards, Paul said “As a rugby player, I feel very out of my depth intellectually here tonight. I never thought I’d share an awards stage with Jilly Cooper or John Montague for that matter.”

“I think to write a book about yourself is a difficult thing to do. For me anyway, I felt very awkward. I still feel awkward when I walk past it in a shop and see it for sale. I was really happy with what we produced, and a big part of that was down to the work, commitment, passion and ambition that Alan English had for the book, so I really want to thank him for that.”