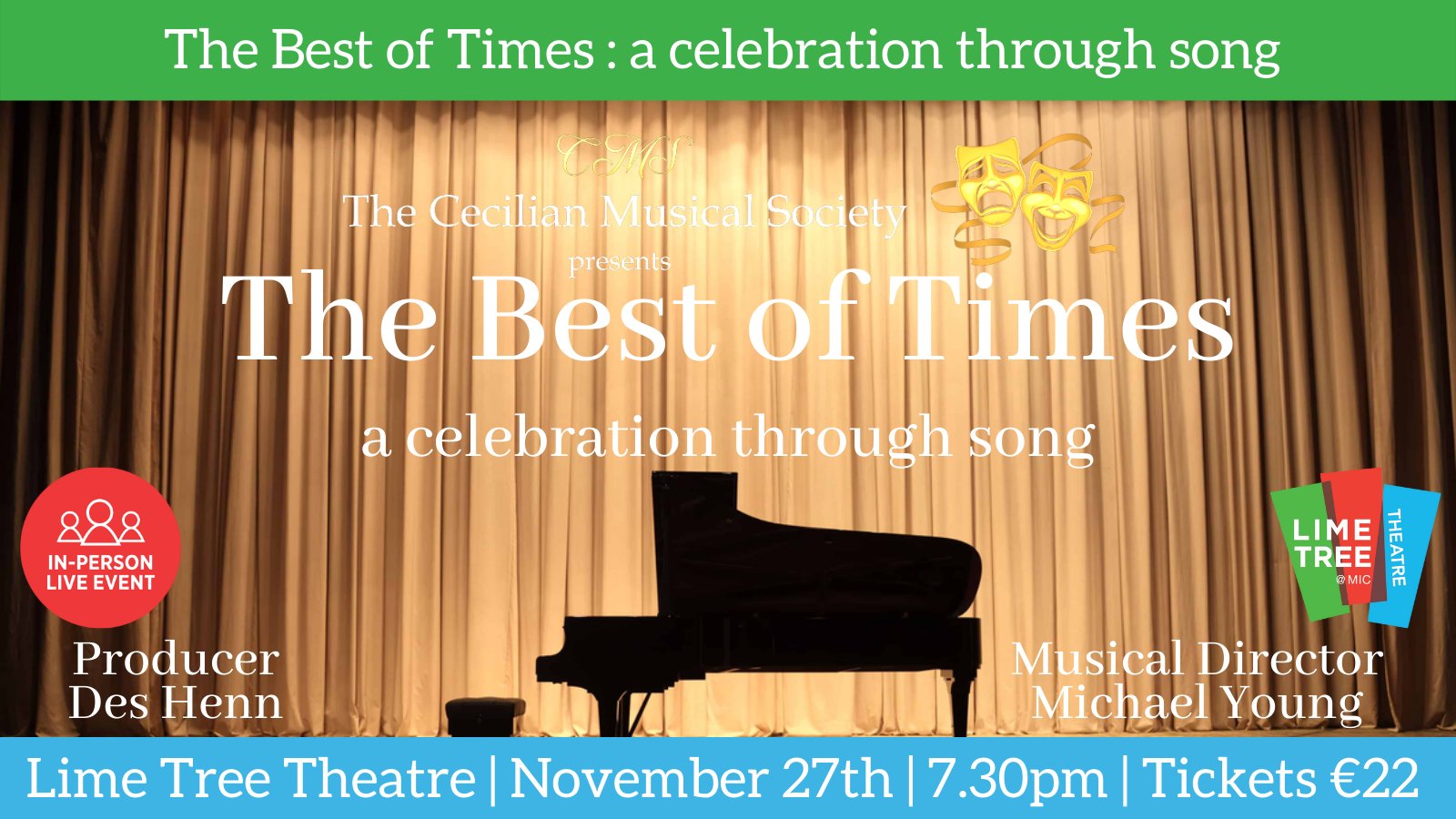 The Best of Times – The Cecilian Musical Society will perform an evening of hits from past showcases on Saturday, November 27.

The society are delighted to return to the stage for the first time since their pre-pandemic, 100th anniversary showcase of Chitty Chitty Bang Bang in 2019.

Cecilian Musical Society are delighted to return to the stage for the first time since their pre-pandemic, 100th anniversary showcase of Chitty Chitty Bang Bang in 2019.

The group will perform an evening of hits from past showcases, entitled ‘The Best of Times’. The concert will take place for one night only on Saturday, November 27 at the Lime Tree Theatre.

With an illustrious history spanning over a century, the Cecilians reel in the years with a night of favourite showstoppers including songs from Oliver, Grease and West Side Story.

The musical numbers will be performed by a stellar ensemble of memorable Cecillian stalwarts, in addition to young stars on the rise.

Nigel Dugdale made his stage debut in the Cecilian Musical Society production of Oliver over 30 years ago! For Nigel, well known from roles with Limerick Musical Society, Torch and College Players and Bottom Dog Theatre Company – his return to the Cecilians represents something of the closing of a circle that began in 1991.

The Cecilian Musical Society Chairperson, Hilary Phayer, spoke of the group’s eagerness to perform for a live audience.

“The Cecilians are delighted to finally be back on stage for what promises to be a great night, as we reminisce on what we have achieved in our hundred-year history,” said Ms Phayer.

The Cecilian Musical Society present:
THE BEST OF TIMES: A celebration through song.

We are delighted to announce the ensemble and the guest performers taking to the Lime Tree Theatre stage on Sat Nov 27 at the earlier time of 7.30pm.

“Having assembled one of our strongest casts in recent times, musical director Michael Young and producer Des Henn have been putting the cast through their paces to ensure that we again reach the highest of standards. The talented production team are aiming high with this and promise to give audiences a special night of song.”

Limerick’s longest-running musical society, The Cecilians were formed in 1919 as the Crescent Operatic Society. Originally producing choral and orchestral concerts, the group embarked on its first drama, a pantomime, in 1947. The society has staged an incredible 140 shows to date.