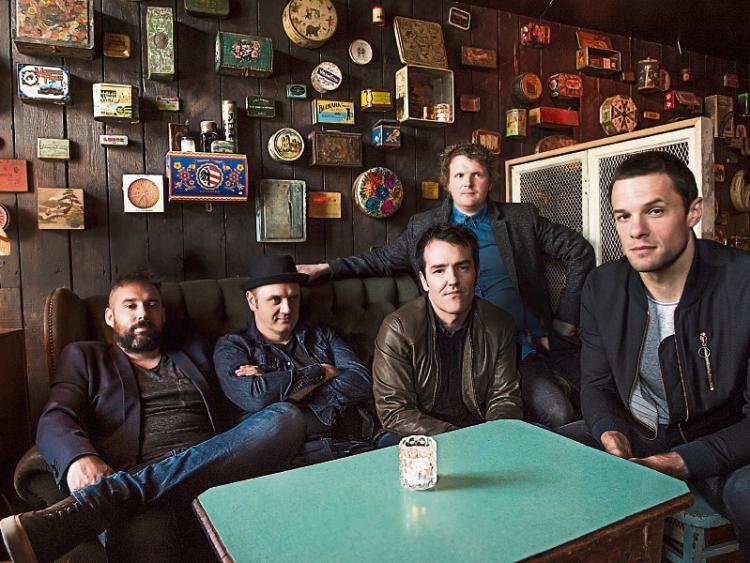 The Blizzards return to Limerick for their Big Top performance

The Blizzards are set to return to Limerick with their performance in the Big Top this Friday, December 16 at 7pm.
The Mullingar five piece will be gratefully returning to the stage after a six-year break. The Blizzards.

The band, which is comprised of members Niall Breslin, Anthony Doran, Declan Murphy, Justin Ryan and Aidan Lynch have created a large fan base since their formation back in late 2004.

Since the bands’ formation, they have taken the country by storm playing at various Irish festivals including Indiependence and Electric Picnic as well as releasing two singles entitled ‘Drop Down the Anchor’ and ‘Perfect On Paper’.

‘Perfect On Paper’ was premiered September 7 on Today FM and it is set to be released on October 7, 2016.
These chart toppers have previously released seven charted singles and two albums. Their debut album, ‘A Public Display of Affection’, was released back in October 2006 achieving a double platinum status in Ireland. Their second album, ‘Domino Effect’ was released in 2008, entering the Irish Singles Chart at number two. Their top three tracks are: ‘Trust Me, I’m A Doctor’, “The Reason”, ‘Postcards’ and ‘Buy It Sell It’.

The Blizzards have shared the stage with musical gurus such as Oasis, Kaiser Chiefs, The Prodigy and AC/DC.
The blizzards are multiple meteor award nominees and winners. They received the award for Best Irish Live Performance at the 2009 Meteor Awards. They were also nominated in the category of Best Irish Pop Act at the 2010 Meteor Awards.

Adare Monopoly leading square on the brand new board for Limerick