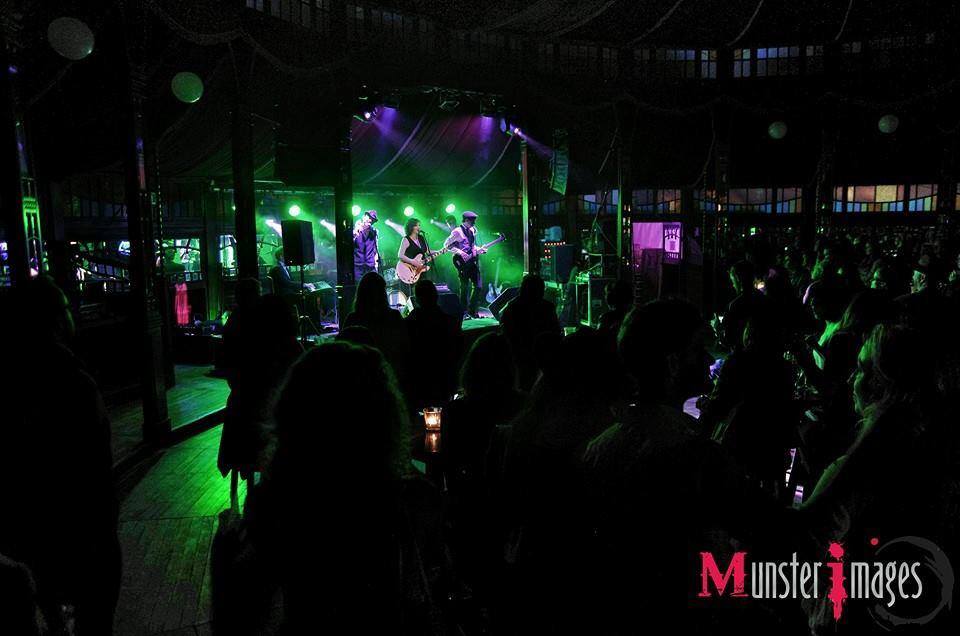 The Brad Pitt Light Orchestra return to The Spiegeltent

Photo above from last year’s gig, courtesy of Munster Images.

Having had the pleasure of gracing the Spiegeltent stage for the inaugural ‘Culture and Chips’ in 2014, The Brad Pitt Light Orchestra are delighted to return on June 1st as this exciting quirky festival enters its second year.

It has been a busy time for the band who, last November, enjoyed a world premiere of ‘The Unlucky Cabin Boy’. This musical theatre project saw their songsmith, David Blake, write songs and lyrics for the show with script written by Mike Finn and directed by Paul Meade of Gúna Nua as part of Limerick City of Culture 2014. The band performed and acted alongside actors to tell this tragic and moving true story. It has been confirmed that the show will tour in November 2015 in Limerick, Cork, Galway and Dublin.

The band will also be touring ‘Moondance: The Morrison Project’ which will see them playing them music of Van Morrison translated into the Irish language alongside Liam Ó Maonlaí and Hilary Bowe.

If you want to catch them playing their own wonderful music in the unique and beautiful setting of The Spiegeltent be sure to head to Arthur’s Quay Park on June 1st for what promises to be an unmissable event.

For more information on the Culture and Chips festival, check out the website here.

Mindful Walk from Mizen Head to Malin Head for MyMind