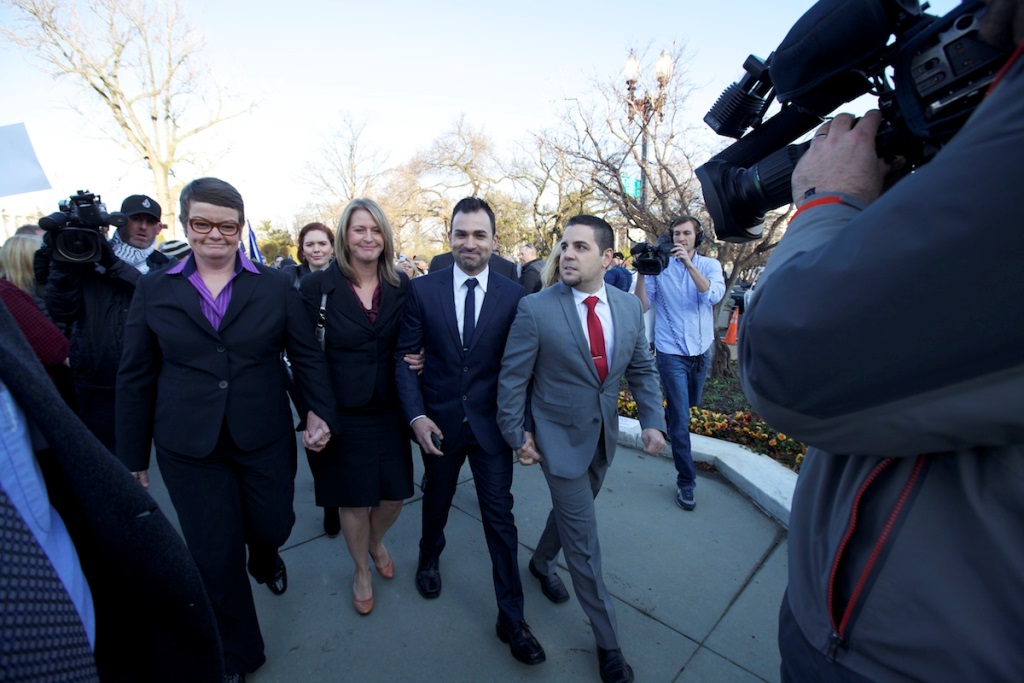 The Case Against 8 at the Lime Tree Theatre

Pictured Above: The Case Against 8 – Dogwoof Documentary. Picture by: Diana Walker.

The Case Against 8 documentary takes place on Wednesday April 15 at 8pm in the Lime Tree Theatre on 69 O’Connell Street.

This riveting documentary follows the historic case to overturn California’s ban on same-sex marriage; a journey that took five years of setbacks and victories, ending up at the Supreme Court in Washington.

Told from the perspective of the two couples selected as plaintiffs, and from that of their legal team – the previously combative “Odd Couple” pair of US Solicitor General under George W Bush, Republican Ted Olson, and his opposing counsel in the Supreme Court Bush v. Gore trial, Democrat David Boies.

“The Case Against 8 won the Best Director, US Documentary prize at this year’s Sundance Film Festival for its rare, behind-the-scenes insight into a major legal case, as well as the intense pressure the plaintiffs endured being the face of gay marriage.” – Melbourne International Film Festival 2014

“Grips from start to finish … a stirring civil rights film that is both cogent and emotionally charged.” – Hollywood Reporter

“An emotional tour of history in the making.” – Indiewire

A Case Against 8 trailer.

Ticket price is €7 plus €1 booking fee. You can pay at the door, or book tickets on the Lime Tree Theatre website here.