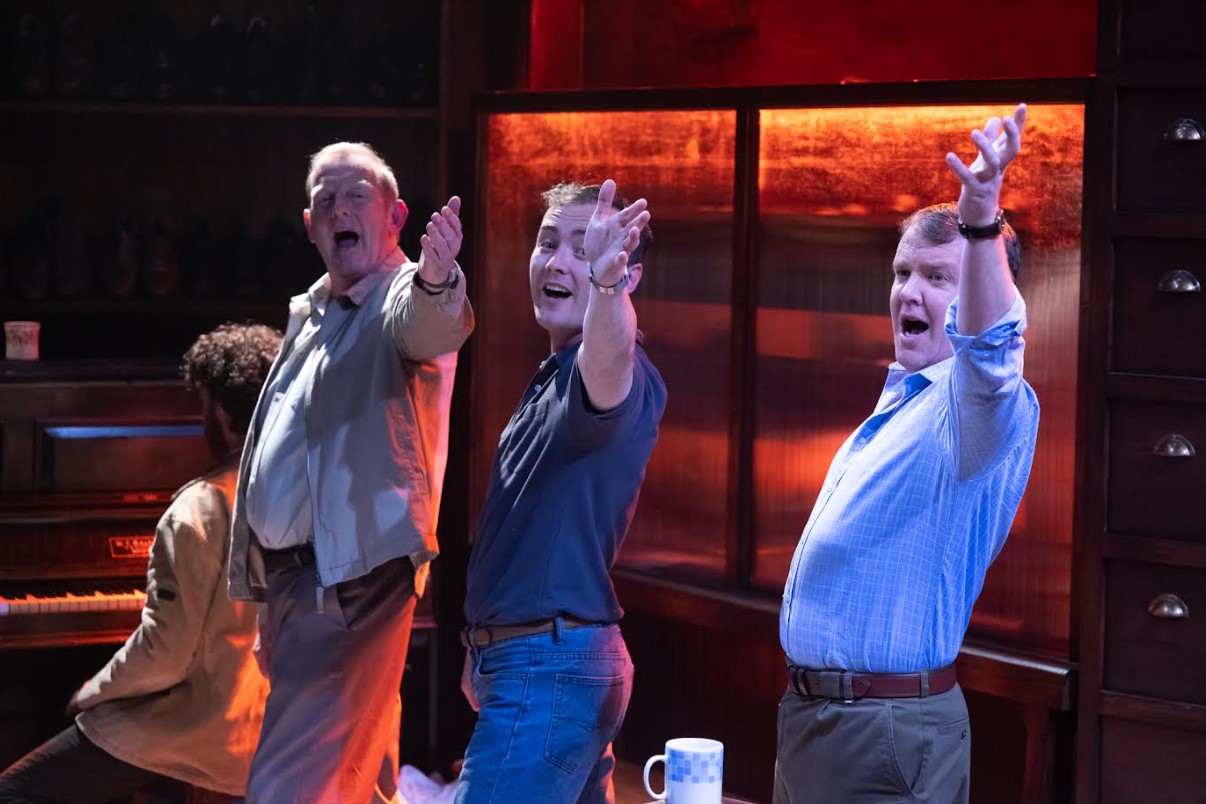 The Cavalcaders – Billy Roche’s classic memory play takes you on a journey back in time to the 1990s, to heartache, companionship and the redemptive power of song.

We are delighted to welcome Druid back to Lime Tree this June with The Cavalcaders. With an all-singing cast, the play takes us back to the 1990s, exploring heartache, companionship and song.

The Cavalcaders is a comic and tender portrait of life in small-town, pre-Celtic Tiger Ireland and the men who lived there. Terry and his friends Josie, Rory and Ted spend their days as cobblers and their nights as The Cavalcaders, a barbershop quartet of local renown. But life has taken its toll on Terry and past betrayals cast long shadows.

Billy Roche, Writer of The Cavalcaders: ‘I’m delighted that Druid have mounted a production of my play The Cavalcaders, and that their nationwide tour will weave its way to my home town of Wexford. To get to work with a powerful company like Druid is exciting to say the least, and it is all the more fitting somehow since it was Garry Hynes who commissioned the play for the Abbey Theatre in the first place, way back in 1991.’

Aaron Monaghan, Director of The Cavalcaders: ‘Billy Roche’s work has been a constant inspiration to me throughout my career, and has had a profound effect on the Irish theatre landscape. I’m beyond thrilled to be taking on this beautiful play, directing for the first time for a company I love dearly, with an astonishingly gifted cast and crew.’

Garry Hynes, Druid’s Artistic Director: ‘Billy’s play is a tender portrait of Irish society on the precipice of great change. I’m excited to see how our new production will take shape with two of my long-time colleagues and friends in the company: Druid Ensemble member Aaron Monaghan directing and fellow Ensemble member Garrett Lombard in the lead role.’