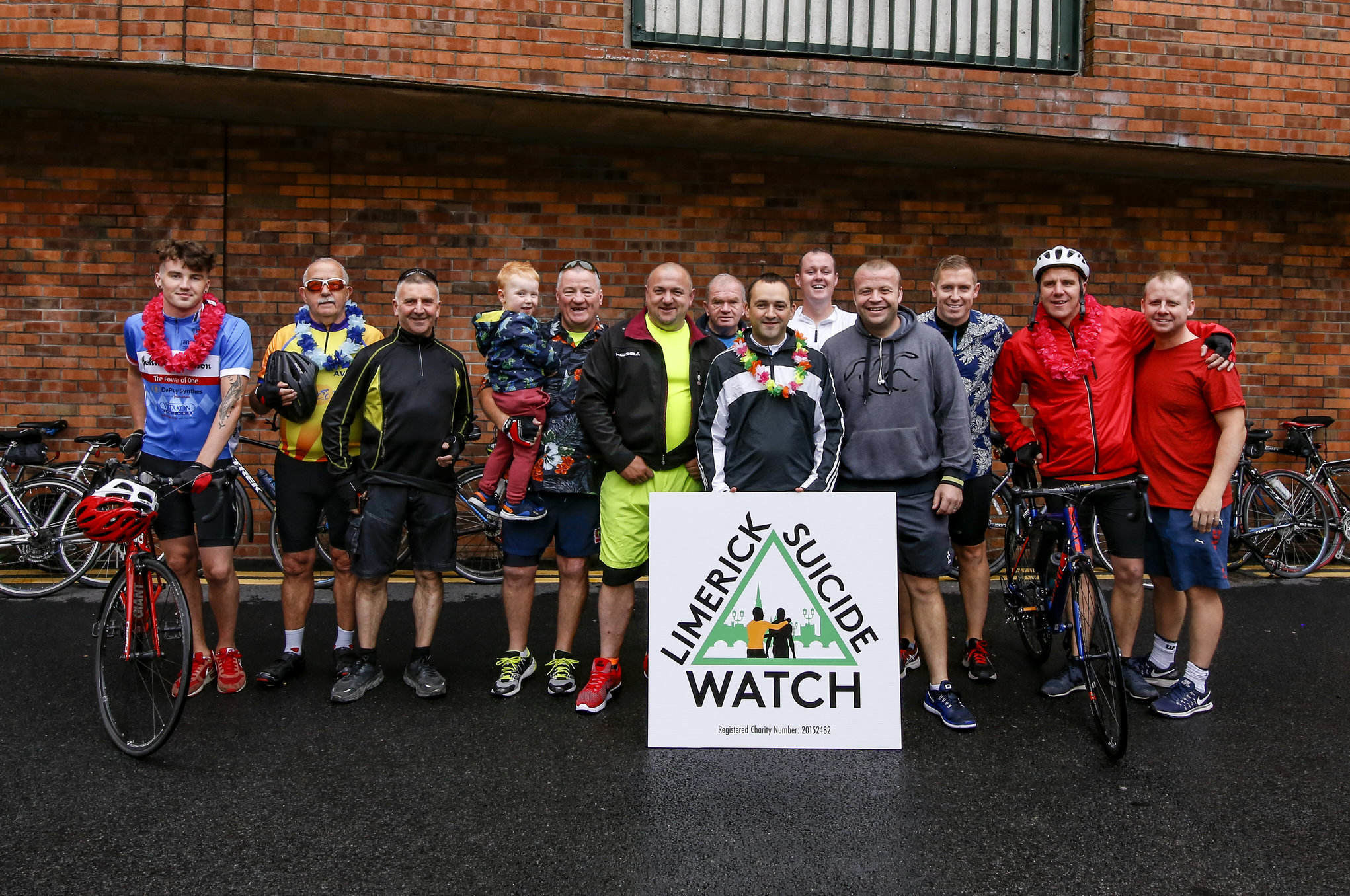 The Charity Cycle Limerick to Ballybunion approximately €20,000 has been raised so far for Limerick Suicide Watch and Milford Hospice. Photo: Pat O’Donnell.

The third Charity Cycle from Limerick to Ballybunion took place on Saturday, July 29 in memory of Sinead Mc Namara and was organised by Louise and Mark Griffin and Denise O’ Loughlin.

This year’s cycle was even bigger with the turnout of cyclist more than doubling from 30 cyclists to 76.

“We want to raise more awareness on suicide as it’s something that’s close to all of our hearts, we all have a family member or friend who was taken from us and a lot of the time charities don’t get enough funding from the government so fundraising is very important,” said one of the organisers, Louise Griffin.

The Limerick Suicide Watch charity does massive work for the Limerick City and surrounding area.  They are a Limerick based suicide prevention group reformed in 2012 that patrol between the four bridges in the Limerick city area.

The cyclists were all set for their journey to Ballybunion, dressed in Hawaii style gear for the theme of the Charity Cycle Limerick to Ballybunion. Photo: Pat O’Donnell.

Milford Hospice was included as a chosen charity as the three organisers lost a very dear friend Sinead Mc Namara to cancer this year and Milford Hospice took great care of her when she was in need of it.

The staff of Milford Hospice provides the highest quality of care to patients, family, and friends in areas of palliative care and services. Milford is a voluntary, not for profit organisation and provides a wide range of services including Milford Hospice, Milford Nursing Home and Milford Day Centre.

Drivers provided partaking cyclists with water, fruit and energy bars during the cycle and food and music were provided at JD’s pub after the cycle.

The theme of this year’s cycle was “Hawaii” and cyclist’s put on Hawaii gear before setting off from Topaz, Dock Road at 8 am. Family and friends were also welcome to join in on the dress up for a bit of fun.

“We wanted to bring a bit of colour and fun to the event as it is a very emotional day for everyone involved. A lot of work is put into it and the cause is close to everyone’s hearts,” Louise Griffin says about the cycle theme.

To find out more about Limerick Suicide Watch click here

To find out more about Milford Hospice click here