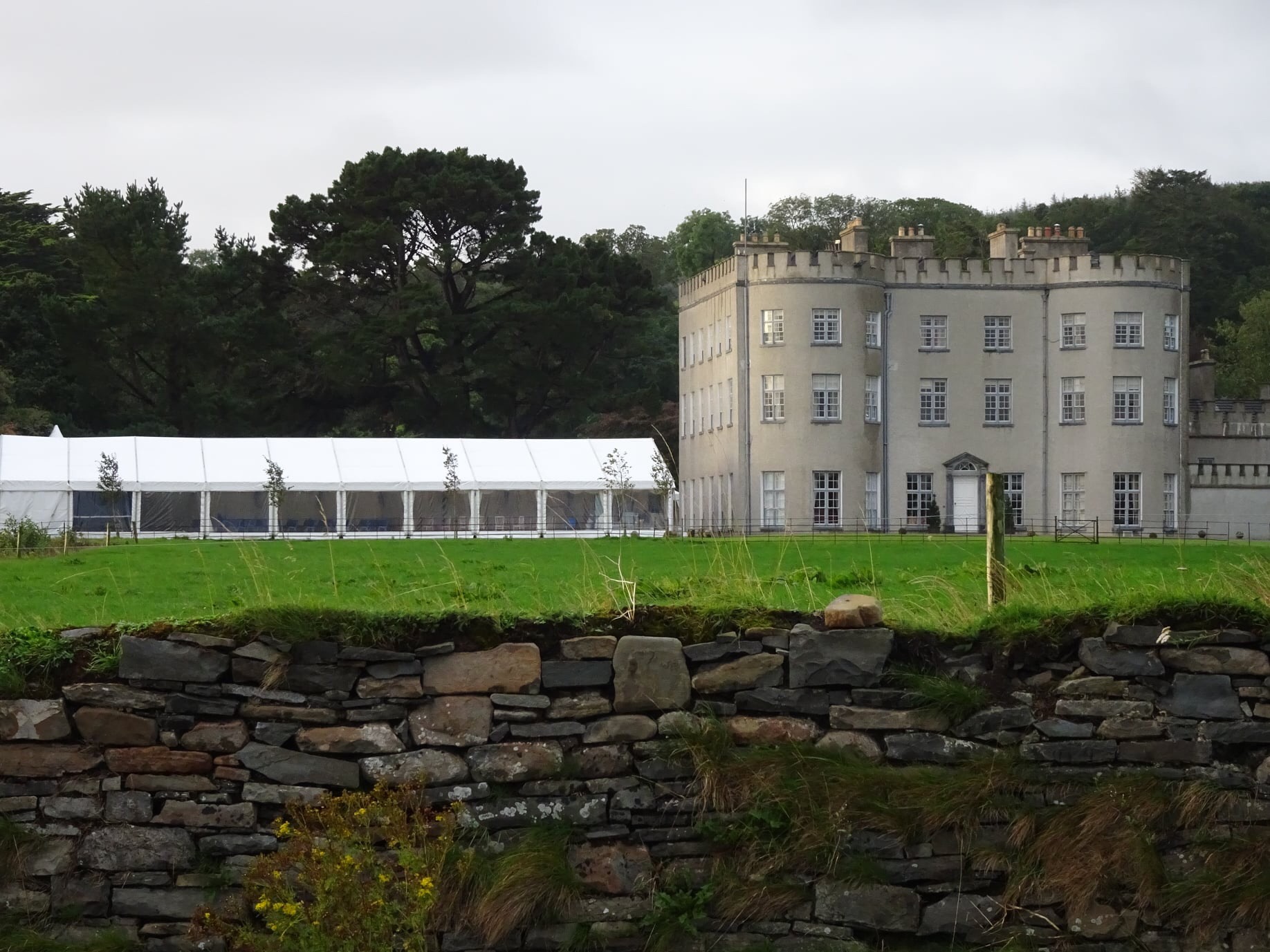 The Colleen Bawn reenactment was held in a marquee off the side of Glin Castle overlooking the place of the incident, The River Shannon. Picture: Glin Local Blog.

The play, performed in a marquee at Glin Castle on September 9th- exactly 200 years from the event, tells the tale of Ellen Hanley, a 15-year-old girl brutally murdered by her recent husband, John Scanlon and his loyal servant, Stephen Sullivan and is reenacted by Hollywood actor Dominic West alongside local actors from Glin and neighbouring villages. 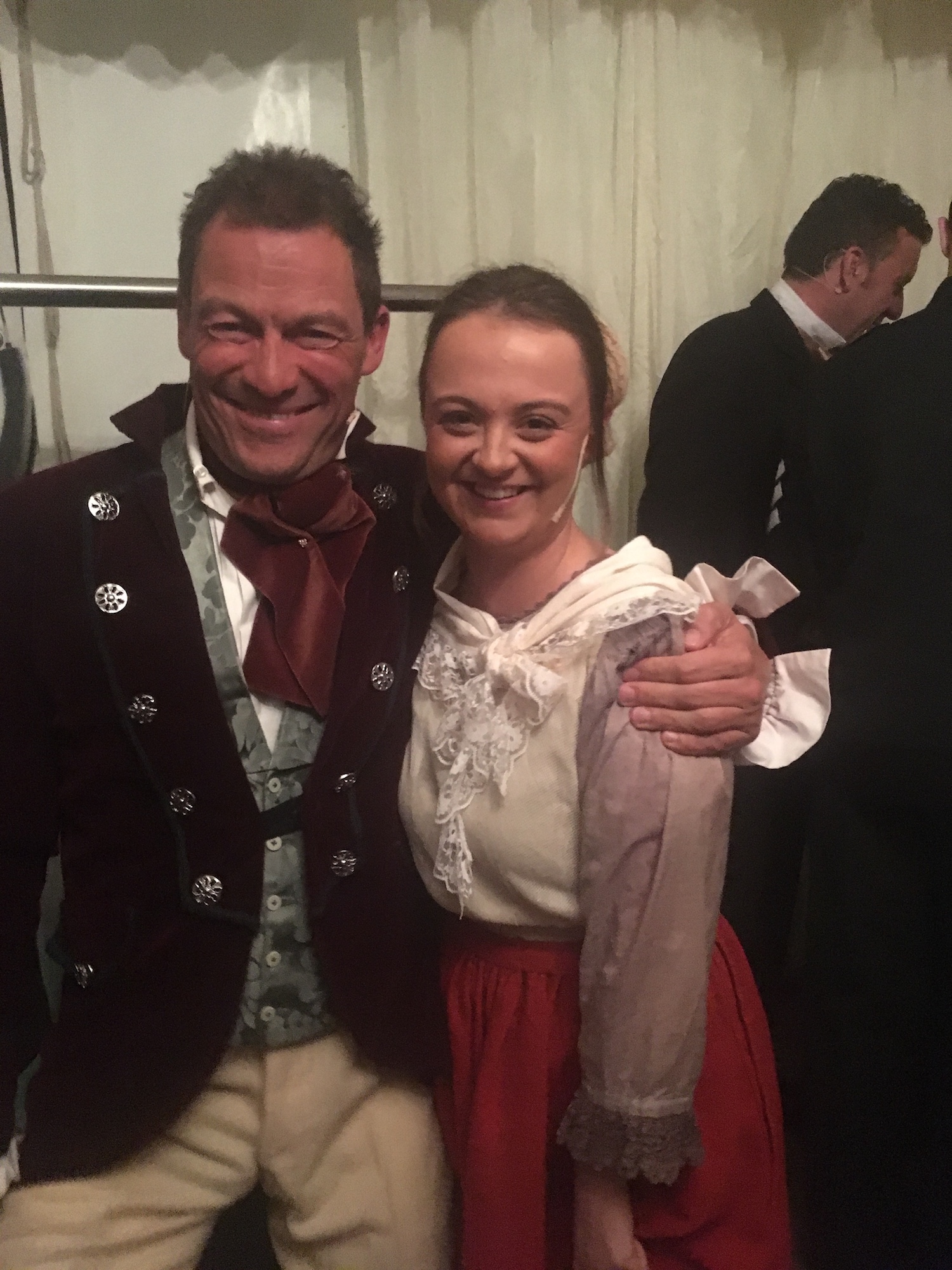 On that fateful night in 1819, with the persuasion of her husband, the newlywed Ellen played by Roisin Noonan, entered the boat to Kilrush with his servant, destined never to return.

It was here, off the coast of Glin that Stephen Sullivan, played by Pat Sheahan at John’s wishes, beat, stripped and murdered Ellen, before finally tossing her body, strapped to stones, overboard.

According to the local Glin blog, narrator and ‘The Affair’ star, Dominic said, “The Cailín Bán, the pure innocent girl, exploited and murdered by the loathsome John Scanlon, is central to the mythology of this area, for it was right here in Glin that she was last seen alive,” he said.

Dominic West, dressed in period clothing, narrated the play entitled Colleen Bawn, coming from the Irish ‘Cailín Bán meaning ‘Innocent Girl,’ accompanied by a selection of local actors and musicians fusing together to tell the tragic romance through cameo scenes of the courthouse carrying out the sentencings which followed Ellens death.

Hollywood star Dominic West’s link to Glin comes from his marriage to The Late Knights daughter, Catherine and it is through this relationship he felt a connection to the story of Ellen Hanley.

Dominic said, “My wife’s forebear, the 24th Knight of Glin, John Francis Fitzgerald, was the magistrate who sent Scanlon to the gallows and I’m extremely proud to be playing him in this exciting new production by the Abha Bhán and Glin Players.”

Having grown up listening to stories of The Colleen Bawn, Roisin Noonan from the neighboring town of Loughill, was thrilled to play the central figure and it was a role which she described, herself, as emotional. 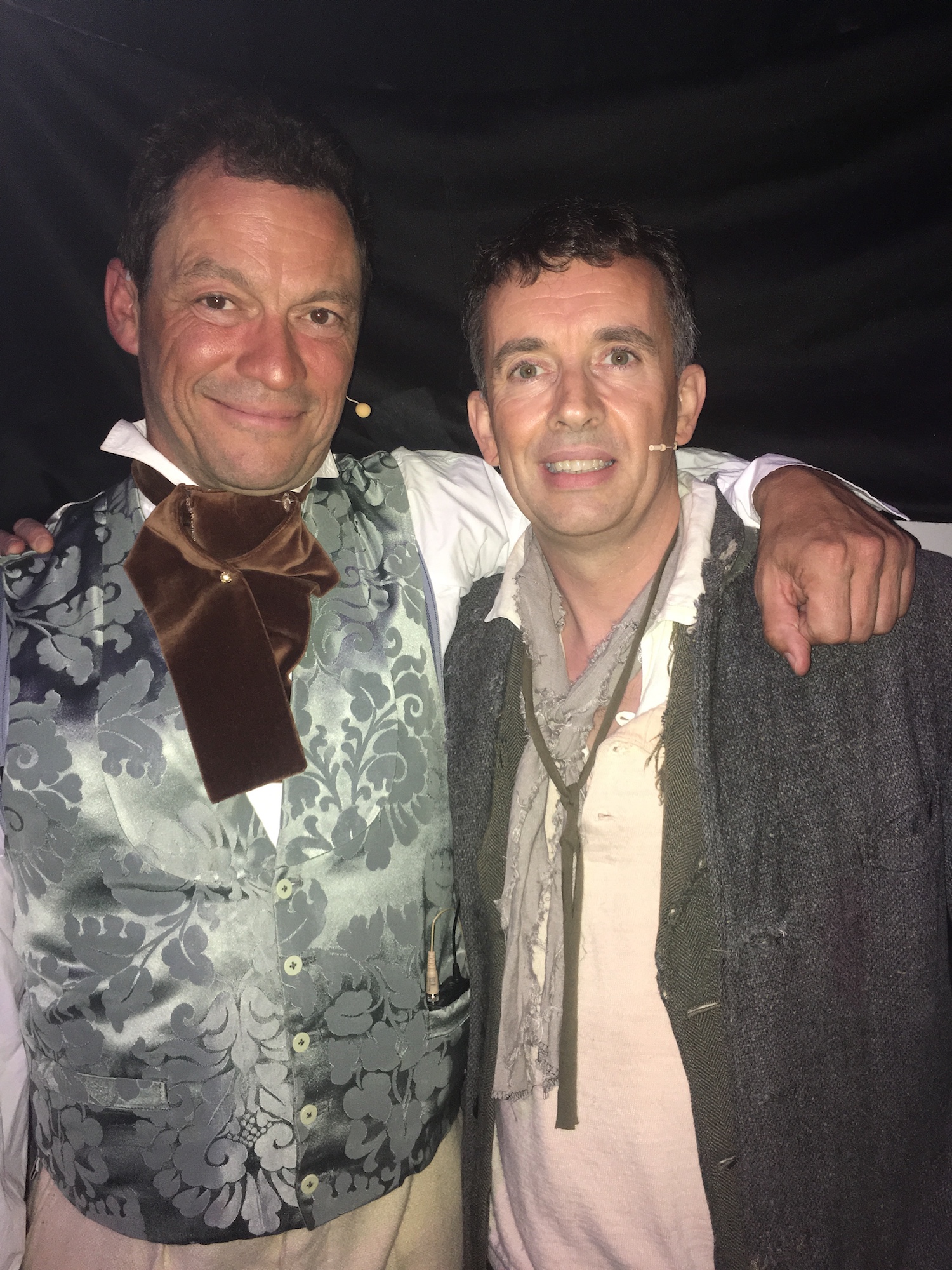 The Colleen Bawn, Roisin said “I did feel completely emotional and almost attached to the role by the end of the whole thing. In my last scene, I reappeared as Ellen’s ghost and this scene was probably the most emotional both for me and the audience. I found myself trying to imagine how she must have felt when she realised what was happening to her, and I got quite emotional each night during the scene”.

Roisin also notes the opportunity she was given to not only work alongside Hollywood actors but also her father, as being emotional also.

Roisin said, “Not to be cheesy but the experience really was a life-changing one, both by how I found a love for acting which I did not know I had and by how Ellen and her story impacted me in a way that I will never forget. I am so grateful to have gotten the chance to take part in this once in a lifetime experience, to have worked with such amazing people, including a Hollywood actor and most importantly to have been given the chance to re-tell Ellen’s tragic story and to make sure she is remembered in history”.

For more information on the Colleen Bawn click here.