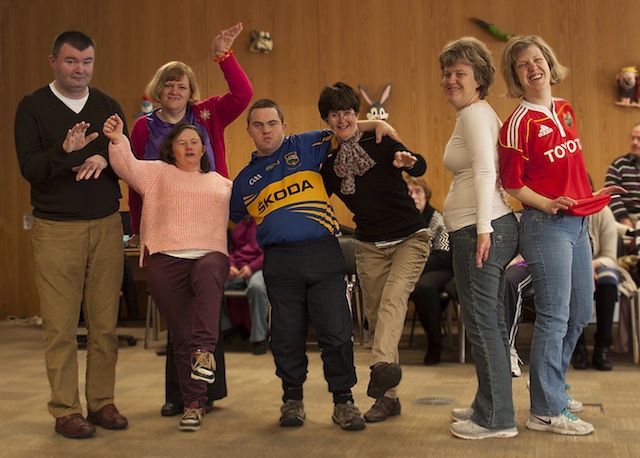 2016 marks the sixth year of the Creative Show which finds them joining forces with more artistic and community groups around the city in this journey of ‘togetherness’ through drama, dance, music and songs. This would not be made possible without the generous support of family, friends and all their performing groups. The Creative Show 2016 Presents Gullivers Travels

The Creative Show is the brain child of Angie Smalis, Artistic Director of Limerick Youth Theatre and Donal Sherlock, Manager of Daughters of Charity Service, Limerick.  It started six years ago when they sat down together to design a project that would enable people to pursue their individual life goals, create opportunities for social inclusion and provide opportunities for young people to develop their talent in the performing arts. 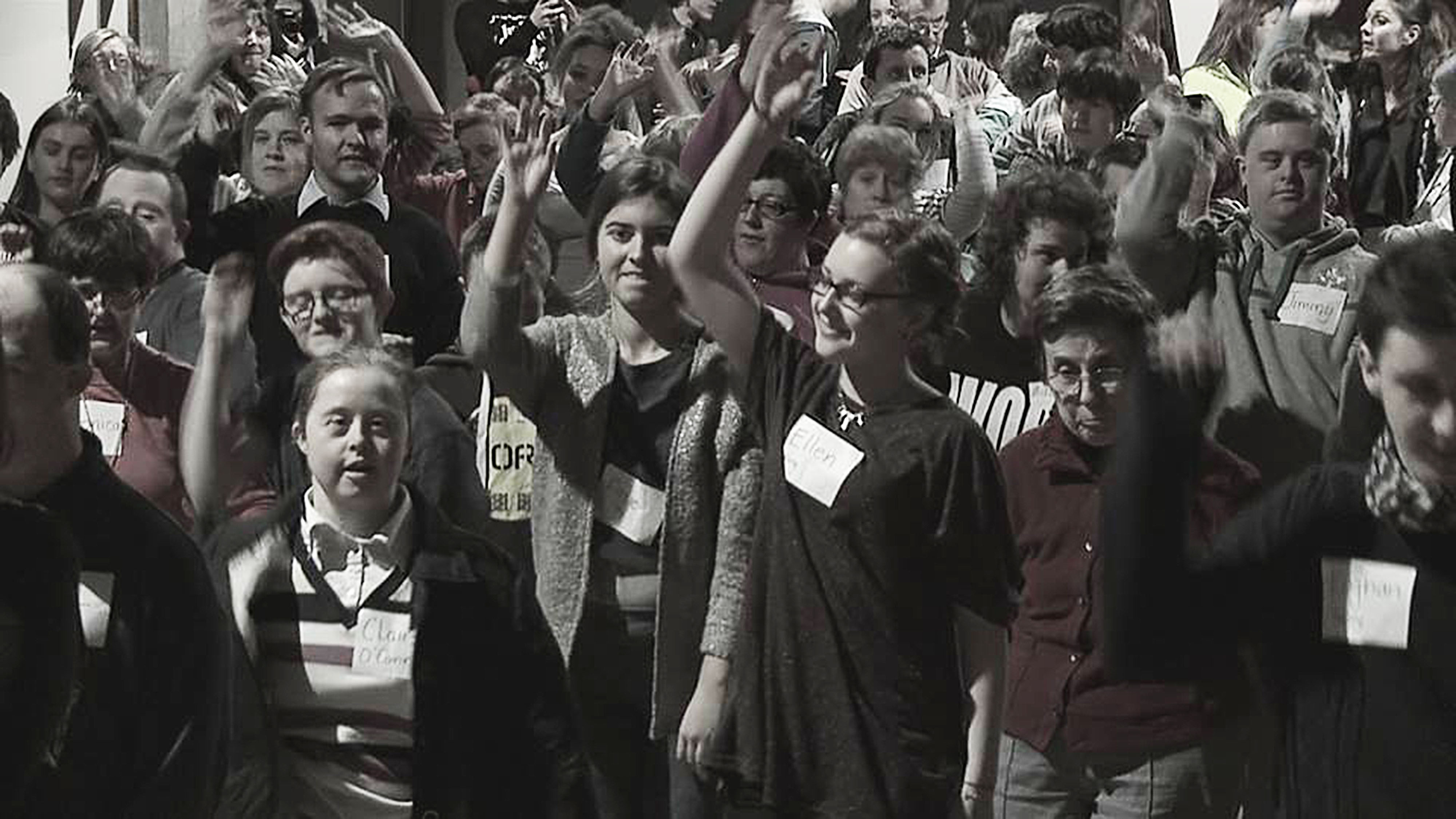 Their shared goal was to work and develop over a three-month period in devising ‘The Creative Show’. The show would be a platform that would nurture an environment of mutual support and inclusion. It would also highlight the ability and artistry of each performer. To this end, they put together a team who shared this common vision.

The team arranged auditions highlighting the aims and emphasizing that everyone from both organisation were welcome to attend. From the large number, fifty two people were selected. The first show was an incredible success with full houses 3 nights at The Belltable. The Creative Show surpassed all expectations as it enabled cooperative learning and meaningful community inclusion. It also crossed social and cultural divides by bringing together actors and dancers from different communities with diverse abilities and ages.

In 2013, given the success and growth of the show, it was decided to move from the Belltable to the larger Lime Tree Theatre. In 2014, Laurel Hill Coláiste FCJ was invited to participate and is now committed project partner. 2015 saw the introduction of Music Generation and this year the Creative Show are delighted to have Coláiste Nano Nagle, Patterns Dance Collective and Limerick Youth Dance as part of the show.

Today the core principles of collaboration, creativity and respect remain the same. The success of the Creative Show has allowed all involved to lean, develop and grows together. This year they are even greater numbers involved with a cast and crew of over one hundred and fifty. 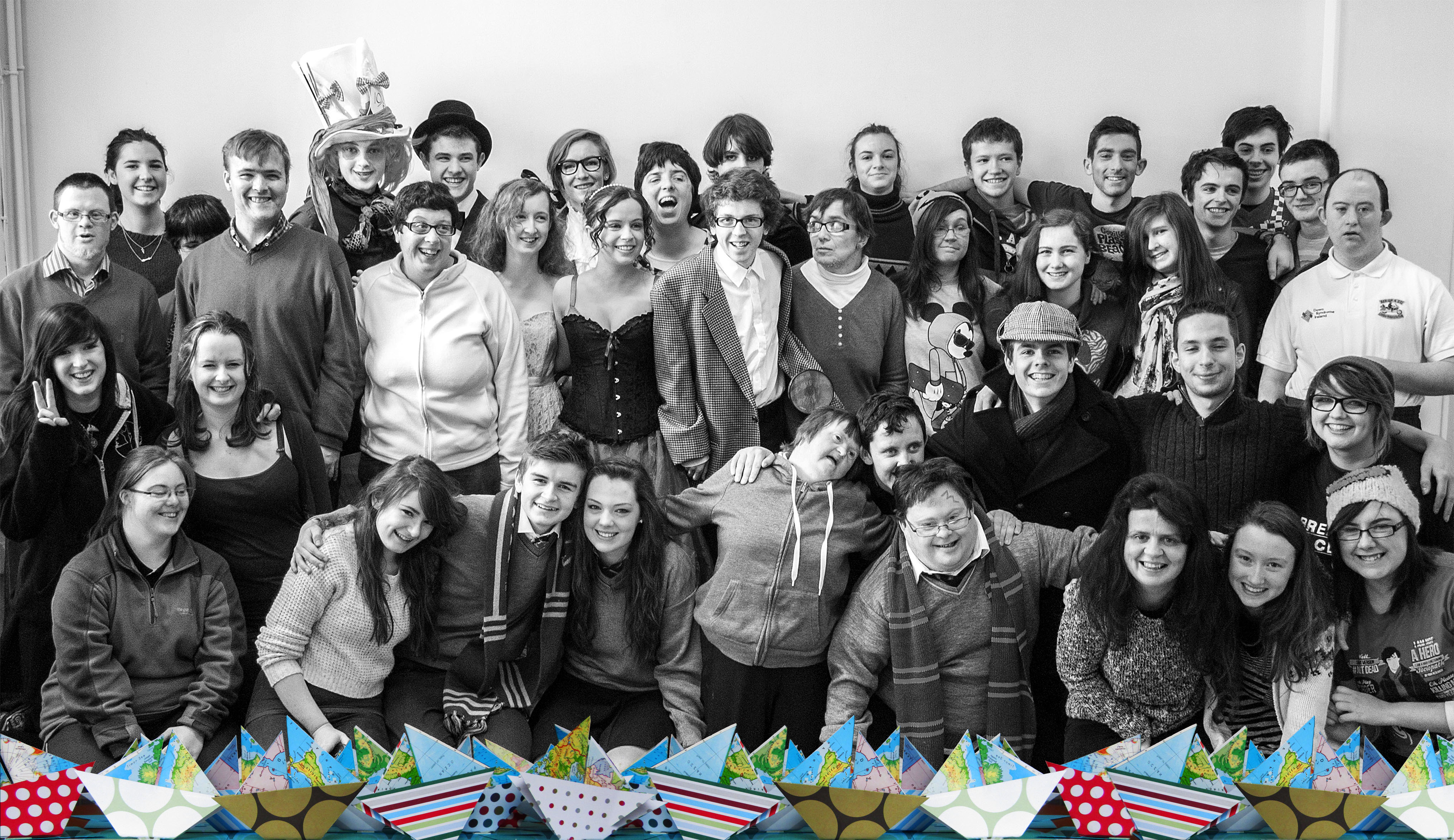 From January to March they continue to work as a family, developing a show that creates, through the arts, positive images of what it means to live life and be accepted in one’s community. During their time together lifelong relationships are forged, inhibitions disappear replaced by trust, understand, empathy and sheer joy.

The Creative Show presents Gulliver’s Travels at The Lime Tree Theatre on Tuesday 15 and Wednesday 16 March at 8pm. To purchase tickets contact 061 774774.

Myles Breen writes and directs the Creative Show. He is a writer, director and actor from Limerick. He is a founder member of Bottom Dog Theatre Co. and for them wrote and performed Language Unbecoming a Lady, and Porkville (with Mike Finn). As part of their first production he wrote and directed Off the Wall and adapted and directed A Christmas Carol. For Bottom Dog he has also directed The Revenger’s Tragedy by Mike Finn, Killer Kaberet, and Elegies for Angels, Punks, and Raging Queens and played Mikey Cleary in their production of What Happened Bridgie Cleary.

For The Creative Show he has written and directed Channel Surfing, Story Land, Take Away Time  A Night in the Library, Around the world in 80 minutes, and this year’s production of Gulliver’s Travels 2016.  For Wildebeest he directed Tan, and for An Grianan Theatre he directed Pinocchio, The Twits, and Jack & the Beanstalk. Film and TV credits include Fair City, Northanger Abbey, Camera Café, Why the Irish Dance that Way, Corp & Anam, and Clash of the Ash.

Angie Smalis is the choreographer. Angie Smalis trained and worked professionally as a dance artist in her home country of Athens in Greece before moving to Vienna, Austria in 2001 to join the Viennese Opera (Volks Oper Wien). She relocated to Limerick in 2003 to join Daghdha Dance Company.  Angie is an independent contemporary dance artist, leads Limerick Youth Dance, is Artistic Director of Limerick Youth Theatre and the founder and Director of Patterns Dance Collective, a group of contemporary dance artists with intellectual disabilities. Her own work has received funding from Culture Ireland, the Arts Council of Ireland, the Mid-West Regional Authority and Limerick City and County Council. Angie is a mother of five.

Orla Colgan is the Choral Director. She is a music teacher at Laurel Hill Coláiste. She says about her involvement in the show has been a highlight of my almost thirty years teaching career and to have been given the chance to meet and work with these extraordinary women, and the extraordinary team responsible for this inspirational venture.  This wonderful collaboration has enriched all our lives, forging a new understanding of, and appreciation for the rich diversity of life and living. Long may it continue to develop and inspire future generations.

Peter Hanagan works for Music Generation and is working with the musicians on the show. He is a bass player and has over thirty years’ experience with the ‘lowest form of music.’  He is an alumnus of the renowned UNT Jazz Studies programme, and since 1999 has worked exclusively as a freelance bass guitar, double bass player, and music educator.  Peter is a native of the state of New Mexico, but has made Ireland his home since 2001.

Kate Hodmon & Martin Shannon are visual artists who work with the prop and set makers. Martin Shannon is a Visual artist who lives and works in Limerick city. He has exhibited widely and his work was featured in Ev+a 2005 and Headlines 2004. He has worked as a printmaking teacher at Limerick College of Further Education, with Clare/Limerick Youth Service primarily on community projects such as floats for the St.Patrick’s Day parade. He is currently working on a documentary about Martin Folan.

Kate Hodmon is a visual artist and illustrator based in Limerick city; who loves to put her creative talents to work for LYT and for the production of the Creative Show but dislikes standing around in the cold.

Mags O’Donoghue is the production manager. She is a Production & Stage Manager based in Limerick. Her first ever production was with Limerick Youth Theatre and since then she has worked for companies throughout Ireland and abroad. Productions have included Waiting for Godot national tour for Gate Theatre, The Yalta Game at Sydney & Edinburgh International Festivals, the world premiere of Disney’s High School Musical at Stage Door Manor New York, On the Wire for Wildebeest Theatre (nominated for Best Production, Irish Times Theatre Awards), and events including St Patrick’s Day Festivals, Special Olympics Ireland and the International Eucharistic Congress.

They have a professional crew supporting this mammoth project made up from former Limerick Youth Theatre members, now studying at LIT, UL and MIC (some doing the BA in Contemporary and Applied Theatre).

Donal Sherlock is The Creative Project Manager and is the Day Services Manager (Training, Enterprise and Employment Services, Limerick) at the Daughters of Charity, he is supported by administrators Glennis Quinlivan (DOC) and Deirdre Wilson (LYT). There are team of administrators, support workers from TEES and CRS (Community Residential Services), carers, family and friends from all the groups and organisations who collectively make The Creative Show happen.

Who are the performing groups?

The Daughters of Charity (DOC) Service Limerick was the first to establish day services in Limerick City for adults with intellectual disabilities. The goal of each centre and in keeping with HSE New Directions is through a person centred approach aid in supporting the holistic development of each individual. The over-all aim of this collaboration is to develop sustainable networks and build links in the service user’s local community. The first strand of this collaboration was achieved by introducing service users to LYT members and creating an environment that nurtured inclusion through a rich tradition of theatre and its contemporary practices.  The second strand was establishing a culture of working in tandem with like-minded people from all backgrounds, crossing social and cultural divides, sharing ideas, and build friendships.

Limerick Youth Theatre (LYT) is a company of young performers, dancers, writers, designers, directors, producers and film-makers, located in Limerick. LYT was set up in 1997 with a vision of providing a unique opportunity for young people from all backgrounds to cross social/cultural divides through youth drama experiences. It runs a two-year training course in theatre and performance arts.

Music Generation is Ireland’s National Music Education Programme that transforms the lives of children and young people through access to high quality performance music education. The programme is based on a foundation of inclusion and self-expression and helps young people across the city find a voice, whilst providing the skills to develop it and a platform to use it.

Limerick Youth Dance (LYD) is run by Dance Limerick and led by contemporary dance artist and choreographer Angie Smalis.  LYD is a great opportunity for young people passionate about dance to develop as a dancer, to create new dance pieces and to perform on stage and screen.

Coláiste Nano Nagle is a Christian community which welcomes students in the tradition of Nano Nagle, foundress of the Presentation Order. A primary aim of our school is the pursuit of academic excellence. We seek to develop the full potential of each person; intellectual, spiritual, emotional, social, physical and creative. To achieve this the school strives to provide an educational environment suited to the needs of each individual, within the demands of a changing world.

Laurel Hill Coláiste FCJ, formerly known as Laurel Hill Convent, is an Irish Roman Catholic secondary school for girls, situated in Limerick. The aim of our school is to co-operate with parents in fostering the full and balanced development of the girls entrusted to our care so that each one may realise and bring to fulfilment her own special talents and unique personality. 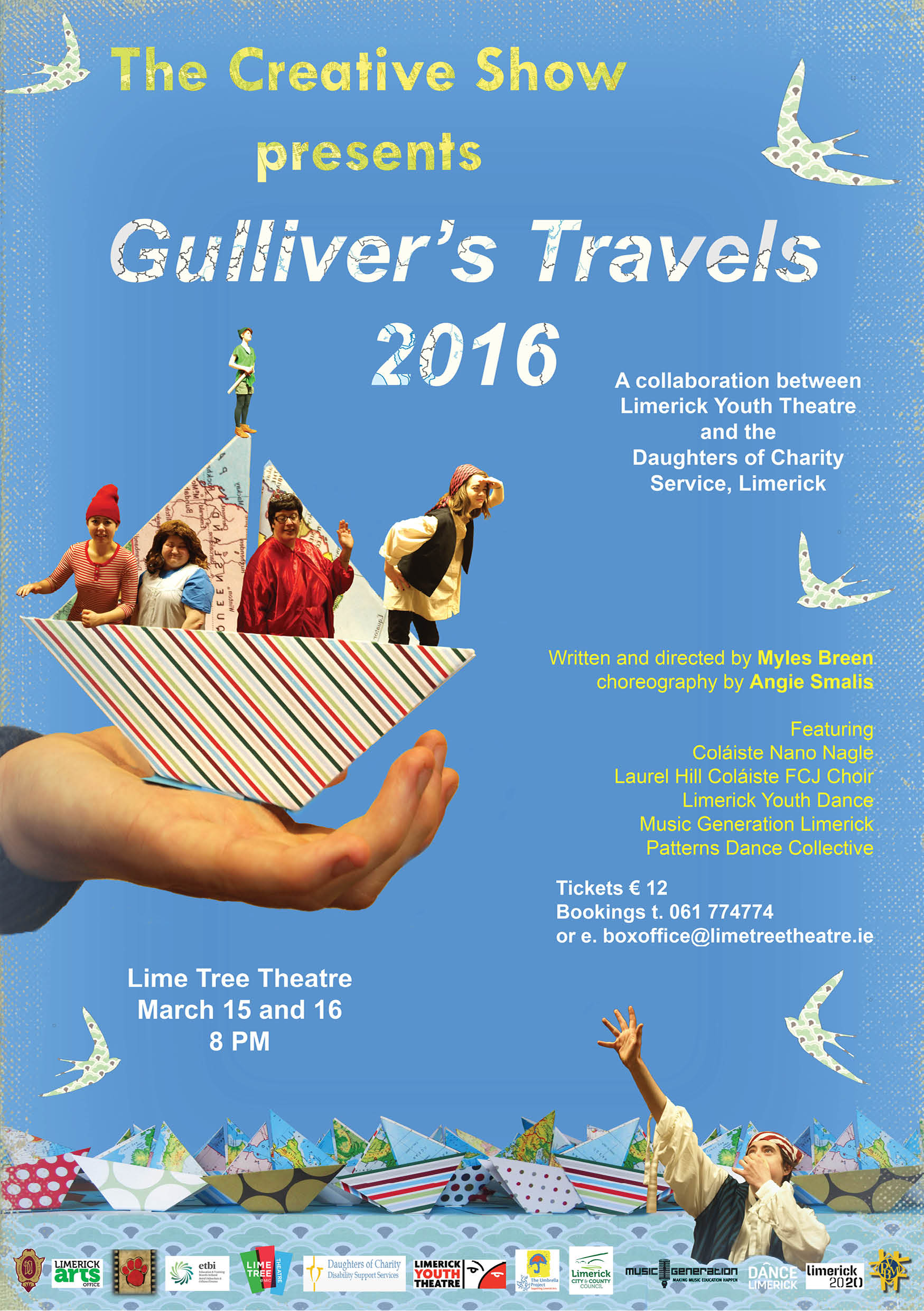