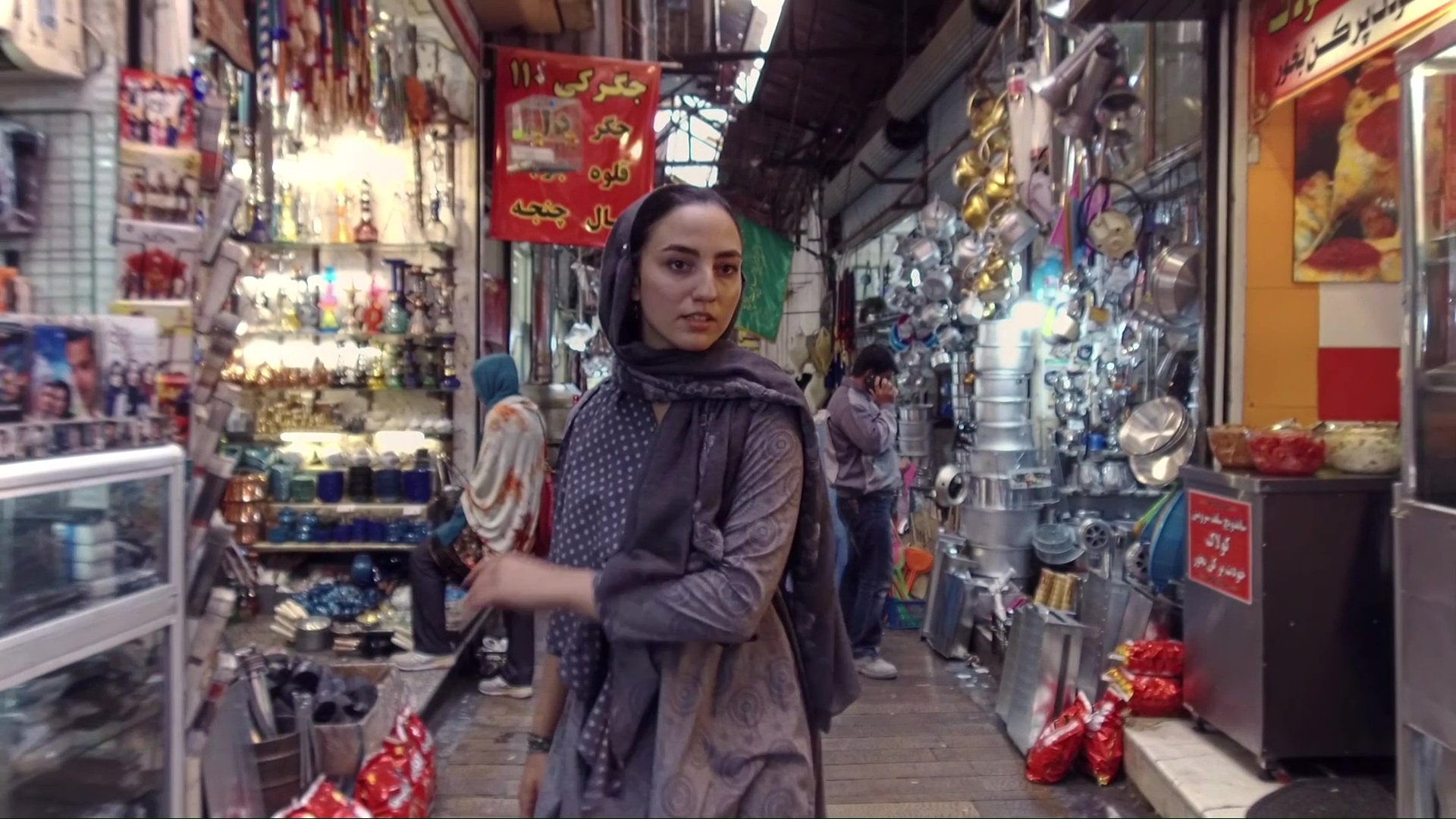 Picture from the original film The Derive. Picture courtesy of Tanin Torabi.

Promotional Poster of The Derive. Courtesy of Tanin Torabi.

The Derive is made as part of a multi-media project by Iranian dance artist Tanin Torabi (طنین ترابی). Tanin brings her multi-award-winning dance film The Derive which has been shot in Tehran, Iran to her live performance in an interactive environment with the audience. Tanin questions identity, culture, and place in this amazing performance for two nights only in St. John’s Pavillion, April 6th and 7th at 8 pm.

She invites the audience to travel with her to an honest image of her own country, come back home again and face the reality of the moment, exploring social and cultural issues. What happens that we feel we belong to a place and a culture? How does society influence us? If it is more than one culture that we are influenced by, how do we manage to find our very own identity?

The official selection of “Cannes Art Film Festival” and “Best Artist Film 2017” of Southampton film festival, shows Tanin dancing among people in an old bazaar in Tehran capturing the responses and reactions. The film reveals in an interesting way the reactions of common people to a dancing body in Iran where self-expression with dance is concerned inappropriate. In her live performance, Tanin explores her feelings and thoughts while she was dancing in the film shot in Iran and brings some interesting elements of the film to the stage to share with her new audience. The fact that she is not in that place anymore, and she is performing in another place at that very moment also is another element that she acknowledges during her dance. Here people have come intendedly to watch her performance while people in the film had no idea what was going to happen just in front of them. So now, who is this performer here? How does her body move when not only there is much less stress and conservation here, but also people actually expect her to dance? Identity, culture, and place.

In The Derive, Tanin acknowledges the very important role of the society in people’s lives, but she also tries to talk about individuals. The influence of individuals in a society and how they can make changes around them, as she does in the film, and hopefully with carrying her story and her live performance in new places. Tanin Torabi’s films have been screened in more than 100 film festivals worldwide and
have been awarded in categories like “Creative Vision Award” & “Best Artist Film”, & “Best Short Film”, “Best Inspirational Film”, “Best Inspiring Woman in a Film”, “Best Experimental Films”, “Best Cinematography” and “Best Documentary” to name a few. She now works as a performer and filmmaker in both Iran and Ireland.

For more information on The Derive at Limerick Fringe, go here.