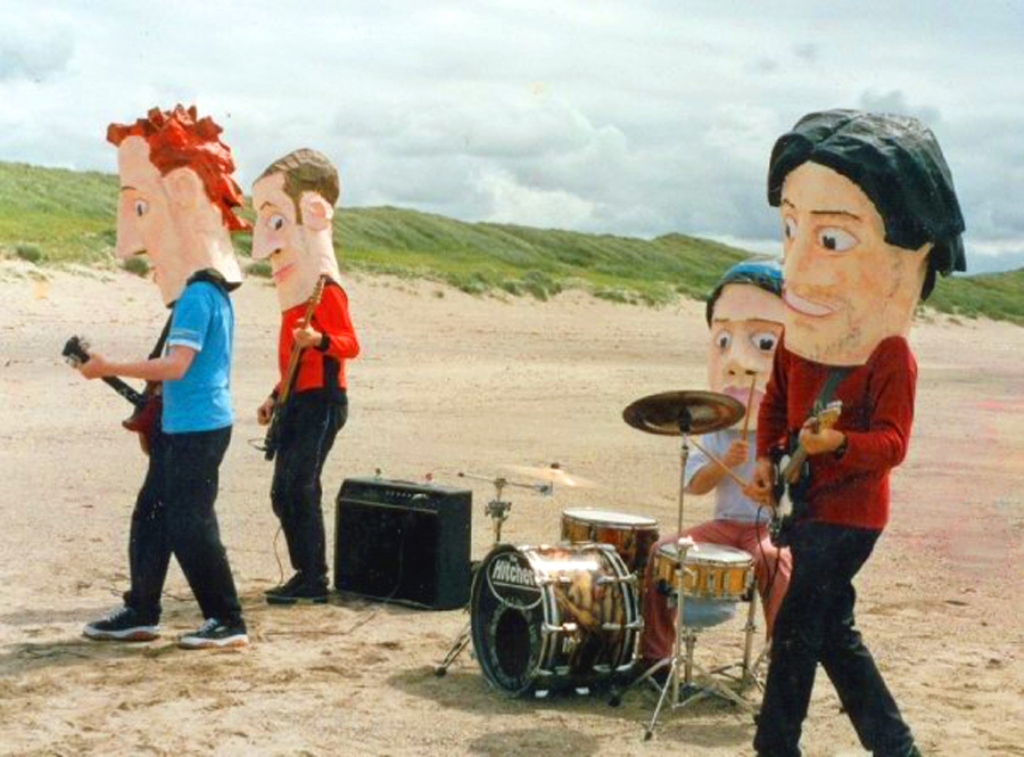 The Hitchers 25th Anniversary gig is a celebration of their debut album October 28, 2022

The Hitchers 25th Anniversary includes a vinyl release of their debut album ‘It’s All Fun and Games Til Someone Loses an Eye’.

The Hitchers are back with a special live show presented by Seoda Shows in Dolan’s Warehouse on Friday, October 28

Limericks lost boys The Hitchers will play Dolans Warehouse on Friday, October 28 finally getting to mark the 25th Anniversary vinyl release of their 1997 debut album ‘It’s All Fun and Games Til Someone Loses an Eye’ which is available now through the bands site.

The Hitchers are also pleased to announce that up and coming Limerick punk-rockers 50 Foot Woman will be special guests at Dolans on October 28.

They are finally getting to mark The Hitchers 25th anniversary vinyl release of their 1997 debut album ‘It’s All Fun and Games Til Someone Loses an Eye’ which is available now through the band’s site.

This led to a crowdfunding campaign to finance The Hitchers 25th anniversary reissue that surpassed its target and all expectations in half the time it was to run.

The album, originally released on compact disc, and was remastered for a vinyl release in Limerick by Richard Dowling at his renowned WavMastering studio.

Throughout 2022, supporters have been receiving rewards which as well as vinyl records that have included The Hitchers themed greeting cards, handmade glass coasters and even original photographs and artwork from the 1997 release.

As well as the world cup qualifying line-up that performed on Fun and Games there’ll be some special guest performers appearing alongside the bands and a full night of fun and frolics who will soon be announced.

Though The Hitchers officially de-mobbed in 2001 but they have, over the years, regrouped for one-off shows and mini tours. Media interest in the band rekindled around the time of World Cups and European Championships, which led to The Guardian readers voting ‘Strachan’ the ‘greatest football song ever’.

The Hitchers are very pleased to announce their intention to run another Fund:it campaign to similarly re-issue their second album ‘For The Want Of Some Better TV’ as well as their lost BBC sessions on 12″ vinyl. For The Want of Some Better TV was released to widespread critical acclaim in 1999 and spawned the singles ‘I Can’t Breath In Outer Space’ and ‘Liver’. In some ways it was a considerable departure from their debut ‘Fun and Games’ as it featured no guest musicians, few overdubs and was recorded in a fraction of the time as their debut by a band who’d been honing their skills on the live circuits of Ireland and Britain. In one final bit of news for the 28th they intend re-installing their pop-up exhibition Pencil Drawn Punk at the gig itself.

The Hitchers BBC sessions were long thought to be lost but were recently unearthed in pristine condition. These include the bands John Peel Session recorded at BBC Maida Vale in July 1997 and their Lamacq Live In Concert Session recorded at Mandela Hall, Belfast a month earlier with both recordings capturing the band at the peak of their powers.

Tickets are on sale now from Dolans Warehouse and Ticketmaster.

The order the album, go HERE

For more stories on The Hitchers, go HERE

Related Topics:dolans warehouseThe Hitchers
Up Next