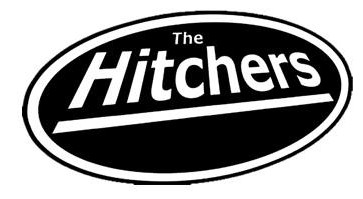 On Saturday the 27 of June, The Hitchers will be performing in the Kasbah Social Club. The gigs this week are timed to coincide with the 25th anniversary of their first release, the Fruit EP back in 1990. The Hitchers revisit a favourite old haunt and blow the doors off a new one.

The end-of-tour blow out takes place at Kasbah Social Club in association with the wonderful Seoda Shows on Saturday 27th of June and promises to be something a little bit special as the band make it home to Limerick to the newest venue in Dolans arsenal of live music emporia. Super-special guests Changing Trains will be getting the evening started. Some old friends may well also be joining us onstage.

The Hitchers Released two albums and a slew of EPs in the late 90’s. The Limerick band came to the attention of legendary BBC DJ John Peel who championed the band’s debut UK release ‘It’s All Fun & Games Till Someone Loses An Eye’ and had the band record a session for his show that gets repeated broadcasts to the present day.

Though The Hitchers officially de-mobbed in 2001 they have occasionally reformed for one-off shows and media interest in the band is rekindled biennially around the time of world cups and european championships which led to Guardian readers voting ‘Strachan’ the ‘greatest football song EVER’.

In 2010 Warner Bros Germany approached the band for permission to use the song on ’11 Freunde -the album’ where The Hitchers would find themselves in a rarefied air scenario rubbing shoulders with some of their own biggest heroes including Billy Bragg, The Wedding Present, The Proclaimers, New Order and Half Man Half Biscuit. More recently the song turned up in the mainstream media again -this time on BBCs Football Focus -in a homáge to the tiny wee Scotsman being appointed manager of his country. Catch them live in Ireland in June.

If you would like to see The Hitchers on June the 27, you can get the tickets over on Dolan’s site here.