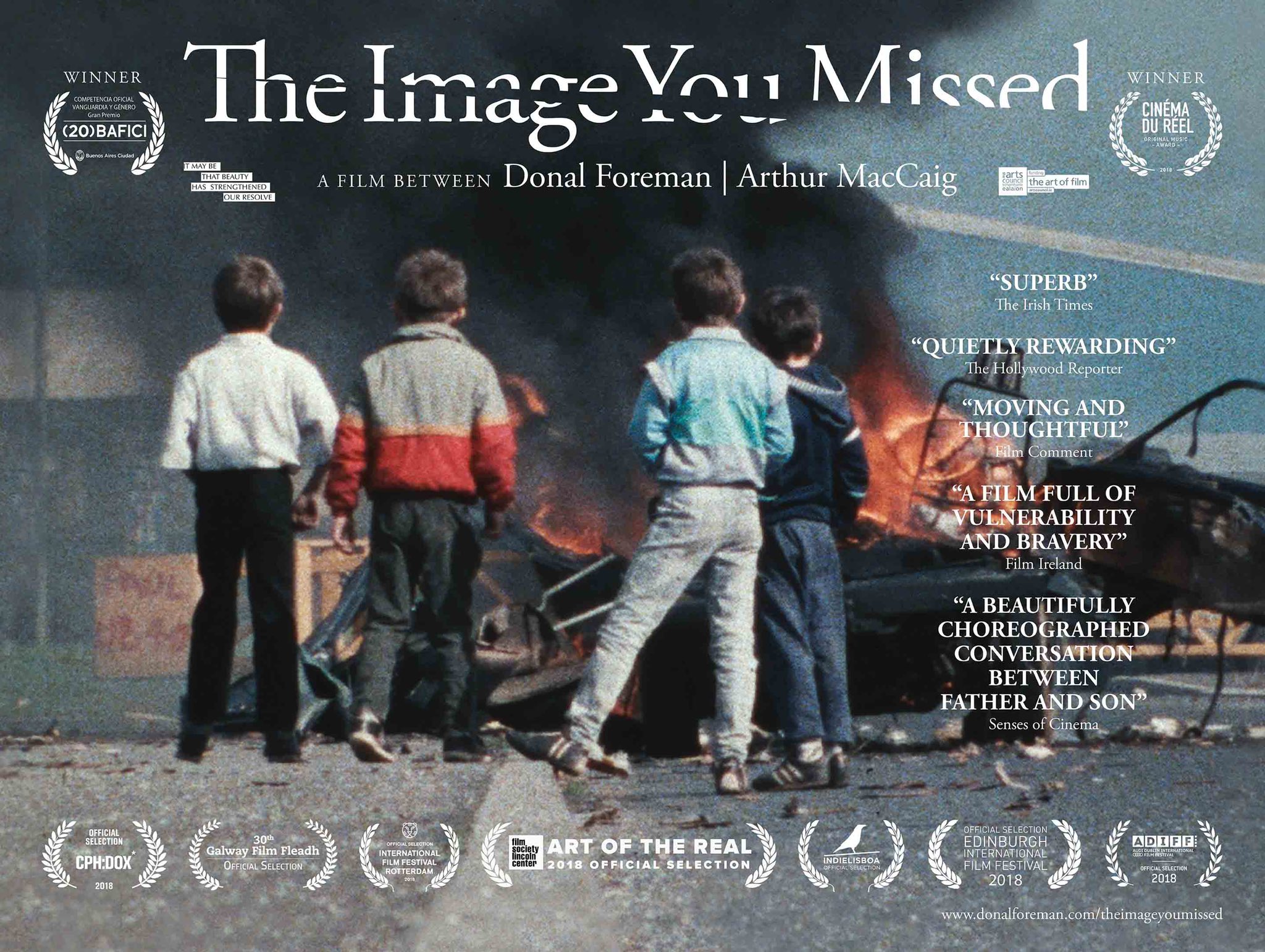 On Thursday, March 25 at 7PM tune in for ‘Meet the Director’ with Dr Tony Tracy in conversation with Dónal Foreman

All has changed in the world of film festivals post-Covid-19, and Fresh International Film Festival (March 22-28) is going digital as it celebrates its 25th anniversary of giving young filmmakers a platform to shine. Fresh International Film Festival 2021 takes place March 22 – 28 and features an alumni showcase and a week of film screenings, school workshops and young filmmaker masterclasses. The Junior Finals of Young Filmmaker of the Year will take place on Thursday, March 25 and the Seniors Finals the next day, Friday, March 26 via YouTube live stream.

As part of the Festival there is a is screening ‘The Image You Missed’, a multi-award-winning film which explores history, identity, filmmaking, and storytelling and is a unique discussion piece on ‘The Troubles’, an ethno-nationalist period of conflict in Northern Ireland that lasted about 30 years from the late 1960s to the late 1990s. Also known internationally as the Northern Ireland conflict.

The feature screening is an intriguing documentary from Donal Foreman that takes a sidelong look at the Troubles. Foreman makes sense of the images left behind by his dead father, Arthur MacCaig, a New Jersey-born Irish-American who settled in Paris and made documentaries about Northern Ireland that showcased the perspectives of Irish nationalists.

The film is constructed as a dialogue that’s at once son to father (MacCaig was mostly absent from Foreman’s upbringing) and filmmaker to filmmaker. Foreman compares his dad’s way of making documentaries to his own, “You had been able to reach conclusions; my narratives were partial, incomplete, at risk of falling apart at any moment.” Foreman says he envied MacCaig’s assurance, but he also recognises what his father’s films elide.

The men were opposites in more than just their approach to their craft. MacCaig came from the New York area and gravitated to Belfast; Foreman, raised in Dublin by his mother, looked to New York. “The Image You Missed” is less compelling as an act of personal therapy than it is as filmed film criticism, but even if it doesn’t fully cohere, Foreman’s family stake helps keep it original.

In 'The Image You Missed' an Irish filmmaker grapples with the legacy of his estranged father, the late American documentarian Arthur MacCaig, through his decades-spanning archive of the conflict in Northern Ireland.https://t.co/nl14Vxo8Y5 pic.twitter.com/KbCxZW9nTV

In the process, the film creates a candid encounter between two filmmakers born into different political moments, revealing their contrasting experiences of Irish nationalism, the role of images in social struggle, and the competing claims of personal and political responsibility.

Jayne Foley, founder and artistic director of Fresh Film said, “In honour of our 25th anniversary we are offering an amazing line up of programme events this year including an alumni showcase, screenings, workshops and masterclasses. While we can’t bring our community of young filmmakers together in one room right now, we can bring them together online. In the spirit of Fresh our online activities will connect, inspire and support young filmmakers. We are thrilled this year to be able to screen ‘The Image You Missed’, a A wonderful film from an intriguing, restless talent.”

Also on Thursday, March 25 at 7PM tune in for ‘Meet the Director’ with Dr Tony Tracy in conversation with Dónal Foreman, Director of ‘The Image you Missed’, via Zoom. Booking via Eventbrite. More info can be found HERE

For the full programme of events go HERE

Fresh International Film Festival invites young people from Ireland and overseas, aged 7 to 18 years, to create, exhibit and share films. The festival provides an opportunity for these young filmmakers to have their work seen on a cinema screen for the first time and to compete for the title of Ireland’s Young Filmmaker of the Year. All films submitted are also considered for a range of Specialist Awards including the Radharc Trust Award (documentary), the Cartoon Saloon Animation Award, the RTE 60 Second Short Film Award and the RTE Factual Award, in addition to the International and Audience awards.

Fresh Film runs a number of initiatives throughout the year, including a Hothouse programme designed to bring young people of different ages and diverse backgrounds together to share their film experiences and create new collaborative work, they also distribute Irish films made by young people to festivals all over the world.