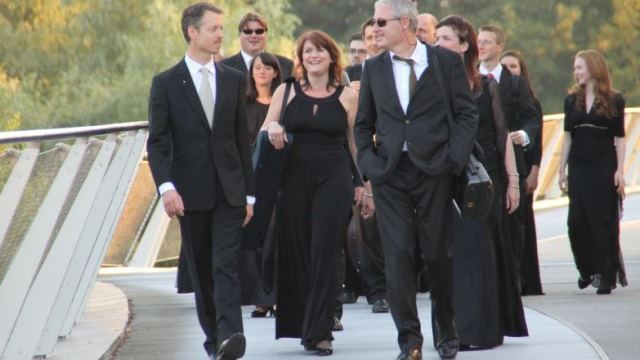 The University Concert Hall Limerick welcomes The Irish Chamber Orchestra to perform a programme of works by Haydn, Mozart and Stravinksy on Friday October 9.

The concert also takes place in the RDS Concert Hall, Dublin on Thursday October 8 and in the Back Box Theatre, Galway on Saturday October 10.

The programme opens and closes with two Mozart Symphonies.  No. 51 which is a re-working of his La Finta Giardiniera overture and No. 29 is a crystallization of the young Mozart’s revelatory self-confidence in ever-expanding musical structures.

Stravinsky’s neoclassical Concerto in D was written in Hollywood in 1946.  Its exciting rhythmic character inspired Jerome Robbins to choreograph it in his ballet, The Cage. It is virtuosic and unparalleled in the repertoire. His exploratory but exciting Septet is another ingenious composition featuring pianist Finghin Collins alongside members of the ICO.

The wry wit of Haydn’s D major Concerto is a tour de force of fluency, warmth and Finghin Collins promises audiences a taste of the exotic. Since taking first prize at the Clara Haskil International Piano Competition in Vevey, Switzerland in 1999, Collins enjoys a flourishing career that extends to Europe, the United States and Asia. He makes a major contribution to musical life in Ireland, where he is Artistic Director of the New Ross Piano Festival and Music for Galway. Collins returns to the ICO fold on Thursday 15 October for 3 performances of Carnival of the Animals at The Lime Tree Theatre, Limerick.

The Irish Chamber Orchestra is funded by The Arts Council of Ireland/An Chomhairle Ealaíon.

CARNIVAL OF THE ANIMALS