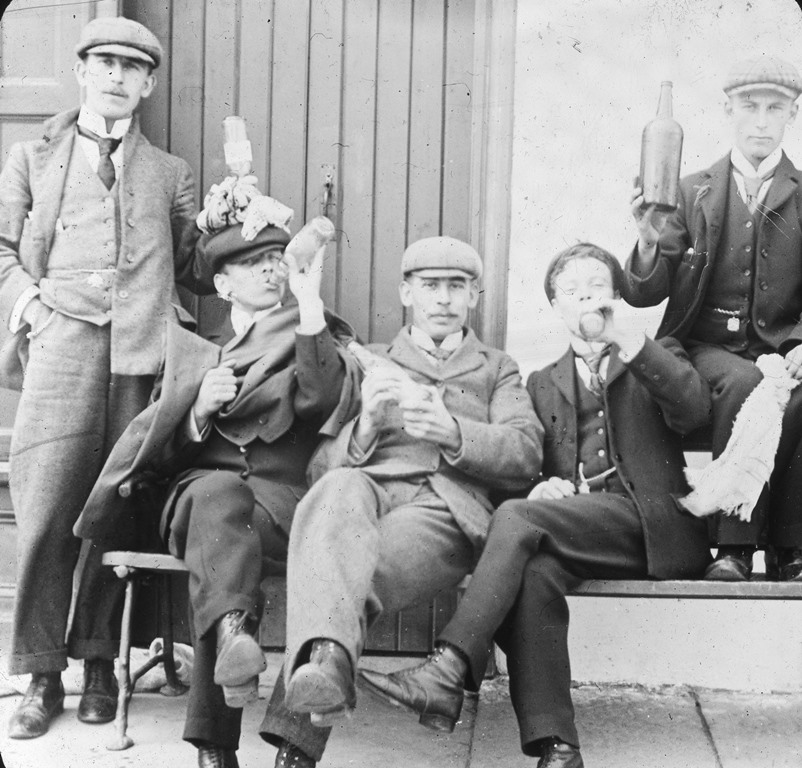 PHOTOS – The Ludlow Collection returns to Limerick after almost a century

Pictured Above: Members of the Young Mens Protestant Association enjoying a drink. Picture by: John Riddell. 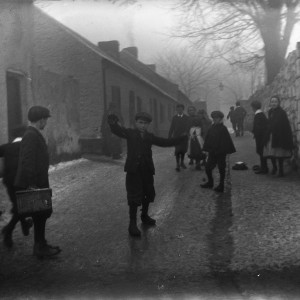 An extensive collection of unique photographs of Limerick will return to the city next week for the first time in almost 90 years for a new exhibition by Limerick Museum and Archives.

The Ludlow Collection of family photographs is a compilation of images by amateur photographer John Riddell and is held by his descendants, David and Steve Ludlow, both living in England.

John Riddell came to Limerick from Glasgow, Scotland in 1880 to run Walker’s Distillery on Brown’s Quay, Thomondgate.  When not managing the distillery, John could be found capturing a unique view of Limerick through a series of personal photographs.

Now a selection of this wonderful collection will be available for public viewing in Limerick Museum and the Glazed Street, Civic Buildings, Merchant’s Quay in an exhibition opening this Thursday, February 26 and running until the end of April.

“These candid images are unlike the professional photographs of the period which were usually staged, and show Limerick from the perspective of someone living, working and playing in the city,” explained Jacqui Hayes, Limerick Archivist. 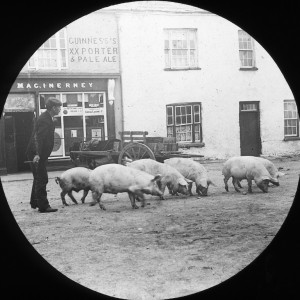 “Riddell’s photographs are as varied as a family album of today and including sights from pleasure boating on the Shannon to young men enjoying a drink. They take us into a time of enormous change in Limerick and show steamships side by side with sail ships in the Limerick docks. While at the docks we see the faces of the day labourers covered in coal dust and the interest in items being brought ashore by fez wearing foreigners.”

Away from commercial life, Jacqui Hayes said these images capture such wonderful scenes such as the frivolity of skating on a frozen Shannon river in 1900 while wearing the fashions of the day.

“Other images show Prince Arthur, the third son of Queen Victoria, arriving in Limerick, and the eye is immediately drawn over his shoulder where you can see into the tenements of the Carey’s Road area which housed thousands of people before they were demolished,” she said. “The images were developed on glass plate negatives and have become scratched over time which adds to their charm.”

Limerick through the Looking Glass, the Ludlow Collection opens this Thursday, February 26 at 6.30pm in Limerick Museum and the Glazed Street, Civic Buildings, Merchant’s Quay. Admission is free.