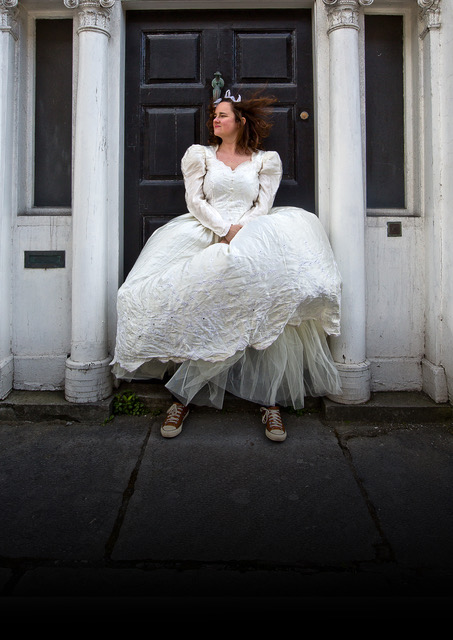 A brand new play by Ann Blake, Limerick theatre maker and a member of the band The Brad Pitt Light Orchestra, The Morning After the Life Before celebrates the unique historical moment when Ireland became the first country in the world to legalise same-sex marriage on a national basis by popular vote.

It starts off on a groggy Sunday morning, 24 May 2015, where 62% of Ireland is still hungover after the equality marriage referendum, Ann gets a text from her brother which brings the image of a new, equal Ireland into sharp focus saying “how’s the morning after the life before?”

Premiering and running in the Belltable from May 24 to May 26 and then at Friar’s Gate in Killmallock on May 27, the show then is going on tour to Candian Fringe Festivals, London Ontario and Montreal.

A personal and entertaining tale of weddings, ‘coming out’ and arguments over who takes out the bins, this funny and compelling show is performed by its writer Ann Blake alongside Dublin actress Lucia Smyth, and is directed by Paul Meade of Gúna Nua.

Presented in association with Gúna Nua Theatre Company, The Morning After the Life Before is a light-hearted, playful telling of a true story. All those attending should be prepared for music, cake and a lot of equality!

To find out more about The Morning After the Night Before at the Belltable, you can click here.

To read more stories about performances in Limerick, click here.

The Gemstars Summer Camp 2017 is Now Open For Bookings