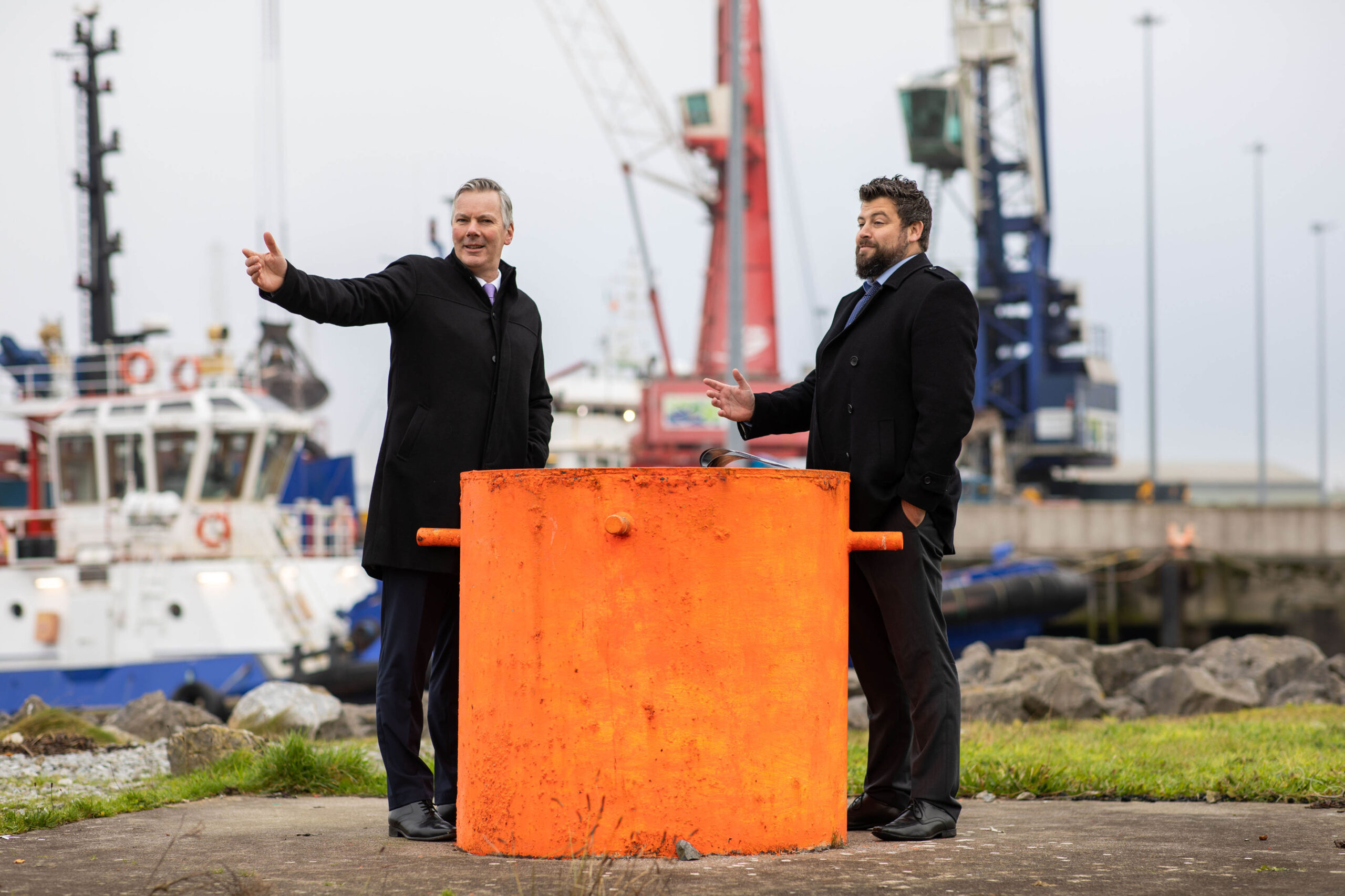 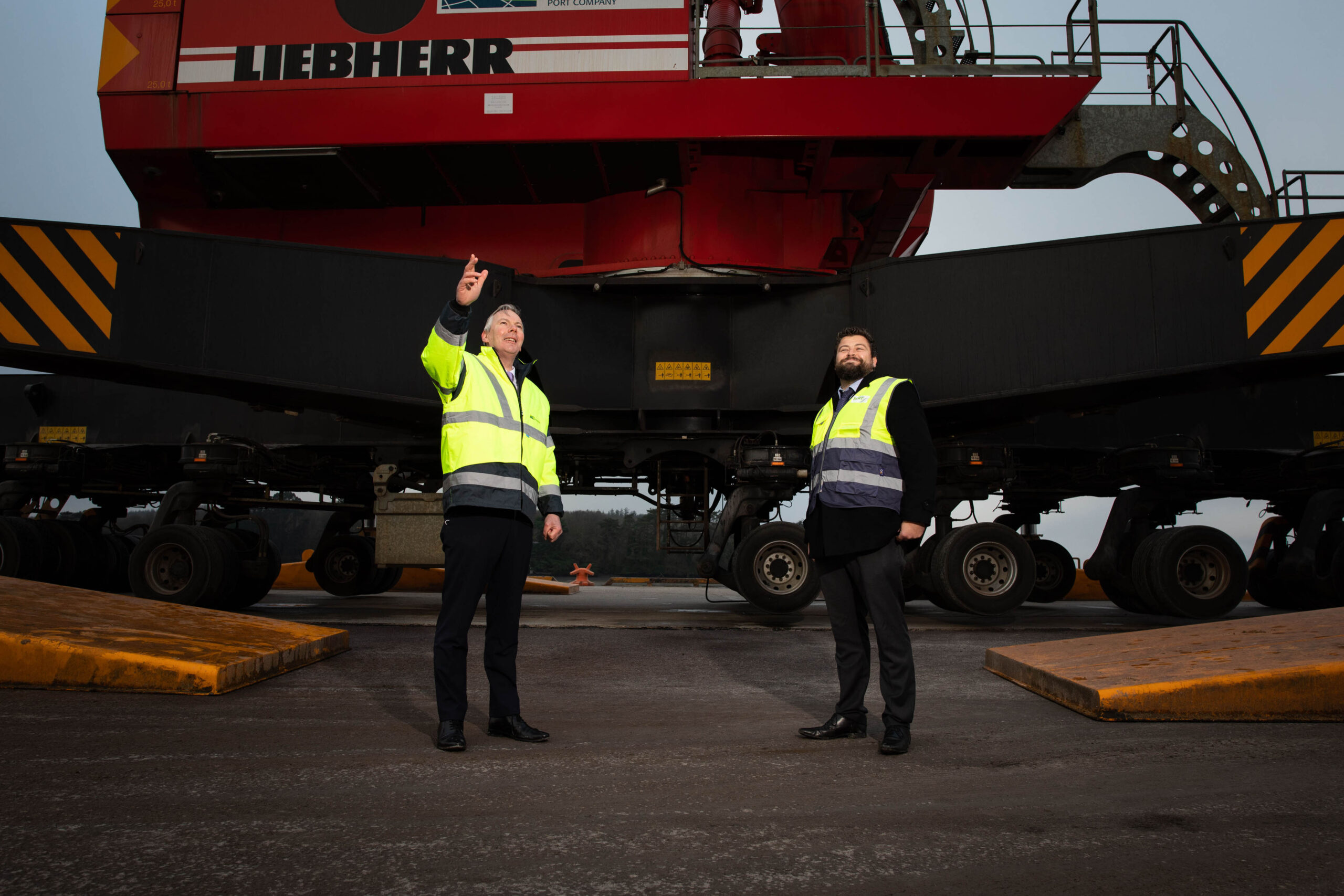 An unprecedented renewable energy opportunity for Ireland, the Shannon Estuary and the south and west coasts has been unveiled in a major study.

The Offshore Wind Potential Study – commissioned by Shannon Foynes Port Company – by specialist geotechnical engineering consultancy Gavin & Doherty GeoSolutions Ltd. (GDG) identifies the potential, through capitalising on our unique wind resource and deep-water port, to turn the State into an exporter of energy and generate unprecedented job creation in the process.

As the floating wind sector is currently in its infancy, there is no well-established supply chain and this represents an opportunity for Ireland to be first movers in the floating wind sector, the report states.  The report estimates €12billion investment into the Estuary by 2050 under a medium growth scenario and without including the export potential to other markets.

The opportunity is a confluence of the emergence of floating offshore wind technology as the biggest growth area for renewables globally, the Irish west coast having among the best wind resources in the world and the unrivalled deep waters of the Shannon Estuary – a key asset and component for the manufacturing and industrial ecosystem necessary to support the global scale floating offshore wind farms

The report estimates that the available wind resource can generate up to 70GW of floating offshore wind energy and identifies not alone the export opportunity from excess electricity generated but also for green hydrogen produced from the offshore wind farm sites.

“With investment into the Shannon Estuary, there exists a huge potential to develop world-class and innovative facilities aimed at growing the floating offshore renewable energy (ORE) sector allied to the manufacturing potential in the Shannon Estuary. Therein exists the potential of dramatically reducing the Levelized Cost of Energy (LCOE),” the report states.

It finds that Shannon Foynes is best placed to service the future offshore floating wind market. This is due to the proximity to resource and market; availability of the deepest watercourse in Ireland and one of the deepest and most sheltered estuaries in the world; extensive future land bank availability; and the existence of Shannon Foynes Port Company as a statutory authority with National Tier 1 port status and European Commission, Trans European Transport Network (TEN-T) core corridor status on North/South and East/West corridors and existing 1.6 GW connectivity to our own national grid.

“Offshore Floating Wind is rapidly expanding and therefore now is the time to capture the potential from this early-stage sector. Given the timelines to develop the required infrastructure, now is the time to commit the investment and ensure Ireland Inc. capitalises on the global opportunity as first movers in this exciting space. Shannon Foynes Port is the vehicle to maximise the benefits to Ireland Inc. from the floating wind market.”

Closer to home, the report identifies the potential to create between 10,000 – 20,000 jobs in manufacturing and a further 10,000 industry jobs arising from four distinct supply chain opportunities – Manufacturing, Staging and Installation, Operations and Maintenance by 2050.

Manufacturing could also extend to the preparation and export of component parts further afield to the East coast of USA and into European developments, both onshore and offshore.

The study, which was carried out this year, found that the Shannon Estuary is best placed to service the future offshore floating wind market, both the domestic market and as a global exporter of energy and technology. It is the report states, no surprise that the first Offshore Wind Farm sites in Ireland were all situated on the east coast, as they have fixed foundations. However, as the offshore floating wind technology becomes more efficient and the associated supply chain develops, the west coast of Ireland will become much more favourable. “The total potential capacity on the West coast dwarfs the East coast opportunity,” it adds. The Offshore Wind Potential Study

However, while floating wind presents an opportunity for Ireland to become a world leader, investment is needed in infrastructure. A large constraint will be the ability of Ireland to connect this resource to the grid and export the excess to other markets, it acknowledges. It also acknowledges the uniqueness of the Shannon Estuary and its potential for Green Hydrogen production, International ship refuelling and export potential of hydrogen and green ammonia. The Offshore Wind Potential Study

“To facilitate taking a lead in the global market, Ireland needs to apply significant investment in research & development to solve this market barrier along with looking to reduce the cost of floating wind technology,” it states.

To this end, the planned International Centre of Excellence for Floating offshore wind and its connectivity to our university’s offers a very rare opportunity also.

Among the individual challenges that need to be overcome is lack of an overarching Government policy identifying the export opportunity, weaknesses in the planning and consenting process, the construction of new port infrastructure, lack of an integrated approach and other competing countries are getting a head start, such as Scotland, Norway, Denmark, Holland, Belgium, France and Portugal.

An unprecedented renewable energy opportunity for Ireland, the Shannon Estuary and the south and west coasts has been unveiled in a major study – Click on the below link for the full story #globalconnectivity https://t.co/V25BL1b6V7 pic.twitter.com/JNEszjhPHT

Gavin & Doherty GeoSolutions’ report pinpoints huge potential for manufacturing facilities to be established in Shannon Estuary. It proposes Foynes Port as a Supply Chain Enterprise Park and the other local authority designated strategic development locations consisting of a total of 1200 hectares on the Shannon Estuary for device and component manufacture and assembly. It states that opportunities also exist to produce green hydrogen using electricity produced from the new Atlantic offshore wind farms.

Welcoming the report, Pat Keating, CEO of Shannon Foynes Port said: “This report quantifies for the first time the unique floating offshore wind opportunity that exists for Ireland and not just for this region.  The mix of our world-class wind resources, the natural infrastructure here for a global manufacturing and industry base and climate change adds up to what is an unprecedented opportunity that we must capitalise on.  There is already significant interest in this from global energy players and we would anticipate generating a gigawatt of energy by the turn of the next decade. This would very much be a phased programme rivalling anything on an international scale but will transition Ireland to a global renewable energy leader. It will deliver our own energy requirements through renewable resources, replacing fossil fuels in the long term, but will also see Ireland become becoming a significant exporter of energy into the bargain.”

Said Chairman of Shannon Foynes Port David McGarry: “A Danish study has recently calculated that every gigawatt of offshore renewable energy produced will support up to 14,600 jobs in the Danish economy.  The calculations are easy to do from there and even if we target only half of the estimated 70GW potential off the West Coast, there are a huge economic and jobs bounce from this as well. This can be transformational for the Irish economy and our environment. Floating technologies are relatively new in the offshore renewables sector and, coupled with the Atlantic’s mean wind speeds of 14m/s, we have a global first-mover advantage with this.”

Said Minister Patrick O’Donovan: “This report underlines the unprecedented opportunity that awaits us now that floating offshore wind technology is ready.  It’s only a matter of time before we see its commercial deployment here of the Shannon Estuary given the unrivalled mix here. It is perhaps our greatest ever opportunity and will be transformational regarding the economic balance on the island of Ireland, spreading huge investment to the western half of the island and delivering on the goals of Project Ireland 2040.”

Said Minister Niall Collins: “There’s been a general awareness for some time of potential from floating offshore wind generation for the West coast, but this study sets out the scale of the opportunity and it’s unprecedented.  It’s incumbent now on all stakeholders to work together to make sure we do what’s necessary to build out this enormous opportunity for Limerick, the region and, indeed, the nation.  The economic, jobs and environmental gains are far too great for this not to be realised.”

Said Deputy Brian Leddin: “The Shannon Estuary and West of Ireland, as this report shows, has a solution that goes way beyond meeting climate change targets.  Our programme for the government has already paved the way for this as it has a clear and unambiguous commitment to harnessing the potential of the Shannon Estuary for economic development through renewable energy resources. That opportunity has now arrived. We must now leave no stone unturned in realising this. This can catapult Ireland into the top tier of renewable energy generation and export nations.”

Shannon Foynes Port Company, Ireland’s deepest sheltered commercial harbour and the largest bulk port company have statutory jurisdiction over all marine activities on a 500km2 area on the Shannon Estuary, stretching from Kerry to Loop Head to Limerick City.

Adjacent to the world’s busiest shipping routes, with current capacity to handle over 10 million tonnes annually and with water depths of up to 32m, we are uniquely positioned to expand as an international cargo hub serving the domestic, European and worldwide markets. This expansion will be accommodated by up to 1200 hectares of land zoned for Port development.

Shannon Foynes Port Company is extremely well-positioned to assist in the need to transition to a low carbon economy. Due to the Port’s location proximate to the Atlantic wind resource, considered the best in the world, and its plans to introduce new services that could assist in decarbonising the supply chain, the Port has a significant role to play in the Government’s Climate Action Plan regarding energy generation and transport.

The turnover value of current trade handled by the Port is €8.5 billion per annum, with associated economic impacts of €1.9 billion pa supporting over 3,900 jobs. In order to fully realise the potential of its deep-water advantage, future expansion and development of the Port are led by its Masterplan Vision 2041.

The Shannon Estuary – with depths of up to 32m and a handling capacity for large vessels up to 200,000 deadweight tonnes, is among the deepest ports in Europe – providing Shannon Foynes Port Company, its customers and investors with a natural advantage and opportunity.  Through our Masterplan, Vision 2041, we are realising that opportunity by transforming the Shannon Estuary into a major international shipping and economic hub.

Shannon Foynes Port Company is an EU Core Network Port (TEN-T) and a Tier 1 Port in the National Ports Policy, effectively designating the Shannon Estuary as a commercial watercourse of international significance.

Related Topics:Shannon Foynes
Up Next

John Harnett from Bellissimo Hair Salon, Why I Love my Job