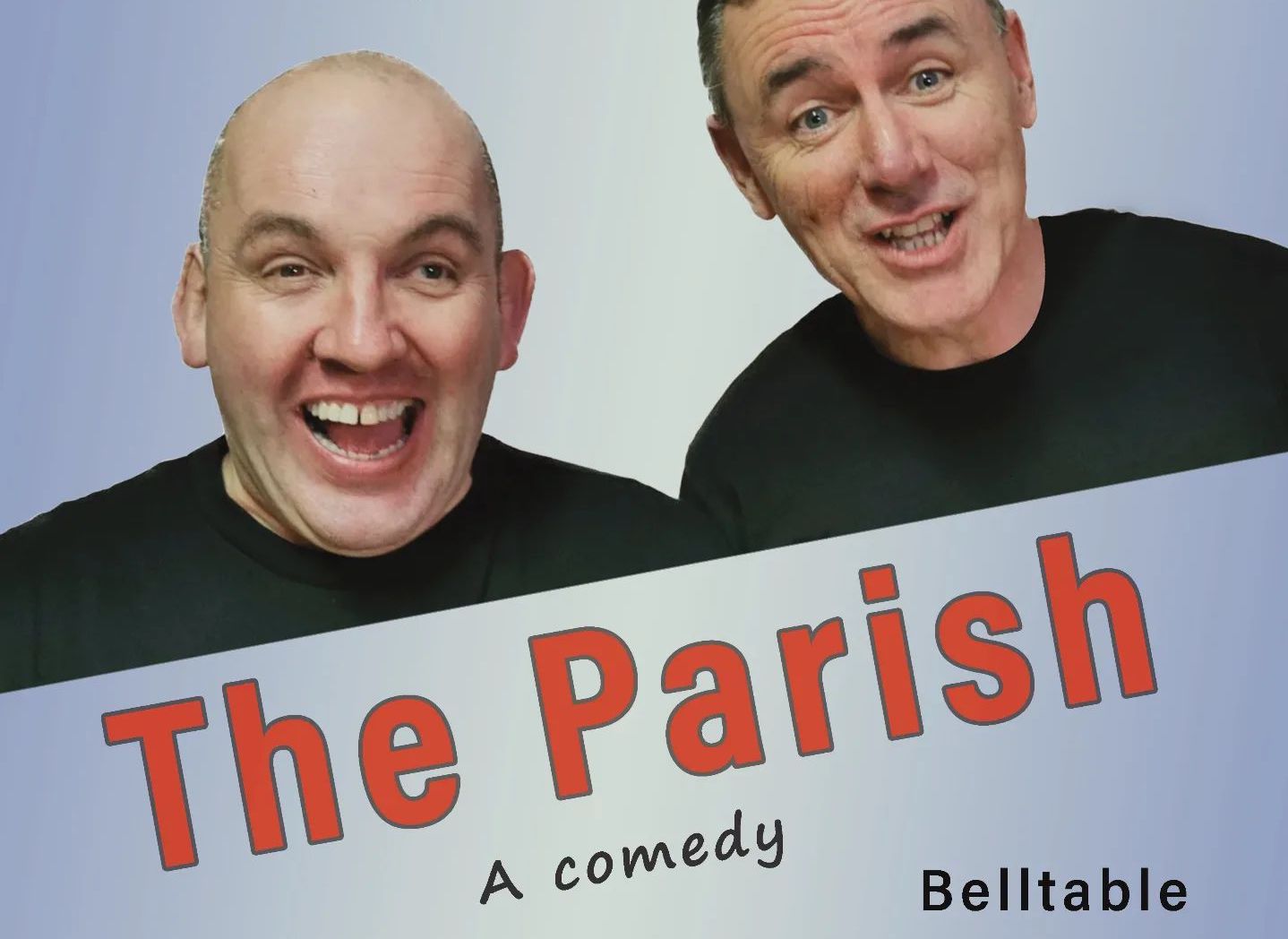 The Parish comes to the Belltable on Thursday, June 23, 2022

The Parish – The HubCap Theatre company is proud to announce their comedy ‘The Parish’ is coming to the Belltable Theatre on Thursday, June 23rd

The Parish is a popular comedy by Hubcap Theatre

The HubCap Theatre company is proud to announce their comedy ‘The Parish’ is coming to the Belltable Theatre on Thursday, June 23rd.

The Parish is a hilarious comedy play where just two actors bring to life a range of characters that can be found in every community around Ireland. The Parish brings to life a story of conflict and treachery, but ultimately celebrates friendship and community which creates a bond that overcomes all adversity.

Through this chorus of colourful characters, the story unfolds of a dastardly deed that has ripped the parish apart. But despite this scandal, this delightful comedy highlights and celebrates the power of friendship and community.

Speaking about the show, performer and producer Michael Ryan says: “The types of characters we portray in this comedy theatre sketch can be found in almost every community in the country – and we are looking forward to performing in Limerick as this show is Irish humour at it’s very best and promises lots of belly-laughs, quips and characters that will resonate with the audience.”

The hilarious comedy that runs for 1 hour and 20 minutes is performed by Sean and Michael that bringing characters that can be found in every rural community in the country to life. Performed with minimal set and supported by a rich soundscape, The Parish is highly entertaining, accessible theatre in its purest form.

Based in Co. Cork, HubCap Theatre was set up in 2018 by Sean Kelleher and Michael Ryan. It provides entertaining, accessible theatre. It is influenced by the old Fit-Up theatre companies that travelled to communities all around the country bringing live theatre to the people. Hubcap also produces popular online comedy videos featuring characters such as ‘Mary and Mary’ to comedic acclaim. Influenced by the tradition of the old Fit-Up Theatre companies that travelled to every community bringing live theatre to people, the HubCap Theatre will bring their show to Limerick.

Audience reactions include, “The Parish is absolutely hilarious and makes for a great night out!” and “These two are an amazing combination, a night of fun & laughter. Don’t miss it!”

Mild swearing – use of the “F” word. Target audience 12+. Performance run time is 1 hour and 20 minutes

Related Topics:belltableHubCap Theatre company
Up Next