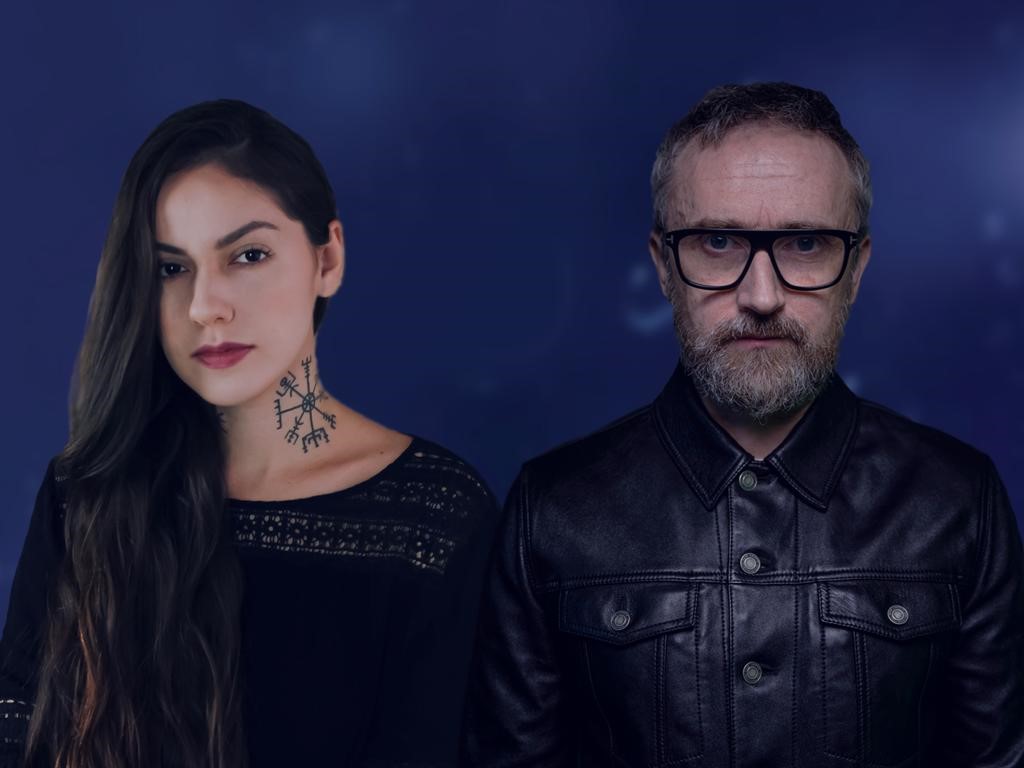 Noel Hogan has teamed up with a new singer-songwriter for what promises to be an exciting new long-term musical partnership.

Following two years of a long-distance collaboration, the Grammy nominated guitarist, co-founder and songwriter with The Cranberries is announcing his most exciting project to date with Brazilian singer Mell Peck, as together they release their first single ‘Prison’ as The Puro.

The Puro combines Hogan’s trademark guitar sound with Peck’s authentic vocal style, a voice filled with an essence of life oozing in powerful emotions. ‘Prison’ will be released on the Latin American ForMusic label on May 20, featuring Peck’s soaring vocals and Hogan’s signature guitar and keyboard.

“My style of writing has not changed dramatically since the early days of our first album. If Dolores was still with us today this would be very much in the style of a song I would compose. Mell has the pure vocal ability and sound that cranberries’ fans associate with us,” said Hogan.

As co-writer and composer with Dolores on The Cranberries’ numerous hits, the urge to continue creating music has never left Hogan. Having heard the Brazilian singer’s work on YouTube he decided to get in touch. It was a serendipitous moment; Hogan instantly knew that he would like to collaborate with Mell and see where it would take them.  For her part, Peck had been composing her own songs from a very young age and was equally excited about the possibility of working together.

“Noel searched online to see who I was and that’s when it all began. We met and started talking and we came up with the idea of composing together. Noel sent me one of his songs so I could write the lyrics. I was so excited that I composed and recorded the song in two days. Since then, we have never stopped, and the ideas are always coming up. I’ve always felt that we had something in common,” said Peck.

Having collaborated with several artists over the last two years and with a HBO documentary soundtrack under his belt, Hogan reports that he took “the lessons learned from those things and incorporated them in The Puro. I think the sound is a happy medium for me to see what I have learned in these projects. During the lockdowns I went back and listened to a lot of music I grew up with, remembering how great it was. I think there are hints of all of that in our combined sound as well.”

The first hint of the Hogan/Peck project occurred quietly on New Year’s Day 2022. The Puro unveiled a simple lyric video for their sublime song ‘With Keys’ (‘Com Chaves’).  Vastly experienced in the ebbs and flows of the music industry, Hogan is philosophical about The Puro unveiling new music to the world.

“We just put music out there on New Year’s Day. We didn’t make any big announcements, like ‘Here it is!’ I tried hard to keep away from reading reactions, The Puro was undertaken for the music that both Mell and I like. So, if you like it, that’s great. There’s lots more!” added Hogan.

With some 50 million global record sales with The Cranberries as well as numerous side-projects, Noel Hogan brings a quiet confidence to the architecture of these new songs.  Mell Peck writes openly about her feelings, her life experiences, to construct songs that are truthful and authentic. Both Noel Hogan and Mell Peck are keen to perform the songs of The Puro live. Circumstances permitting, fans can expect some live work in the next while.

For more info on The Cranberries go HERE