Book Launch: ‘The Rain on Cruise’s Street’ by Edward O’Dwyer 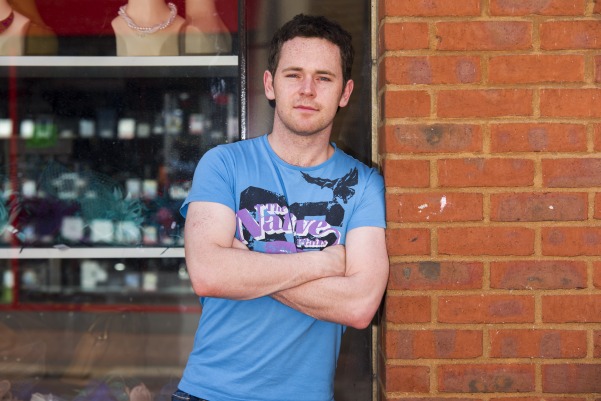 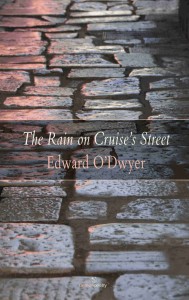 The Rain on Cruise’s Street by Edward O’Dwyer will be launched at the Limerick Strand Hotel on July 3rd at 7:30 p.m.

‘The Rain on Cruise’s Street’ is a new book of poems from Limerick poet Edward O’Dwyer and ahead of the official launch of The Rain on Cruise’s Street on July 3, the poet’s work has been highly commended by the judges of the Forward Prizes – among the most sought after in the poetry world. This means that Edward O’Dwyer will be published in the next edition of The Forward Book of Poetry, which last year included such esteemed poets as Simon Armitage, CK Williams, George Szirtes and Sinead Morrissey. The aim of the book is to anthologise the very best poetry published in Ireland and Britain during the year, which involves going through  nearly 200 full poetry collections as well as all the entries submitted by literary journals. For O’Dwyer, being in this book opens his work up potentially to a much wider audience. The poem they have opted to publish, ‘Just By Chance’, then, could provide an access point to his work in general. Anyone reading the anthology that enjoys the poem may seek out more work or look for the collection from which it comes. This also ensures that Limerick features in the anthology as the poem is set in Limerick, where the stars are “glittering on the Shannon’s lurching surface.” It provides a vision of Limerick at its most beautiful and romantic, in which a couple tentatively approaches a first kiss, “a near-full moon suspended over the centre of Thomond Bridge,” her “russet hair all blown back” by a “convenient wind.” 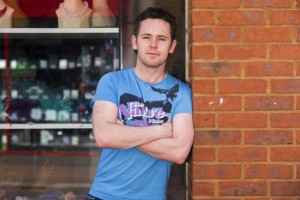 The next edition of The Forward Book of Poetry will be available in all good book shops and online some time in autumn. The Rain in Cruise’s Street, O’Dwyer’s new collection from Salmon Press, will be launched in the City View Room at the Strand Hotel on Thursday, July 3rd, from 7.30pm. Poet Eileen Sheehan will launch the book officially and there will be a wine and cheese reception.