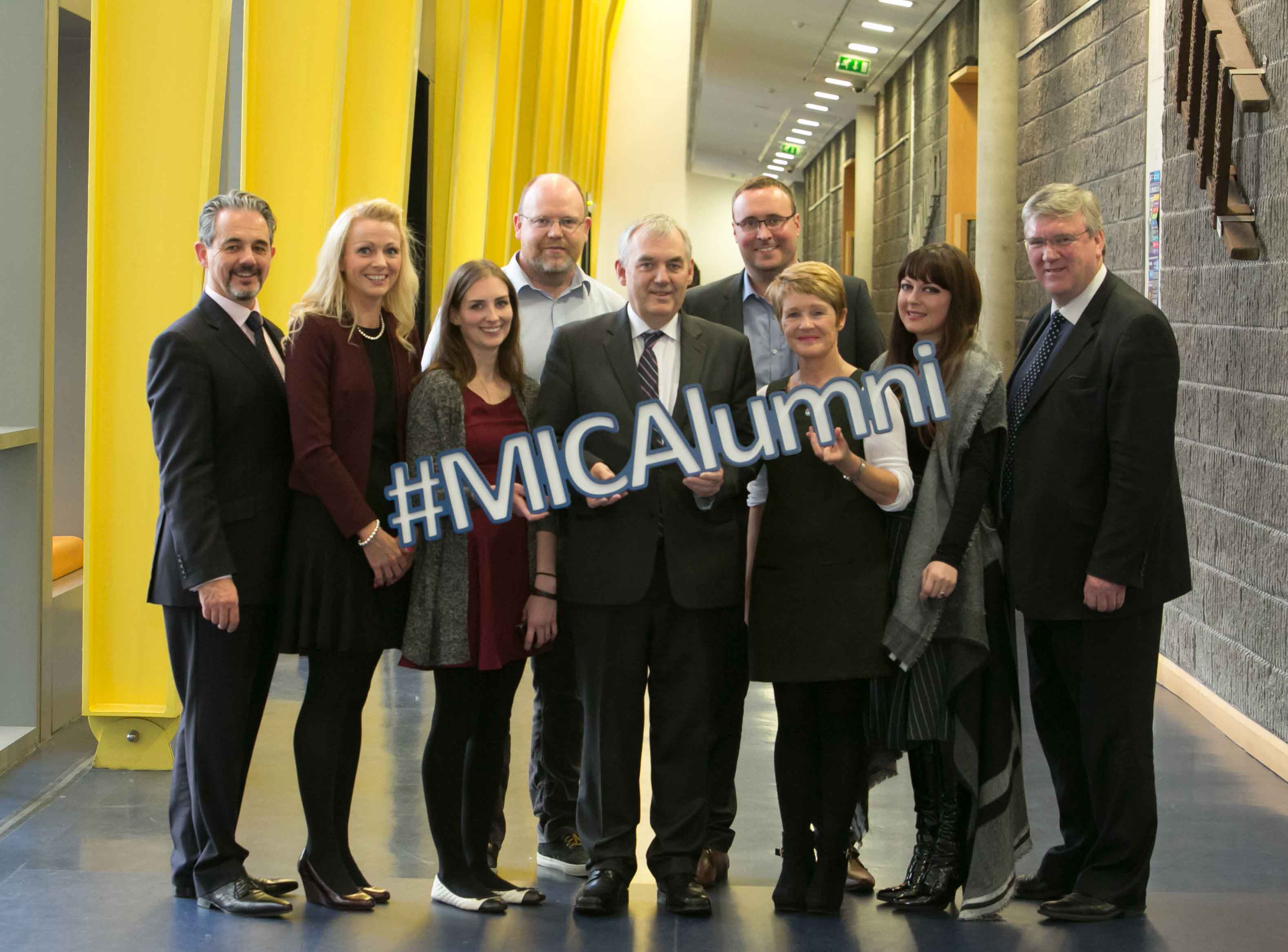 #STARTUPMIC as part of The Startup Gathering 2015

Building creativity, innovation, problem solving and risk taking at all levels of education is necessary for our economic future, according to Prof. Michael A Hayes, President of MIC, who was speaking at #STARTUPMIC in the Lime Tree Theatre on Wednesday 8th October as part of the Startup Gathering 2015.

The Startup Gathering 2015, taking place from October 5th – 10th, is about uniting communities in towns, cities and regions across the country behind their local startups. Events are being planned across Dublin, Waterford, Cork, Limerick and Galway, with the aim of championing the growth of the startup sector throughout Ireland.  MIC was delighted to be part of this start-up revolution through its hosting of ‪#‎StartupMIC, an event designed to celebrate and showcase the entrepreneurial talent of its alumni.

Opening the event Prof. Hayes said “MIC is an influential Higher Education Institution in the region and has played a significant role in the steering groups for the Regional Action plan for jobs, the Regional Skills Forum and the Startup Gathering. All of which aim to strengthen Ireland’s talent base and therefore encouraging companies to set up or relocate to Ireland, stimulating further employment opportunities”.

“The development of entrepreneurial thinking can ensure that individuals are adaptable and capable of dealing with the challenges of the dynamic environment of our global economy and society.” he said.

Explaining the rationale behind the event Dr. Maeve Liston, Director of Enterprise and Community Engagement, MIC, and event organiser said “The aim of the StartupMIC event was first and foremost to inspire Ireland’s talent base. The number of people entering the entrepreneurial pipeline across the country is ever increasing and therefore we need to promote and support entrepreneurship and help identify entrepreneurial talent at an early stage”.

“The Startup Gathering 2015 is an initiative to help more people to start, scale and succeed. The Startup MIC event provided a unique opportunity to hear from past graduates from MIC, all at different stages in their career, on how to take the first steps from ‘Ideation phase’ right through to the ‘formation phase”.

The event, which was chaired by Colm O’Brien,  founder of the very innovative and successful enterprise, Carambola Kidz , involved very lively and entertaining panel discussions with successful entrepreneurs from MIC Alumni telling about their about journey in achieving their goals and arriving to where they are today.

Speakers at the event included Pat McDonagh, founder of Supermac’s, Ireland largest and fastest growing indigenous fast food group.  Pat, a B.Ed graduate from MIC, turned his back on a teaching career to sell burgers and chips from his van at the Galway races. Today, Pat is a well-known entrepreneur and the founder and Managing Director of Supermac’s. He also owns the franchises for Papa John’s Pizza and Quizno’s sandwich bars, as well as the US-based Claddagh Irish Pub and restaurant chain. He invests in companies that have a high potential with strong management and global appeal. Today, Pat is furthering his interests in hospitality through acquisitions of hotels including the local Castletroy Park Hotel in Limerick.  Offering advice to those present Pat said “If you have an idea you have to love the idea, be passionate about it, believe in your dream and never give up”.

Other speakers include Michelle Costello, Editor-in-Chief of Fusion Magazine and The Limerick Magazine, TLM. Michelle graduated with a BA Liberal Arts degree in Media & Communications and English from MIC and said of her choice to come to MIC as being “the best decision I ever made”.  Her advice to anyone wanting to start up their own business would be ‘”Take your time and do your research; investigate what support systems are in place and find yourself a mentor”.

Tara Doolan, BA 2013 graduate, told the audience that her “journey started with Mary Immaculate College” as “a Liberal Arts degree is an opportunities degree.”During her time at MIC she became heavily involved with Mary Immaculate Dramatic Arts Society (MIDAS) commencing her love affair with the theatre world. On graduating she co-founded Honest Arts Production Company, a successful company providing artistic and production service for various events. Though still a very young company they have enjoyed much success with highly acclaimed productions performing in the Edinburgh Fringe Festival, Galway Theatre Festival and on Broadway. Tara credits her accomplishments to date with hard work telling the audience that “success comes when hard work meets opportunity.  So we decided to work twice as hard in order to meet the opportunity faster”.

Rob O’Halloran, two time graduate of MIC, former MISU President and current Programme Director of Common Purpose, advised the students in the audience that “there are other things in life that will define you beyond your degree.  Use your time here at MIC to engage with Clubs and Societies as MIC is a place where you can make things happen.  You are more than just a number at Mary Immaculate College.”

Dave Fenwick, BA Graduate 2001, founder of Colour TV Television Production Company, echoed these sentiments saying that “Mary Immaculate College is the absolute best start I could have got in life as MIC cares and looks after its students”.  Advising those who may have an idea for a business he recommended where possible one should gain as much experience as possible from those with the expertise in that particular area.

Roisin Meaney graduated from MIC in 1980 as a primary school teacher and spent the subsequent years teaching in Dublin and Zimbabwe before working as an advertising copywriter in London until she eventually turned her hand to writing fiction. Her first novel, The Daisy Picker, won the ‘Write a Bestseller’ competition and since then Roisin has had eleven adult novels and two children’s books published and translated into various languages. Her new book I’ll Be Home For Christmas will be published later this month. To anyone nervous of venturing into waters unknown Roisin said “Do not be afraid to take a sideway step as you will never know where it will lead you”.

Bringing the evening to a close Colm O’Brien, whose company Carambola Kidz, now employs 100 people nationwide, thanked the panel for their inspiring and motivational talks,  commenting on the “genuine love and depth of feeling” from the panel towards their alma matter. Thanking Mary Immaculate College for hosting this innovative event Colm said “Mary Immaculate College is so much more than a ‘teacher training college’. To me #StartupMIC is a continuation of MIC’s vision of lowering the walls, inviting the community in and showcasing the wealth and diverse nature of talent amongst its staff, students and alumni.  They have achieved just that tonight”.

It is envisaged that #StartupMIC will become an annual event.

PHOTOS International Day of the Girl in Limerick