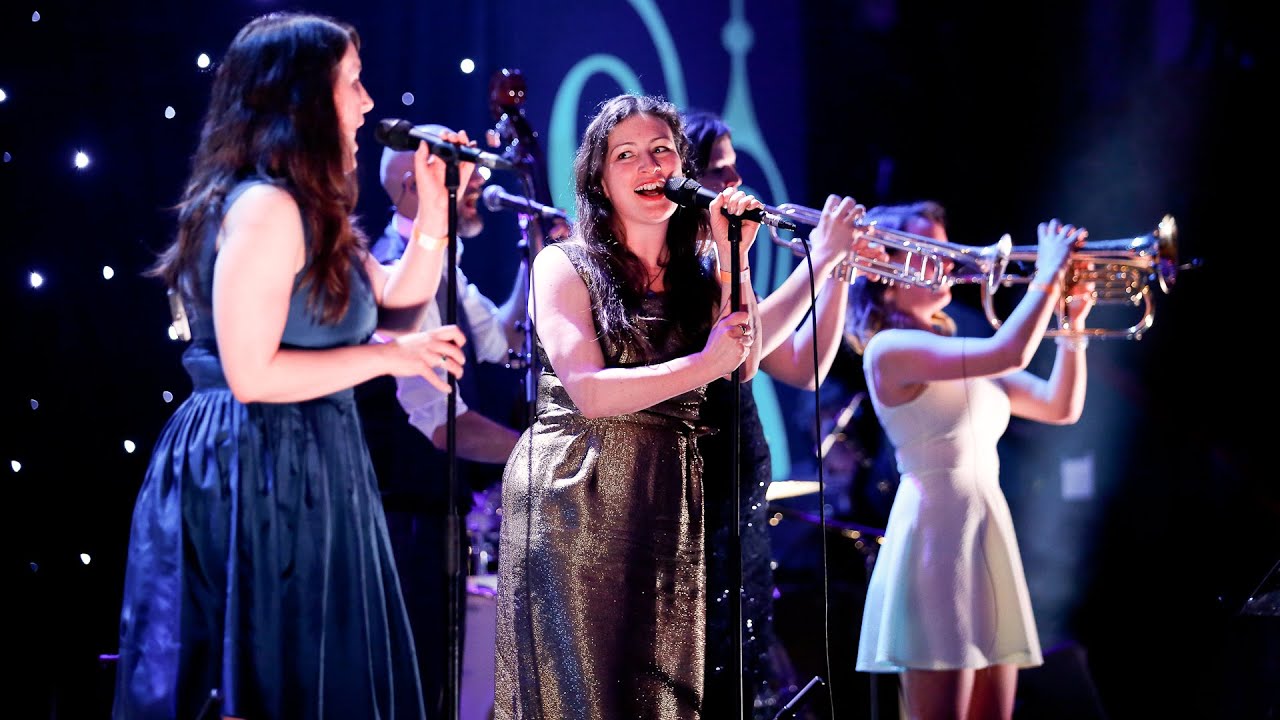 Don’t miss The Unthanks at the University Concert Hall this April, as they perform their album ‘Live and Unaccompanied’.

The Unthanks are bringing their album ‘Live and Unaccompanied’ to the University Concert Hall this April. The Unthanks are largely focused on making a new studio album this year, to follow up on 2015’s award-winning ‘Mount the Air’. However, there are a couple of short tours in Ireland and Scotland, plus a smattering of festival shows planned.

‘Live and Unaccompanied’ is an incarnation of a band with many guises, for a show-stopping adaptation of a song by fellow Geordie, Richard Dawson, for harmonies reminiscent of legendary Irish vocal trio Voice Squad, and for a sweet short film made by an award-winning family member.

The Unthanks, as a name, has been used to represent many different incarnations of a collective, dating back to 2005. On this record, The Unthanks means the unaccompanied voices of Becky Unthank, Rachel Unthank and Niopha Keegan. The Unthanks includes Adrian McNally as pianist, producer and arranger, and Chris Price on guitars. Bass is still very much alive, but following the expansiveness of recent orchestral explorations, culminating in a BBC Proms, the obvious next move was for the boys to stand aside, to allow Rachel and Becky Unthank to go back to the beginning, which for them is unaccompanied harmony singing.

Becky Unthank, Rachel Unthank and Niopha Keegan of The Unthanks, set to perform their album ‘Live and Unaccompanied’ at the University Concert Hall, Limerick.

The Tyneside sisters grew up with the unaccompanied folk song form and sang that way together before meeting McNally and putting together ‘Rachel Unthank & The Winterset’ – the first incarnation of the journey that sees them come full circle with this record. Alongside The Unthanks regular violinist and vocalist Niopha Keegan, they had already established a band within a band, with the success of haunting harmony signature pieces like ‘Magpie’ from ‘Mount the Air’. Brought to wider attention by Mackenzie Crook’s beautifully poignant BBC4 series, ‘Detectorists’ – a relationship further explored recently when Crook selected The Unthanks to score the whole soundtrack for BBC1’s Christmas hit, Worzel Gummidge. That soundtrack is now available to download and stream on iTunes and Spotify.

On this record, The Unthanks fully explore their rich and unique vocal combinations, with brand new pieces and arrangements. ‘Magpie’ is one of only three tracks on ‘Live & Unaccompanied’ that has appeared on an Unthanks record before. For the rest of the tracks, they would prefer us to regard the versions here on ‘Diversions Vol 5’ as the definitive recordings, captured live across a five-week tour in Spring 2019. Selected from thirty-one shows, the performances on this record include shows in Newcastle, Dublin, London, Brighton, Durham, Bellaghy and Belfast.

This not a live album in the sense of having concert versions of songs that appear on studio records. If a studio is a creative tool in itself with which to paint all manner of 3D settings for sound and stories to exist in, we might in contrast prefer to see the directness and simplicity of unaccompanied singing, as a performance art, and one of storytelling, which requires an audience to tell. That is the basis on which The Unthanks regard the live setting of these performances, to be the truest place to capture these songs on the record.

The Special Film Edition of ‘Diversions Vol 5’ includes ‘As We Go’, an atmospheric and beautifully-shot account of life on the road, through the eyes of BAFTA award-winning animator and filmmaker, Ainslie Henderson. The film features concert highlights, behind the scenes footage, family life and special performances in found spaces, both indoors and outdoors during the tour.

Ainslie Henderson happens to be Becky Unthank’s partner and father of their son. ‘As We Go ‘captures a unique moment in the lives of both Becky Unthank and Niohpa Keegan who, six months before the tour, each had their first child. On tour, looking after their babies, as well as making the film, Henderson’s unique position within the touring party allows him to capture the realities of touring life for new mothers. He also paints a touching portrayal of fathers looking after their young sons while their mothers travel, sing and work.

‘As We Go’ is only available on DVD as part of this special edition of ‘Diversions Vol 5 – Live and Unaccompanied’.

April is Poetry Month in Limerick 2020