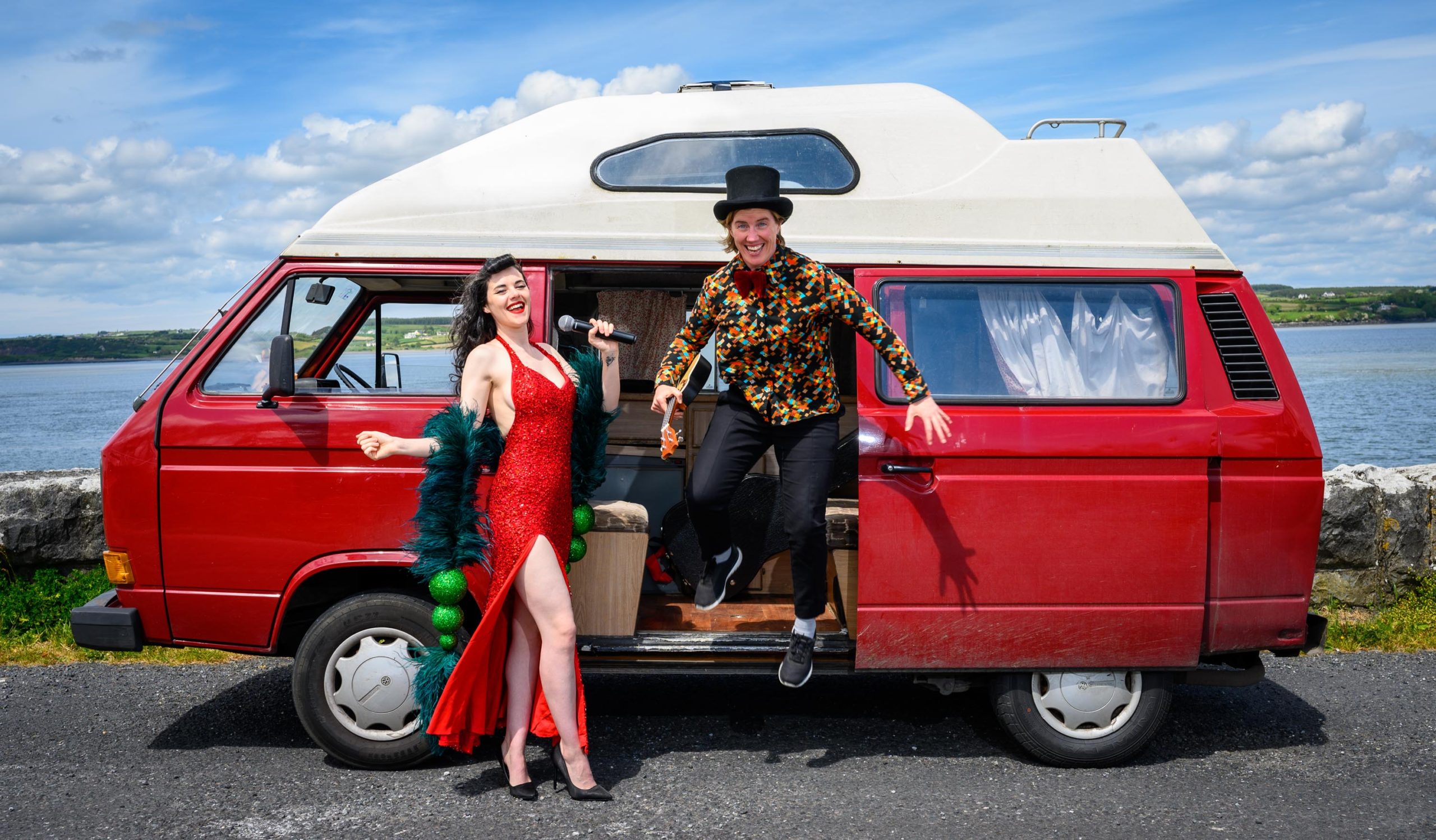 The Wild Geeze is made up of Miss Lavelle and Breda from the Queer Cabaret. The duo met a year and a half ago. Miss Lavelle was running Limerick’s first monthly cabaret show ‘Chez Le Cabaret’ in the artistic Chez Le Fab, Arthur’s Quay.

Breda being a comedian, did not hesitate to message and ask to be a part of a Limerick cabaret. Breda performed at the September show and brought the house down. Their on-stage banter and appreciation of giant vagina puppets was the beginning of a beautiful friendship.

The next day Miss Lavelle watched as Breda strummed one out on her guitar. The group realised that their voices gelled well together.  The only song that they both knew off by heart was ‘Song to the Siren’ by Tim Buckley. Miss Lavelle knew this song as her sister sadly passed away in 2011 by taking her own life and this was her funeral song.

This is when both performers realised, they had shared grief of losing a sibling, which created an immediate bond and laid the foundation for their cabaret. Once May came, they decided to quit their jobs and take to the open road. After packing up Breda’s ‘91 VW camper, they spent their days busking in the streets and taking any gig that was offered.

The freedom allowed them to fill the days creatively writing endless comedic and mindful content for the show.

Inspiration was drawn from the stunning Irish landscape and hidden gems they found along the way. From the majestic Manturks of Connemara to an impromptu full moon swim in the beautiful Garrettstown beach with the women of West Cork. The Wild Geeze described that their experience from the trip was much like the landscapes they saw, “both wild and serene”.

Wild Atlantic Cabaret is a night filled with endless stand-up comedy, burlesque, country classics, puppets, Farm talk, sketches and original songs such as, “The Farmer & the Vegan should be friends”, “Irish Fanny Song”, “How’re ya in yourself?” & “Any Oaks?”

The show is a comedic approach to life’s challenges and the struggle, described as a much-needed genre of truthful female comedy that beats to the rhythm of “mind your mental health” and “laughter is the best medicine”.

The ambition of The Wild Geeze is to do an Irish tour again this Summer with a fully developed show, so they can spread joy and laughter while discovering more of Ireland’s wild people and places. The Wild Geeze describe themselves as, “the perfect poster children for good mental health, a lesbian farmer and a stripper”.

For more information about the Wild Atlantic Cabaret, click here.