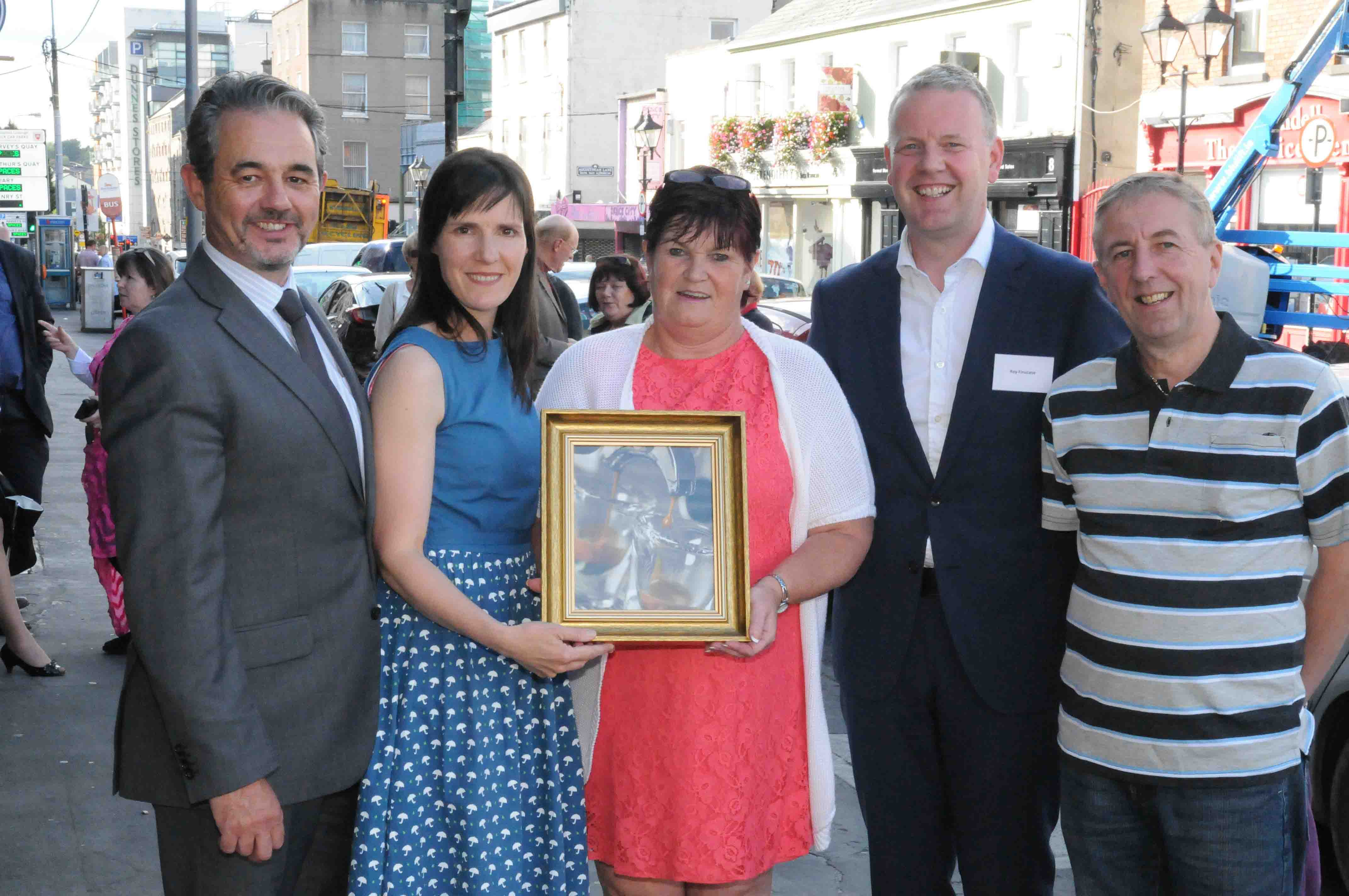 The launch of the Thirteenth Annual Roches Street Traders Charity Arts Festival took place on Monday the 17th of August on Roches St. For the festival many of the shops on the street turn into art galleries for two weeks every year and this is unique in Limerick. The event allows local artists to showcase their work and to reach new audiences as well as bringing art lovers and new audiences in to the shops on the street.

To date the festival has raised in excess of €100,000 for local charities. This years festival will take place from September 7th to September 19th and will be officially launched on the evening of Monday September 7th at the new premises Lily on Roches Street.

The event will this year benefit both the Rape Crisis Mid West Charity based in Limerick and CARI, two well deserving local charities.

Verena Tarpey, of Rape Crisis Mid West was on hand to launch the event and spoke to the audience about the difference that funds raised would make for the charity.

Helen Coote, of CARI, also spoke at the event and encouraged many of the Roches St Traders to come and look at the facility which the fundraised will benefit.

Roy Finucane, Chairperson, On behalf of the Roches Street Traders Association welcomed Colm O’Brien of Carambola Kidz, who also serves as a board member of both CARI & the Limerick Chamber of Commerce, who will be launching this years festival. Colm is a local business writer and in addition to his philanthropic work with CARI and the Blue Box two local children’s charities, he recently released a book on his business journey entitled, “Feeding Johnny”.

Colm O Brien said he had been a long time fan of the Roches Street Charity Arts Festival and was delighted to get the opportunity to be involved. He also praised the work of both of the charities who would benefit from the event in 2015.

Finally Roy Finucane, again on behalf of the organising committee wished to thank, Hugh Lilburn, the local media, the participating artists and of course the Roches Street Traders who give up their time each year to keep this great annual event going.