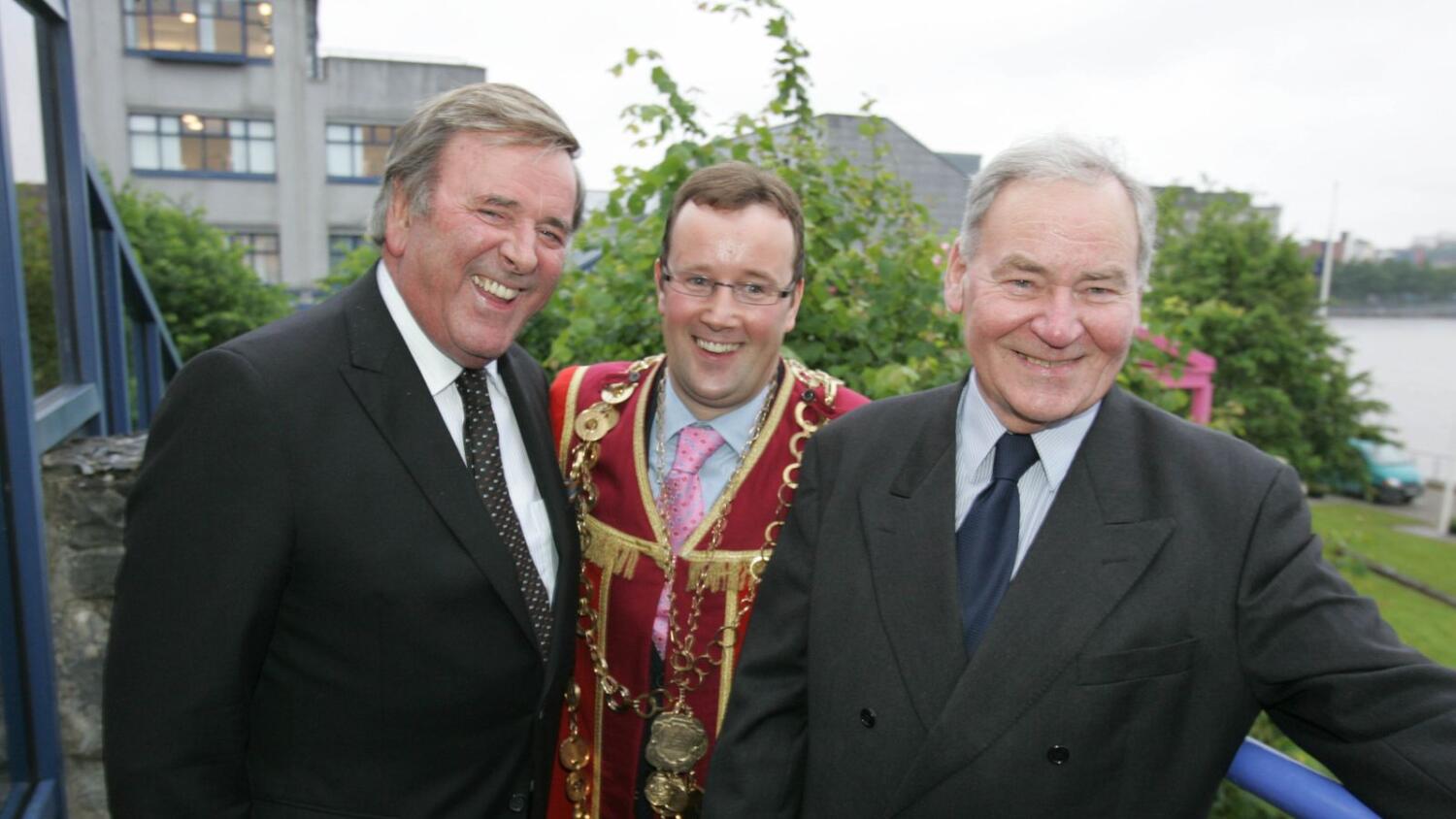 A self-portrait of Thomas Ryan from 2017.

The Mayor of Limerick city and county has paid tribute to the late artist, Thomas Ryan RHA who has died on Thursday, 16 September.

Thomas Ryan was born in St Joseph’s Street, Limerick in 1929 and grew up in Davis Street in the city. He was educated in the former Limerick School of Art and what is now the National College of Art and Design in Dublin.

From his medallic work designing the old Irish pound coin and millennium fifty pence piece to his stunning art pieces working across a variety of media including oil paints, watercolours, chalks, charcoal and pencil, he painted some of the country’s most prominent figures such as Éamon de Valera and Seán Keating. His works, ‘Flight of the Earls,’ and ‘GPO1916,’ are two of the country’s most important historical artworks.

Mayor Butler described the late Dr Ryan as an ‘extraordinary talent and one of Ireland’s most significant artists’ who had a long association with the Mid-West and was extremely proud of where he came from.

Dr Ryan received the Freedom of the city of Limerick in 2007. Ar dheis Dé go raibh a h'anam dílishttps://t.co/sRSy8Y53yJ

“As a young boy he played in the People’s Park and in the heart of Georgian Limerick and despite his success and talent, he was a man with a lifelong attachment to this city,” Mayor Butler said.

Although Ashbourne and Co Meath became his home, he was always a proud Limerickman and was very touched when he received the Honorary Freedom of Limerick city along with broadcaster Terry Wogan in 2007.

He reached the highest level in his career but never forgot his roots and celebrated his 90th birthday in his home city.

“We were honoured that one of his last exhibitions of 40 of his paintings from his long working life spanning over 70 years went on display at the People’s Museum of Limerick in 2019, just across from the park where he spent so much time as a young boy. I would like to extend my condolences to Dr Ryan’s wife Mary, children, Pearse, John, Ann, Myles, Eavan, Aengus, 16 grandchildren, extended family and his many friends,” Mayor Butler said.

Related Topics:Thomas Ryan
Up Next