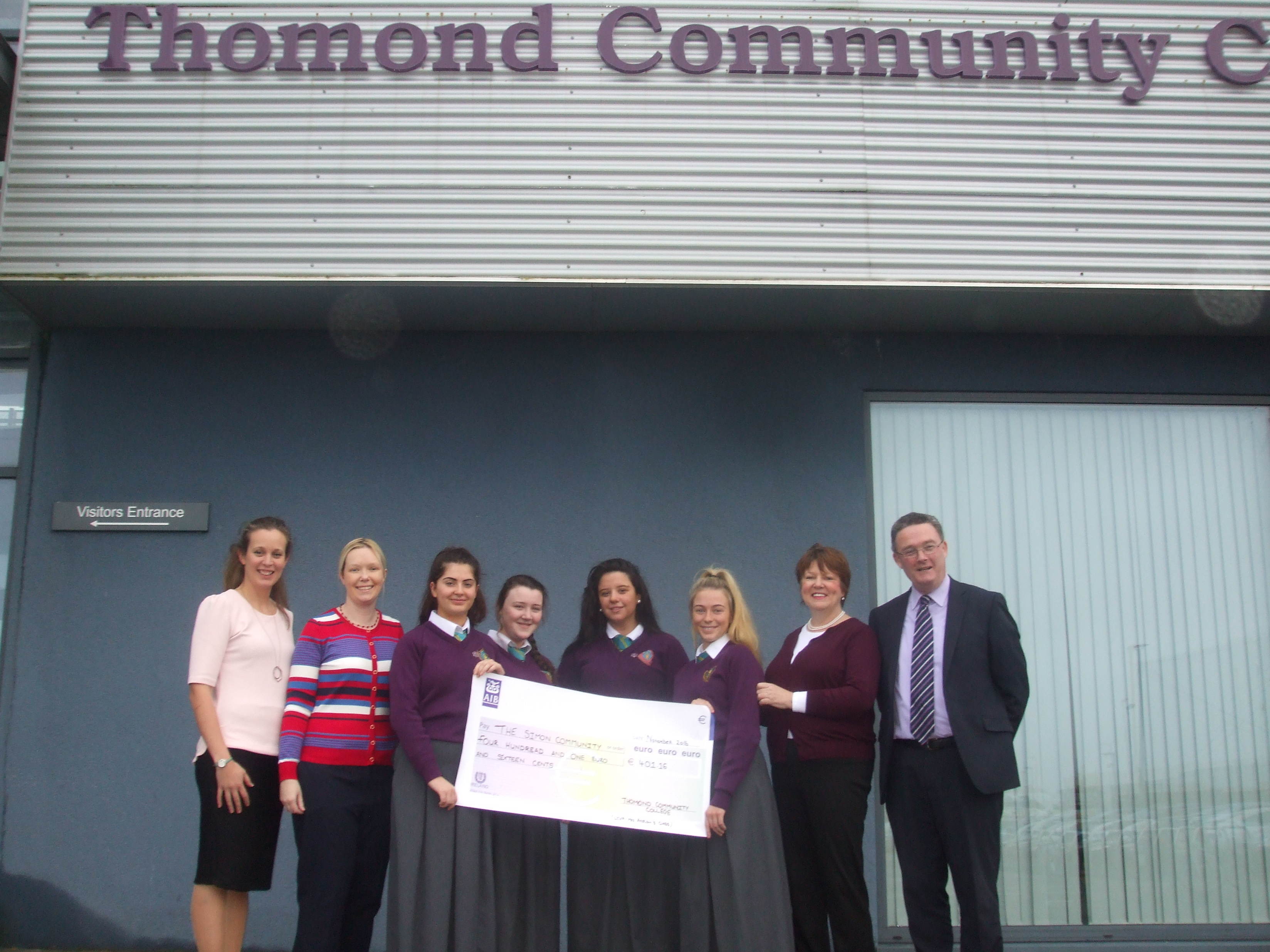 Thomond Community College students have taken the opportunity to raise much-needed funds for a number of local and national charities through their Enterprise module as part of the school’s curriculum.

Students from Thomond Community College have been busy fundraising for four charities. The sixth-year LCVP group taught by Mrs Anslow, a teacher from the Business Department have organised everything from coffee mornings and bake sales to guess how many jellies in the jar games! They raised 73

They raised 73 Euro for the Alzheimer Society of Ireland, 131 Euro for Milford Hospice and 90 Euro for Limerick Animal Welfare. Their final event raised 401 euro – it was a ‘jeans day’ in aid of the homeless for Christmas which was given to the Simon Community in Limerick. Since the students were doing an enterprise module as part of LCVP they could have kept the money themselves but as one student, Holly O’Keeffe, pointed out, “Giving is always better than receiving and if we can make people’s Christmas a bit better, we would like to try.”

Well done to all involved!