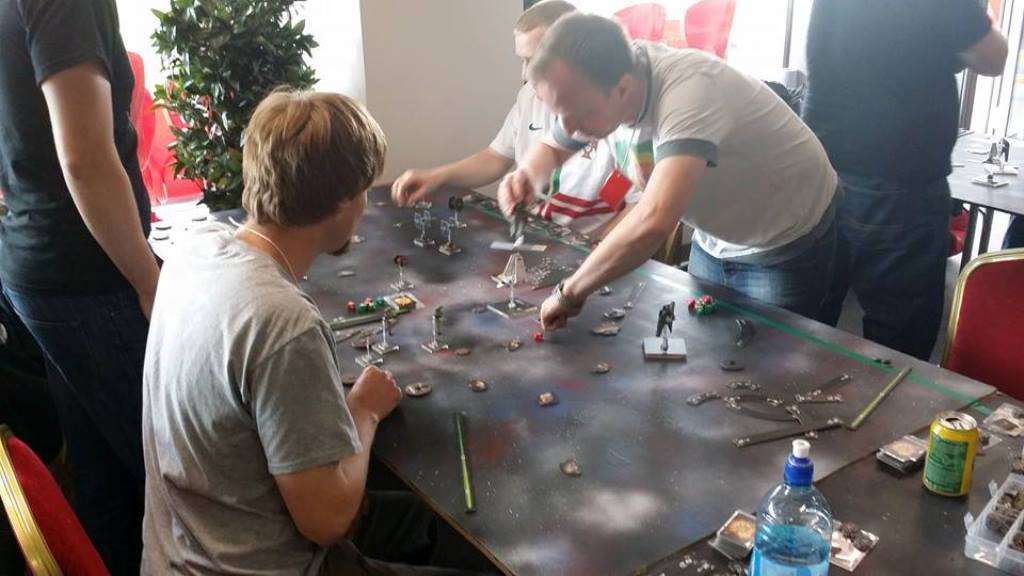 People from all across Europe are expected to gather at Thomond Park from June 19-21 to participate in Limerick’s premier Games and Hobby convention – Conclave 2015. Bonded by an interest in gaming, modelling, painting, comics, sci-fi, fantasy and the gems of pop culture, they get together for two days a year to celebrate their many diverse and similar interests, and that is the spirit of Conclave.

For 16 years the Conclave banner has been bringing people together, from the Veteran Wargamer to the youngest Yu-Gi-Oh player still struggling with his first deck, from people who play a knight and roll dice in a Role Playing Game to people who don a full set of real armour to be a knight.  Anyone who enters the doors, gets involved or has an interest in what they do, is a part of Conclave and The Gathering Gamers. If you even think you might fit in or not… then you probably fall under their umbrella.

Participants will compete for National and European gaming titles, and according to organiser Garry Jackson of The Gathering Games Store in Limerick City: “This year sees gaming groups and gamers from all Ireland, the United Kingdom, South Africa, Poland, Germany, Holland and from throughout Scandinavia coming to attend. On the collectable card games front, this year sees Magic Irish Nationals, Yu-Gi-Oh Conclave Championship. The hugely popular Games Workshop Warhammer and Lord of the Rings will also feature. The Dreadball Nationals and Netrunner Conclave Tournament will be contested. The Convention will also feature historical and sci-fi/fantasy games, war-games, collectable card games and role playing games.”

Commenting on the background to the Conclave Convention, Mr. Jackson said: “The Convention began in 1999 as a gathering for various gaming and hobby groups in Limerick to come together and host an event encompasing all hobbies, and inviting anybody to participate. Starting out in Halle Ide on Thomas street and now in Thomond Park, the event has grown over the years, but what has remained constant is the support and involvement of the local community. The participation of many local groups, including the Limerick Historical Gaming Society, Limerick Modellers Club, The Knaves Boardgaming Club and The Gathering Gaming Club and the support of local businesses provides a backbone and the convention now includes all ranges of the hobby and games industry including collectable card gaming, miniature wargaming, historical gaming, fantasy and sci-fi roleplaying games, boardgames, figure painting and model making. This year we are delighted to host Conclave at Thomond Park and are looking forward to welcoming anyone who has attended Conclave over the years and anyone interested in attending for the first time.”

For further information on the Conclave Games Convention, you can contact The Gathering Games store at 00353-61315133 or