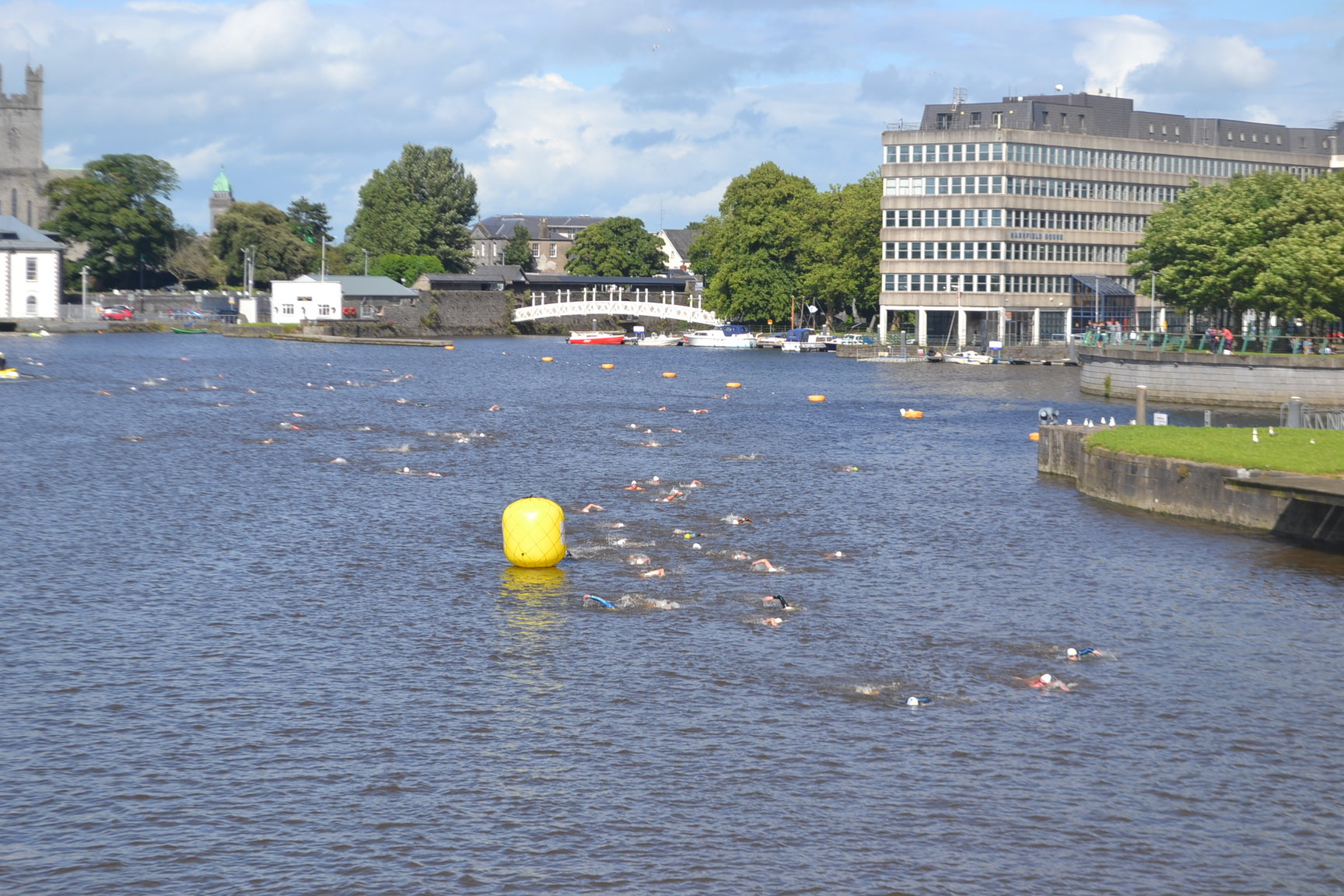 Thomond Swim 2016 took place at St. Michael’s Rowing Club on Saturday, July 2 at 16:45. The swim attracted plenty of competitors as well as their families who followed the down the river on foot. It was open to wetsuit and non wetsuit competitors.

One competitor put her arms up to greet her friend who was also competing. Photo by Holly Kenny / ilovelimerick

The swim started from the slipway at St Michael’s Rowing Club and proceeded up the river Shannon turning just before Thomond Bridge. The competitors then swam down river marked by large yellow floats to guide them past King John’s Castle, the Civic offices, Shannon Rowing Club before finishing back at St Michael’ s Rowing Club.

The Thomond Swim covered a distance of 1800m and is a qualifier for the Liffey and Harbour Swims in Dublin.

Everyone across Limerick was invited to support the amazing competitors by the Clancy Strand, O’Callaghan Strand, Sarsfield bridge and Howley’s quay. They did so by following the swimmers on foot around the Shannon or by glancing across as they were driving past the crowds.

The weather was gloomy on the morning of Saturday but it ended up being a lovely day with rays of sunshine spilling down onto the city.

A competitor greeted by her daughter when she finished the swim. Photo by Holly Kenny / ilovelimerick

Swimmers of the competition had to be members of Swim Ireland.

The sponsor Shannon Group formally came into existence in September 2014. They are owned by the Irish State and have a commercial mandate. Their business span over four key areas: Shannon Airport, Shannon Commercial Properties, Shannon Heritage and IASC, the International Aviation Services Centre.

For information on the route of the Thomond Swim 2016 click here.

To become a special member of Swim Ireland click here.

For news stories from us at I Love Limerick about the Thomond Swim click here.