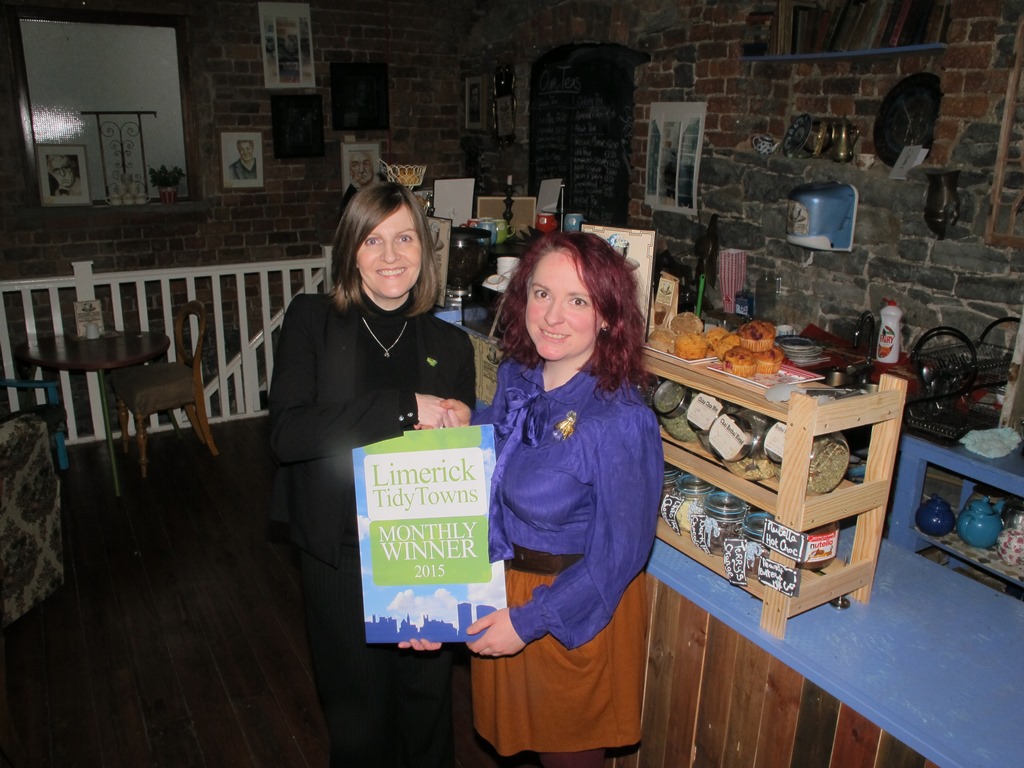 Pictured above: Maura O’Neill of Limerick Tidy Towns presenting the award to the owner of The Stormy Teacup, Ruth Crean. 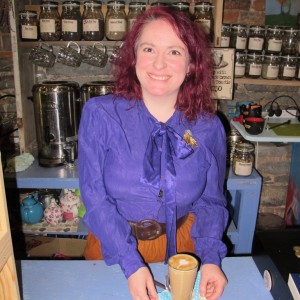 Ruth Crean, the owner of The Stormy Teacup.

Limerick Tidy Towns have launched their new Monthly Awards by presenting the January 2015 Award to The Stormy Teacup on Foxes Bow, which was selected for revamping what was previously a neglected alleyway into an extremely attractive, unique artisan tea shop and it has become  very popular since it first opened. The Stormy Teacup is not just popular for its wide selection of artisan teas, but it also has many events such as weekly cinema, book cup meeting and musicians.

Maura O’Neill from Limerick Tidy Towns says “For many months, we have considered The Stormy Teacup as an ideal candidate for one of our awards, but in order to spread it around the city, we had to wait until 2015 as we had already given an award to a business in Foxes Bow in 2014, which shows just how attractive that part of town has become. That is down in no small part to this beautiful little tea shop which is full of character both inside and out, and as well as looking great, it very much upholds the Tidy Towns ethos of recycling and re-using by selling second hand books and crafts. Ruth also has plans to further develop the outside area, by adding an awning and lights which will enhance even more an already beautifully maintained alleyway. We are delighted to present our first award of 2015 to a home grown Limerick business, with community and culture as part of its ethos”. 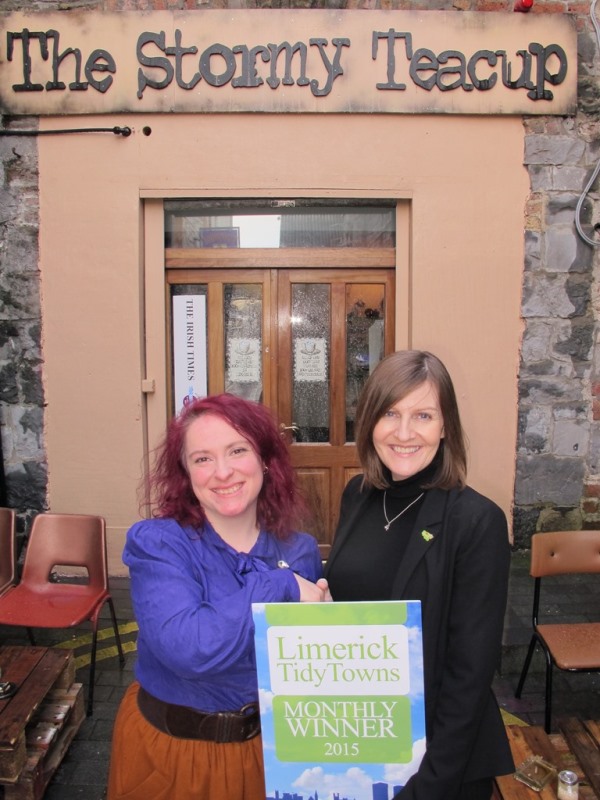 Maura O’Neill of Limerick Tidy Towns presenting the award to the owner of The Stormy Teacup, Ruth Crean.

The Stormy Teacup is the first Limerick Tidy Towns Monthly Award winner for 2015 and it marks the start of their year as they try inspire other local businesses to make the effort to recognised by just taking pride in their business, the premises and adding to the positive image of Limerick City. An overall winner for 2015 will be chosen at the end of the year.

If you wish to volunteer with Limerick Tidy Towns they meet every Sunday morning at 11 am at the corner of Thomas Street and O’Connell Street, and on Wednesday evenings from springtime onwards