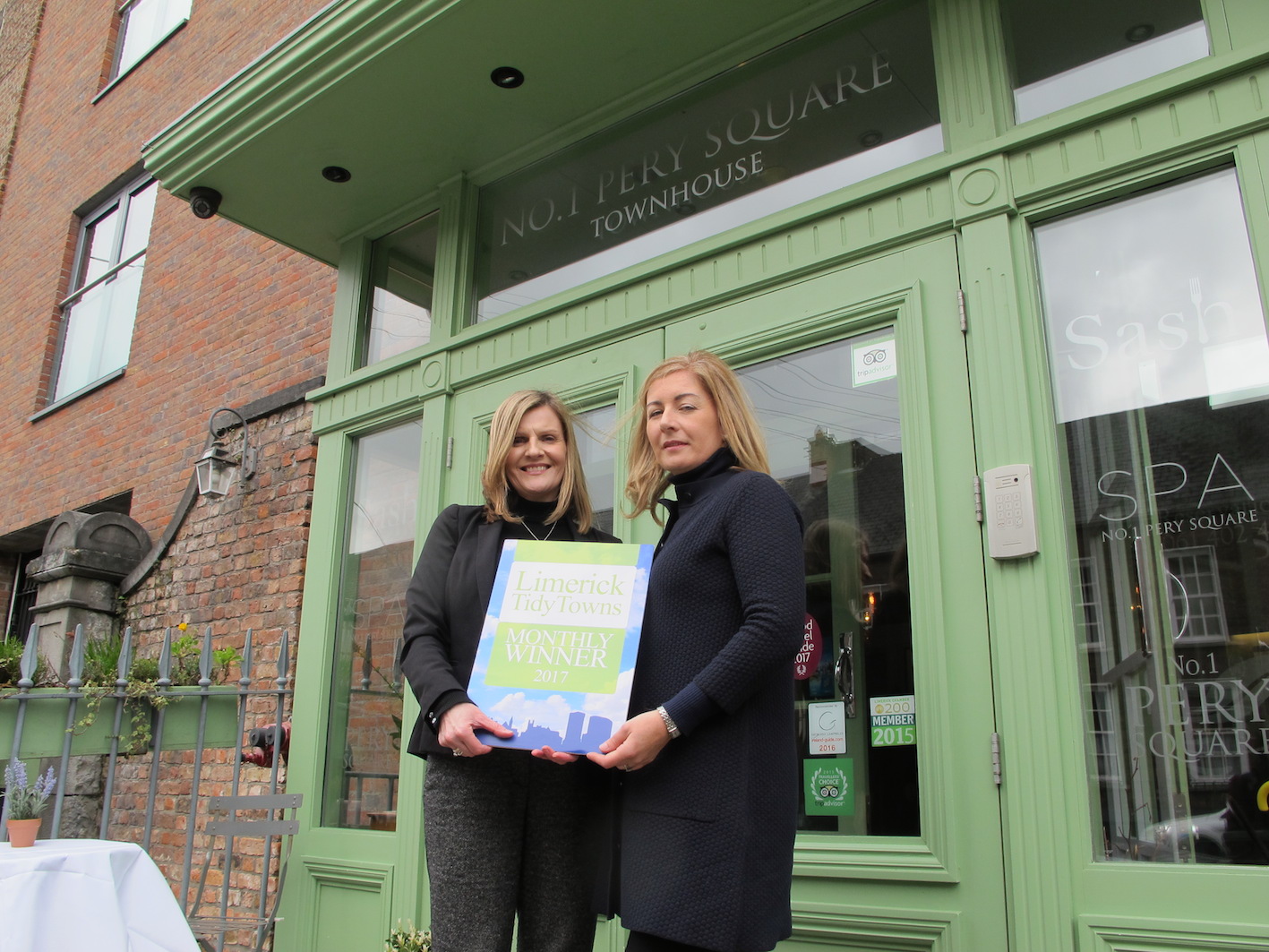 Maura says “Since we started our monthly awards in 2014, we have mainly concentrated on smaller businesses and properties to try to encourage similar businesses to follow suit, with a number of awards having been given in this area of the city due in part to the great work carried out by the South Limerick City Residents Association.  To date, we have tended to avoid larger premises such as hotels but in the case of No 1 Pery Square, we simply had to make an exception as the impact of this beautiful hotel on the entire Georgian Quarter of Limerick simply can’t be understated. Having personally worked on Barrington Street, overlooking the previously derelict site where the hotel now stands, I can appreciate even more the incredible restoration project that Patricia lovingly undertook to lead to the stunning building we see today.”

No 1 Pery Square opened in 2008, and despite the difficult economic circumstances of the time, quickly gained a reputation as a luxurious and intimate boutique townhouse hotel, ideally located on the edge of Limerick city, overlooking the handsome tree-lined People’s Park.  As well as the 20-bedroom hotel and the beautiful drawing room which hosts Afternoon Tea and company events, there is also the charming Sash Restaurant which prides itself on selling the best of local produce, and Spa No 1 offering the ultimate urban spa retreat for both men and women.  The interior of the building has also been beautifully restored, with original architectural features expertly reinstated, so guests are surrounded everywhere by the authentic history of the property.

No 1 Pery Square is the third Limerick Tidy Towns winner for 2017, following Casey’s Londis Mount Kennett in February and Narrative 4 in January, and all monthly winners will be in with the chance of winning the overall prize for 2017 at the annual Tidy Towns event to be held early in 2018.

For more information on No.1 Pery Square click here