By Richard Lynch on September 18, 2019@richanthon 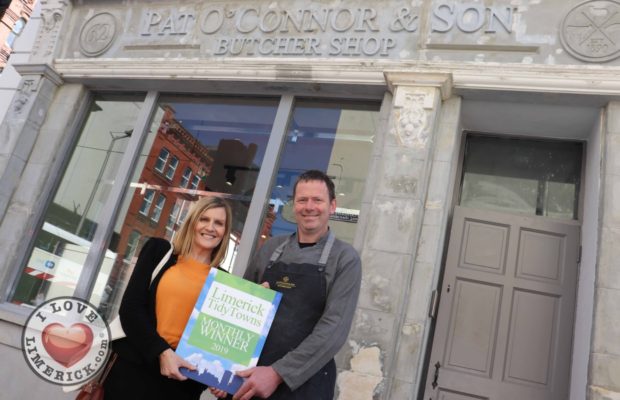 Pictured outside the shop being presented with the award by Maura O’Neill of Limerick City Tidy Towns is Noel O’Connor, Proprietor (Photo: Anthony Sheehan/ILoveLimerick).

Limerick City Tidy Towns have presented their monthly award for September 2019 to Pat O’Connor & Son Butchers for their beautifully restored new store at 62 William Street, which has this month also celebrated its official opening.

Maura O’Neill of Limerick Tidy Towns said, “Given how important our Georgian heritage is to Limerick, it is wonderful to see a building such as this being restored and renovated so beautifully and sympathetically in the heart of the city centre, not just the shop at street level but also at all upper levels.  We were all so impressed with the attention to detail with regard to the signage, the marble frontage, the mural at the Little Catherine Street side of the shop, and of course the beautiful windows which showcase the quality of the product for sale perfectly.  It is like stepping back in time and shows just how wonderful our traditional buildings can be when restored to this standard. Indeed, the day the award was being presented, the exterior was being painted so we saw first-hand the quality of the workmanship and attention to detail that has clearly been an integral part of this project”. 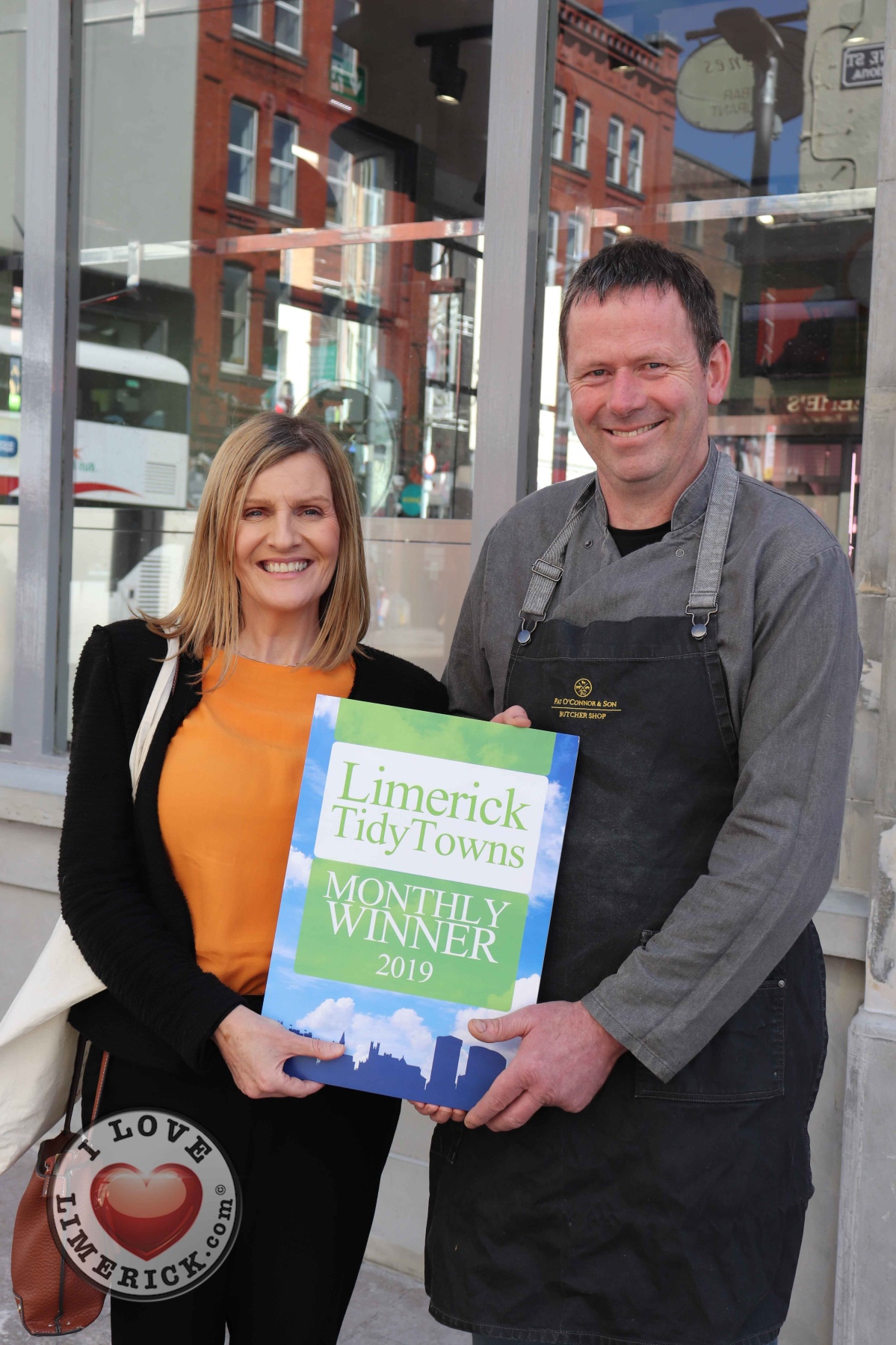 First established in 1890, Pat O’Connor & Son is a family-run butchers that is long known for the quality of its product, which it sources locally.  The business was taken over by Noel O’Connor, son of Pat, in 2010 having originally been located at 43 William Street, before renovating and moving to this new store in March 2019.

Pat O’Connor & Son Butchers are Limerick City Tidy Towns’ ninth winner for 2019, following Mint Boutique in January, Bakehouse 22 in February, Midwest Lighting in March, The Glen Tavern in April, Alexandra Dental Clinic in May, Thai Angel Massage in June, Abbey River Coffee in July and our joint winners Flannerys Bar and Hanleys Chemist in August, and all monthly winners will be in with the chance of winning this year’s overall prize at their annual event to be held early in 2020.