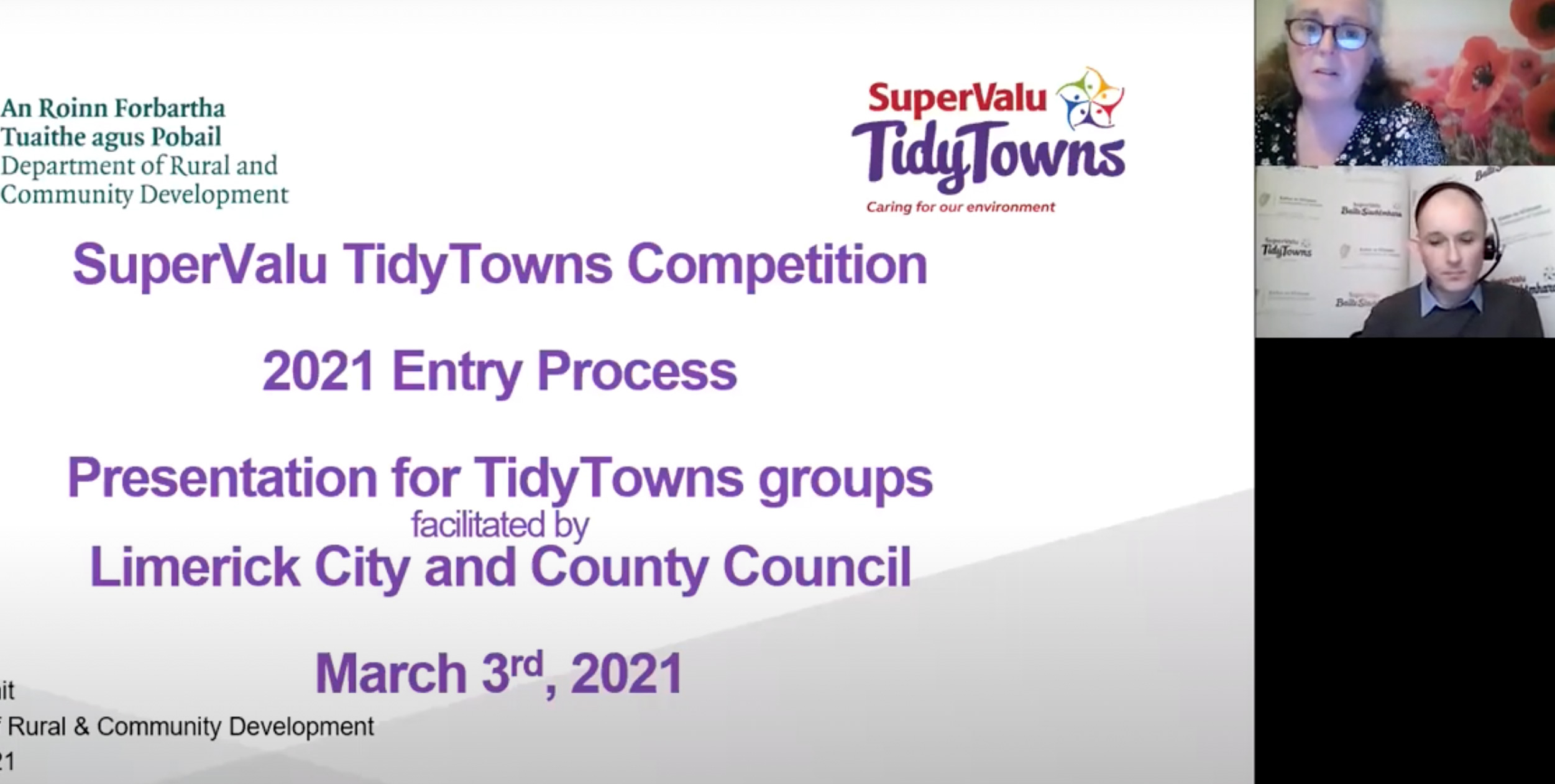 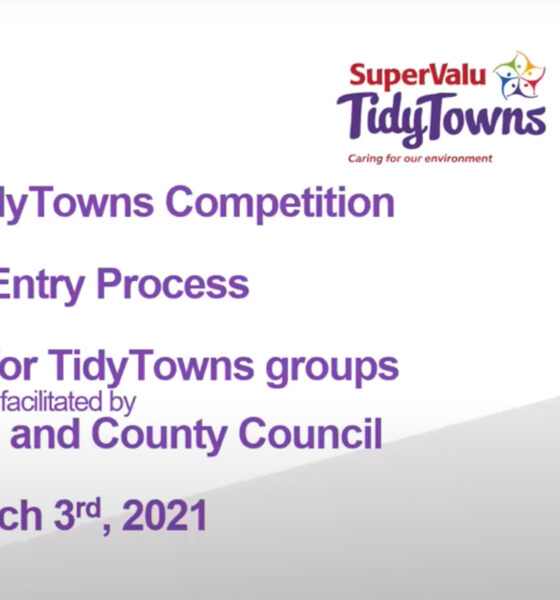 A total of 490 volunteers from groups across Limerick city and county attended the most recent Tidy Towns webinar organised by Limerick City and County Council in collaboration with the Tidy Towns Unit of the Department of Rural & Community Development.

The webinar was the fourth in a series of webinars aimed specifically at Tidy Towns groups, focusing on the application and how best to succeed in the nationwide competition.

Tidy Towns is due to return this year following an absence in 2020 due to Covid-19.

Huge numbers turned up for the webinar reflecting a greater than ever desire for communities to develop and improve their local areas.

The webinar was presented by John Carney of the National Tidy Towns Unit who is looking forward to this year’s competition once Covid restrictions ease and it is appropriate to do so.

In his presentation, John reassured groups that there would be no negative marking in the 2021 competition. Tidy Towns groups were given an assurance that adjudicators were all too aware of the constraints that Tidy Towns groups were operating under and that this would be taken into consideration. The groups were advised that applications should be submitted in electronic format this year and that groups should include actions/ work that they have carried out since June 2019 in their next application.

Mayor of the City and County of Limerick Cllr Michael Collins said: “The huge attendance reflects the importance the Tidy Towns movement plays in communities right across Limerick. The absence of the competition last year has just piqued interest and the requirement that people remain within 5kms of their homes has heightened awareness and desire to do what we can to improve our own localities.”

“Tidy Towns also has a very social aspect to it, that cannot be underestimated, and provides an outlet for many people regardless of age or ability. Our participation in Tidy Towns is growing and developing every year and it’s great to see that, despite the restrictions, 2021 will just be the same.”

Speaking after the event, John Carney said, “A huge word of thanks must go to the hundreds of volunteers who are striving to make Limerick a much more beautiful place. Thanks also to Sinead Mc Donnell, Environmental Awareness Officer with Limerick City and County Council for facilitating the webinar. The Department will continue to keep groups informed through the various communication channels we have in place, including the Tidy Towns Newsletter and Social Media, in advance of the competition launch. We are here to support groups and encourage groups to stay safe, adhere to public health advice and to contact us if they have any queries

The fifth FREE webinar in Limerick City and County Council’s Tidy Towns webinar series is Tidy Towns and links to the Sustainability Development Goals and takes place on Wednesday 10 March 2021 at 8 pm.

After registering, you will receive a confirmation email containing information about joining the webinar.

For other stories on Limerick Tidy Towns go HERE

UPDATE: Run for Liam fundraiser for the Children’s Grief Centre