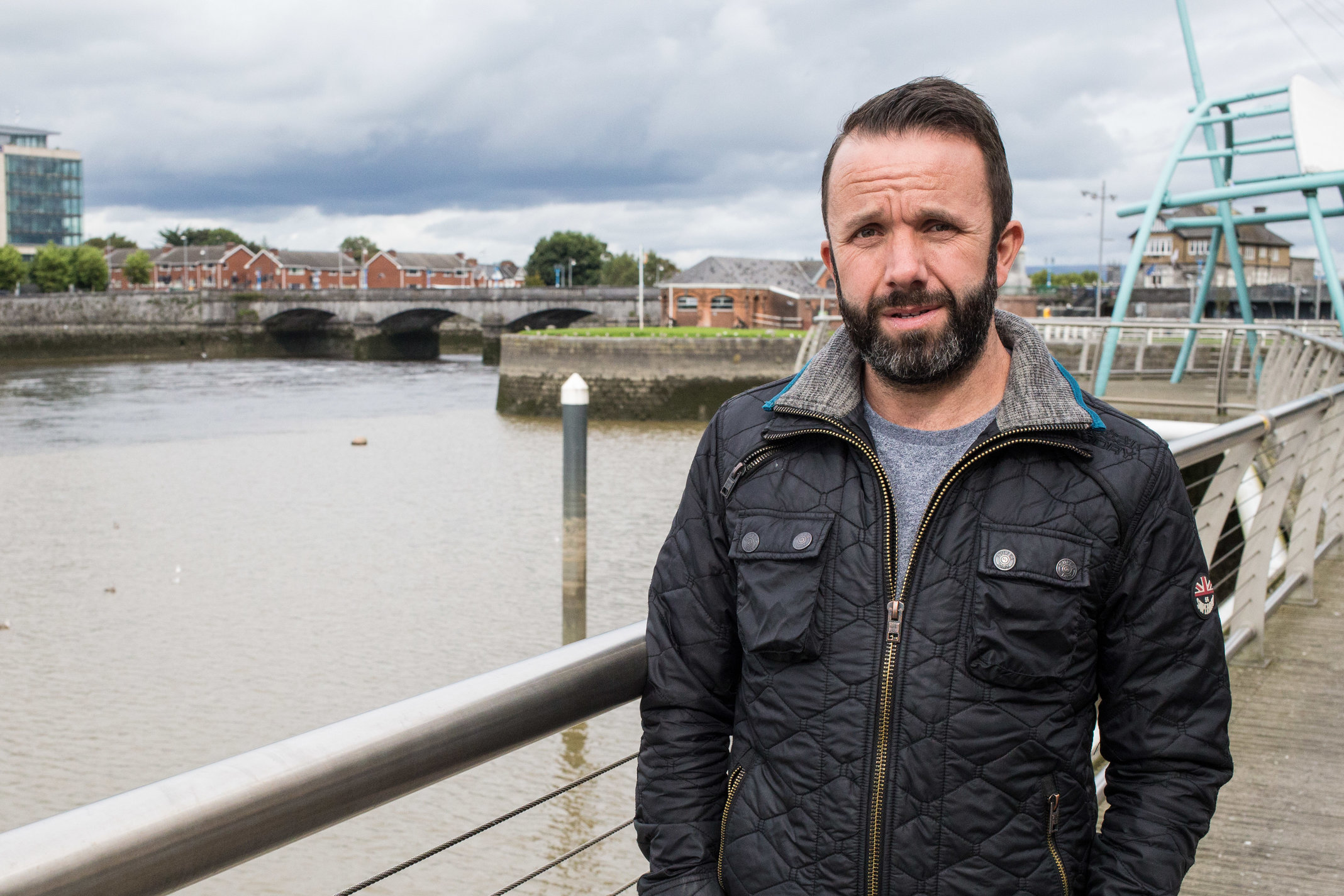 Time for A Champion film will tackle bullying first hand

Time for A Champion is a film that will tackle bullying first hand. Pictured above is Founder of stopthebully.ie, Pat Forde. Picture: Cian Reinhardt/ilovelimerick. Ti

Stop the Bully Ireland, an anti-bullying service which empowers people of all ages with the tools to effectively deal with bullying has just announced a breakthrough partnership with Worldwide Motion Pictures Corporation for their new feature film, “Time for A Champion”.

Time for A Champion is an inspirational sports story, which follows the efforts of a homeless Latina girl to overcome a background of neglect and poverty. Enrolled in high school by her new adoptive parents, she must then confront bullying in the classroom and on the athletic field.

“We are thrilled and honored that Stop the Bully has chosen Time for A Champion is to spearhead their new campaign to raise awareness of the pernicious effects of bullying on children and teenagers in schools and communities, throughout the world” stated President and CEO of World Wide Motion Pictures Corporation, Paul D. Hancock.

“This is a unique film because it was produced by a school district, which has seen first-hand how bullying can transform the school environment into a painful experience for those students who are its targets and victims,” expresses Pat Forde, Founder of Stop the Bully.

Pat Forde, one of Irelands leading figures in the on-going anti-bullying debate in Ireland initially worked with bullying targets through his work as a Tang Soo Do Instructor. He then furthered this to adopt solutions and interventions to suit all people and not just those attending martial arts classes.

Pat set up an online platform where there are resources and advice for young people and parents to avail of called stopthebully.ie, as the idea “grew organically”, expressed Pat.

Pat was involved in the RTE show, Bullyproof that gave him the opportunity to mentor and work extensively with a teen that had been bullied and had suicidal thoughts. He expressed how when the show was, “aired and went on to win an IFTA I was being approached by lots of schools and families all over Ireland and decided I needed to give a more national approach to my work and setup stopthebully.ie which has gone on to help thousands all over Ireland”.

Pat regularly visits schools across the country running class workshops to help students deal and overcome various potential bullying scenarios. “These are very effective with students as I use methods which they have not encountered before and it’s not just a talk for students telling them how bad bullying is. I think it also helps me that I have lots of experience coaching in martial arts as it helps me relate to students and teachers often tell me that my skills in relating to the students and communicating with the group are highly effective”, explains Pat.

He also hosts regular group sessions nationwide where Pat gets families together which is proven, “very effective”.

“Bringing people together helps to show them that they are not victims and is a great way of removing the stigma they may feel. The effect these workshops can have is actually very moving and can be quite emotional to see a bunch of shy, scared and hurt kids arrives at the start of the day and at the end of the day see a bunch of happy, more confident friends leaving prepared to face whatever it is that has been troubling them. What is amazing for me is that from the feedback I receive from parents following workshops and family meetings is that the vast majority of kids and families that attend do not experience further difficulties.” explains Pat.

Pat continues, “I spent some time with Facebook in their European HQ a few years ago. To be honest the issue of cyber bullying is something that has me very worried as it’s becoming much more common. I see kids as young as 7 using technology and we are introducing them to the concepts of social media from a very young age. The use of smartphones has seen issues grow exponentially too. It’s very scary and I often have to deal with very worrying situations.” Time for A Champion.

As for the future of Stopthebully, Pat says his aim is to get the Irish government to listen to practical solutions that can help. “I have been working in this area ever before it became headline news in this country and it’s disappointing to see many missed opportunities the government, schools and department of education have had to improve the situation”. Time for A Champion.

“Don’t be afraid to tell someone if you are being bullied as there is no shame in it. You are not a victim and it’s not your role in life to be a victim and keep your head held high and don’t let others wipe the smile from your face. This can be tough when people can’t handle the situation so I would also urge anyone who feels affected by bullying to get in contact with stopthebully.ie as I can help. This is not something that comes at a price and is something that will help make life a little easier” concludes Pat.

Have you got what it takes to be LEO Entrepreneur of the Year 2017?