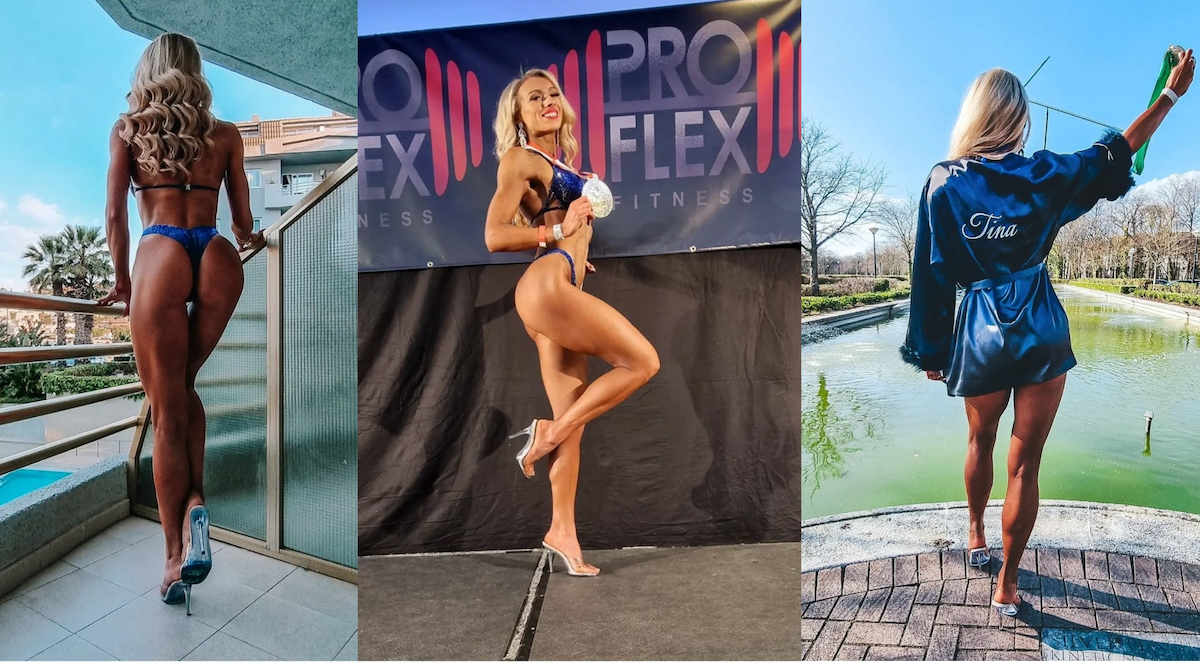 Tina Hnatysyn became a champion and won a Gold Medal at the Republic of Ireland bodybuilding Federation (RIBBF), Cork Show, in April.

From miscarriage to chasing her dreams and representing Ireland at World Cup in Spain, the last couple of months have been very busy for Tina Hnatysyn from Newcastle West.

Since the last time we spoke she became a champion and won a Gold Medal at the Republic of Ireland bodybuilding Federation (RIBBF), Cork Show, in April, and got to represent Ireland at the European Championship in Santa Susana.

Saturday, October 21, 2022, Tina Hnatysyn will shine again at the RIBBF Show in Limerick and then fly to Spain for the biggest stage in her life, the World Cup where she gets to represent the Republic of Ireland once again.

This time it is even better she says, her husband Mike and son Noah are going with her. There is no better feeling for Tina than Noah shouting “Go Mummy!” from the audience.

Following a strict diet, exercising a few hours a day and posing is not easy but it is mandatory to ensure best on stage. But it wasn’t always like that for Tina, to get where she is today as she had to experience severe lows in the process saying, “Gym brought me back from a very dark place and gave me purpose. After miscarriage I had in 2017. The gym was the only thing that made me feel alive.”

I was an emotional eater and due to my PCOS and hormones I suffered a lot. Eating when feeling low and sad, not taking care of my mental or physical health. I tried every single diet out there, because I was prone to gain weight. Until one day when I woke up and decided it was enough pain and I didn’t want to live like this anymore.”

Since then Tina became a mom, opened up her very successful Fitness Studio, published a cookbook, was nominated for Business Woman of the Year award and decided to prove herself and her clients that anything is possible If you want it hard enough.

“I was listening to all these excuses that I used to tell myself and decided to prove to everyone that  nothing’s impossible. After my first competition I fell in love with this sport, stage and here I am.”

Tina is helping busy women to change their lifestyle through fitness focusing on relationships with food and says that the most important thing for her is to teach her clients that you don’t have to starve yourself to lose weight. There is a way to enjoy life, eat foods you love, go out and become the best version of yourself.

She is looking forward to competing in her county, saying that it is always nicest to compete at home and would love to invite anyone who is looking for a fun day to come to the RIBBF Show in Limerick on Saturday, October 22 at University of Limerick, saying, “The show will be amazing, there is a huge amount of work put into organising this event and I can’t wait to see everyone there supporting my dream.”

Tina will be appearing at the 2022 Midwest Empowerment and Equality Conference on Friday, November 11 at the University Concert Hall, from 9.30 am (Registration) to 3.30 pm, and light entertainment and refreshments are included.

For more stories on Fit By Tina go HERE

Ballyneety Defibrillator proves “it takes a village to save a life”