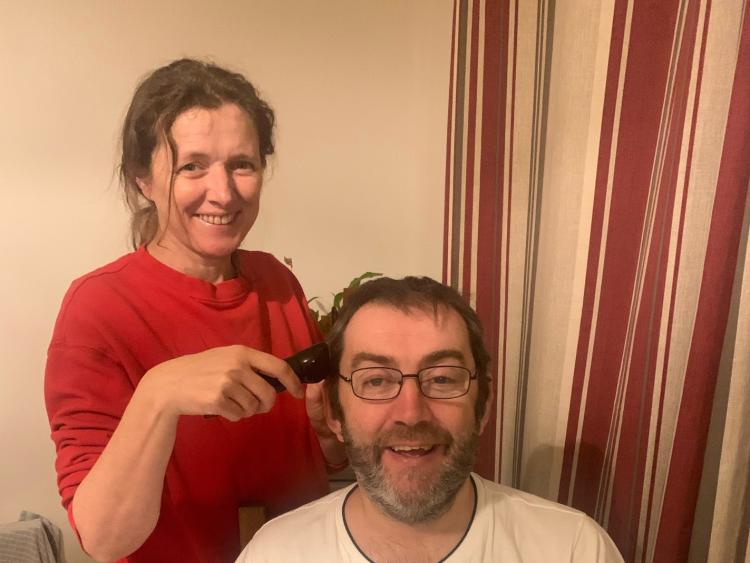 TJ O Riordan, from Abbeyfeale, has raised thousands of euros by shaving his head on Valentine’s Day for the Irish Cancer Society, a charity very close to TJ’s heart.

TJ survived Covid-19. Describing it as a very difficult and lonely time, he chose not to let it get the better of him. He vowed to shave his head for charity on the anniversary of his father’s death. He dedicated it to his father, Jack, who lost his battle with cancer 17 years ago. “I got off to a ‘positive’ start to the new year, just not the positive start I was looking for after I was diagnosed with COVID. During my time in isolation, I got to thinking about how I could turn this bad positive into a good positive. It’s certainly strange times when being positive is a bad thing and being negative is a good thing,” he told the Independent.

The campaign started with a goal of €950 and has fundraised almost €7,000 now and will end Friday, February 19. “I was very surprised at the large response, especially with the uncertainty lockdowns bring to people, I didn’t think that many people would donate,” TJ, who has been blown away by the support, told the Limerick Leader.

The Irish Cancer Society is a community of patients, survivors, volunteers, supporters, health and social care professionals, and researchers. Together they are transforming the experiences and outcomes of people affected by cancer through their advocacy, support services, and research. Unfortunately, with Covid-19 having forced the cancellation of their major events and the closure of their charity shops, your support is needed now, more than ever. Your donation can make a real and lasting impact.

On his social media, TJ said, “thanks again to all who have donated so far, donations will still be accepted until the 19th so if ye haven’t donated already please do so no donation too big or too small.” He also added, “My wife, daughter, and son were nearly fighting over which one of them would be shaving the head and they took great pleasure in it”.

To make a donation go HERE

Related Topics:fundraiserirish cancer society
Up Next