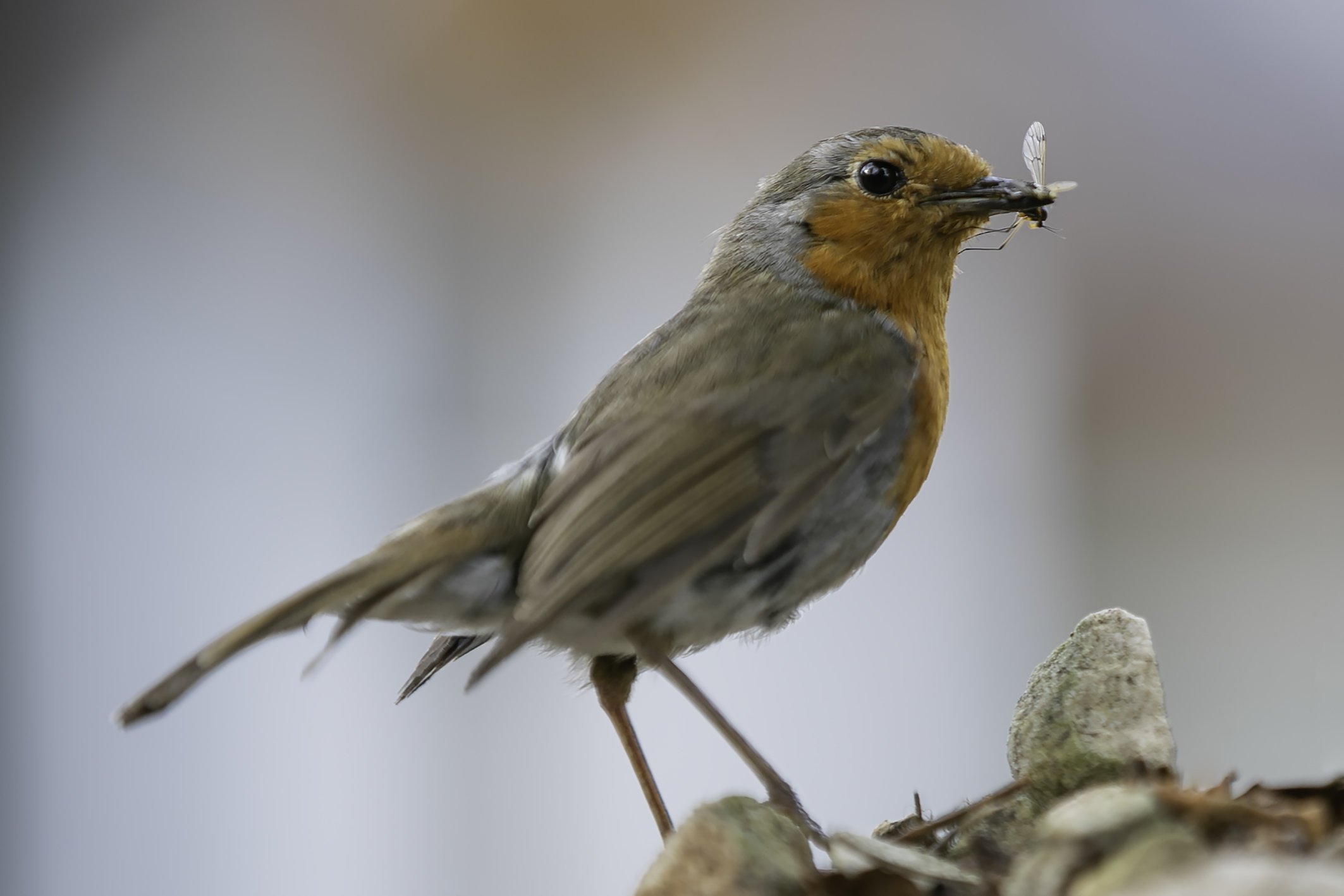 TLC Biodiversity: A hardworking parent robin collects a big mouthful of flies for the hungry brood. Robins work flat out at this time of year so his red coloured feathers are a bit faded. Excellent shot of a cautious wary robin.

Following tough deliberations amongst the judges, the winners for the Team Limerick Clean-Up (TLC) #BiodiversityTLC competition have been selected. TLC asked families and individuals to submit photos of nature in its element in their garden or local area. Almost 600 videos and images were submitted as part of the competition. From an Azure Damesfly to zestful birds and bees, the entries were wildly varied and innovative with the final six winners being:

A black-backed gull about to gobble a shore crab. This is an excellent action shot – split-second timing.

A cracking shot of our native red squirrel as it pauses for a moment before whisking up the tree and out of sight.

TLC was honoured to have received recognition from The United Nations Biodiversity Convention who congratulated the competition winners and recognised that initiatives such as Team Limerick Clean-Up “strengthen the three pillars of the Convention and bring us all one step closer to achieving our collective vision of significantly reducing the loss of biodiversity.” The winning entries will also feature on the UNBiodiversity social media platforms.

Commenting on the competition TLC Steering Committee member Helen O’Donnell said: “When we launched the competition in May, we couldn’t have imagined the creative and superb entries we received. We greatly appreciate the involvement from our judges Éanna Ní Lamhna, Des Cahill, Róisín Upton and Declan Hannon and we certainly did not envy their task of having to select the final six.”

This is a beautiful in-focus picture of a tiny creature who rarely stands still as it has to eat every twenty minutes or it will die of hunger.

Competition judge Éanna Ní Lamhna, said: “I am truly bowled over by the quality and variety of the almost six hundred entries. Pictures of landscapes, trees, flowers, birds, mammals and insects and even people came pouring it – each one a winner, as it records the biodiversity of habitats and species in Limerick.

It is more difficult to get a winning focussed shot of a moving creature as there is usually only one chance before it is gone. So this is why the winners are all pictures of special unrepeatable moments captured by the patient, sharp-eyed photographer. Well done to all.”

The male azure damselfly. Damselflies are aquatic species that only live in very clean rivers and lakes.

Commenting on the competition  TLC Chairman Paul Foley  said: “There is so much beauty in Limerick and it was amazing to see all the creative and brilliant entries for this Team Limerick Clean-Up competition.  We had excellent judges on board; Éanna Ní Lamhna, Des Cahill, Roisin Upton and Declan Hannon who were eager to lend their knowledgeable eyes to this.”

Competition judge Éanna Ní Lamhna, said: “I am thrilled to be a judge on this competition. The people of Limerick are known for their artistic talent and I have no doubt the entries will reflect this. With the slight easing of lockdown restrictions, and people able to travel up to 5km from their home, we’d encourage everybody to snap nature in its element either in their own garden, on their daily exercise journey.” TLC Biodiversity

Related Topics:BiodiversityTLCteam limerick cleanup
Up Next