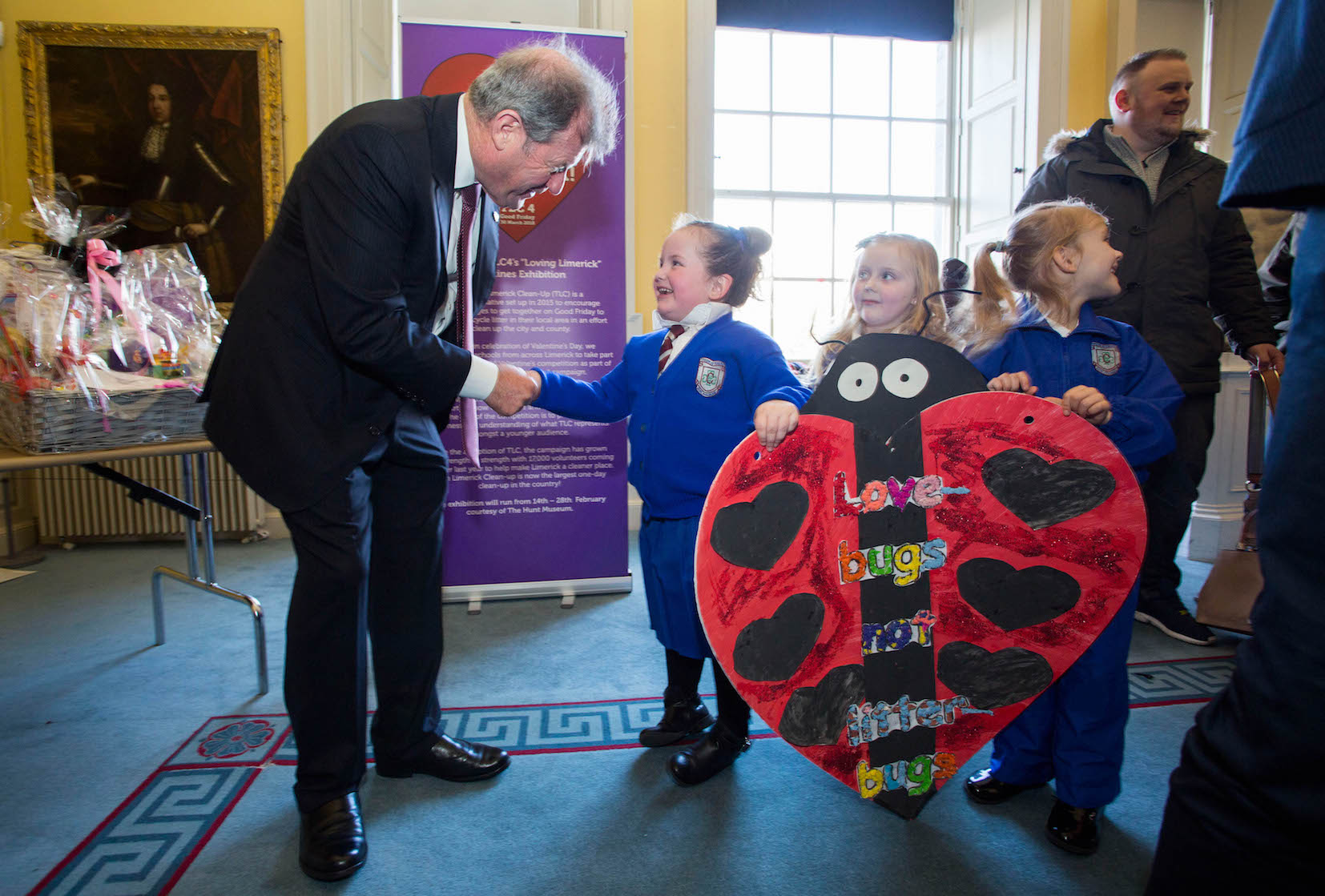 The winners of Team Limerick Clean-Ups TLC Loving Limerick Valentine’s competition were announced today in The Hunt Museum, as three primary school classes were awarded first place by the competition’s judges. The TLC Loving Limerick competition was launched in February by Munster and Ireland rugby legend Paul O’Connell and is part of the Team Limerick Clean Up initiative where primary schools all across the county were invited to design and decorate a giant love heart in order to create greater awareness of the importance of a clean Limerick all year round.

A total of 40 schools participated in the exhibition which was held at the Hunt Museum over Valentine’s week and was visited by many schools and families during the campaign. It ends this weekend Friday, 2 March.

JP McManus and Paul O’Connell were joined by Mayor, Cllr Stephen Keary and members of Limerick City and County Council to congratulate the winners and their teachers for the immense work and effort they invested into the competition and to present them with their prizes. They thanked The Hunt Museum for displaying the love hearts and for teaming up with TLC for this exhibition.

Speaking about the competition, Team Limerick Clean Up ambassador Paul O’Connell said: “It was fantastic to see so many schools take part in the competition, which helped raise awareness of the fourth year of the Team Limerick Clean Up. I’d like to encourage as many people as possible to register and join us on Good Friday for what is a great community event here in Limerick.”

The Team Limerick Clean Up 4 takes place on Good Friday, March 30th, 2018. Registration is open on their website linked below.