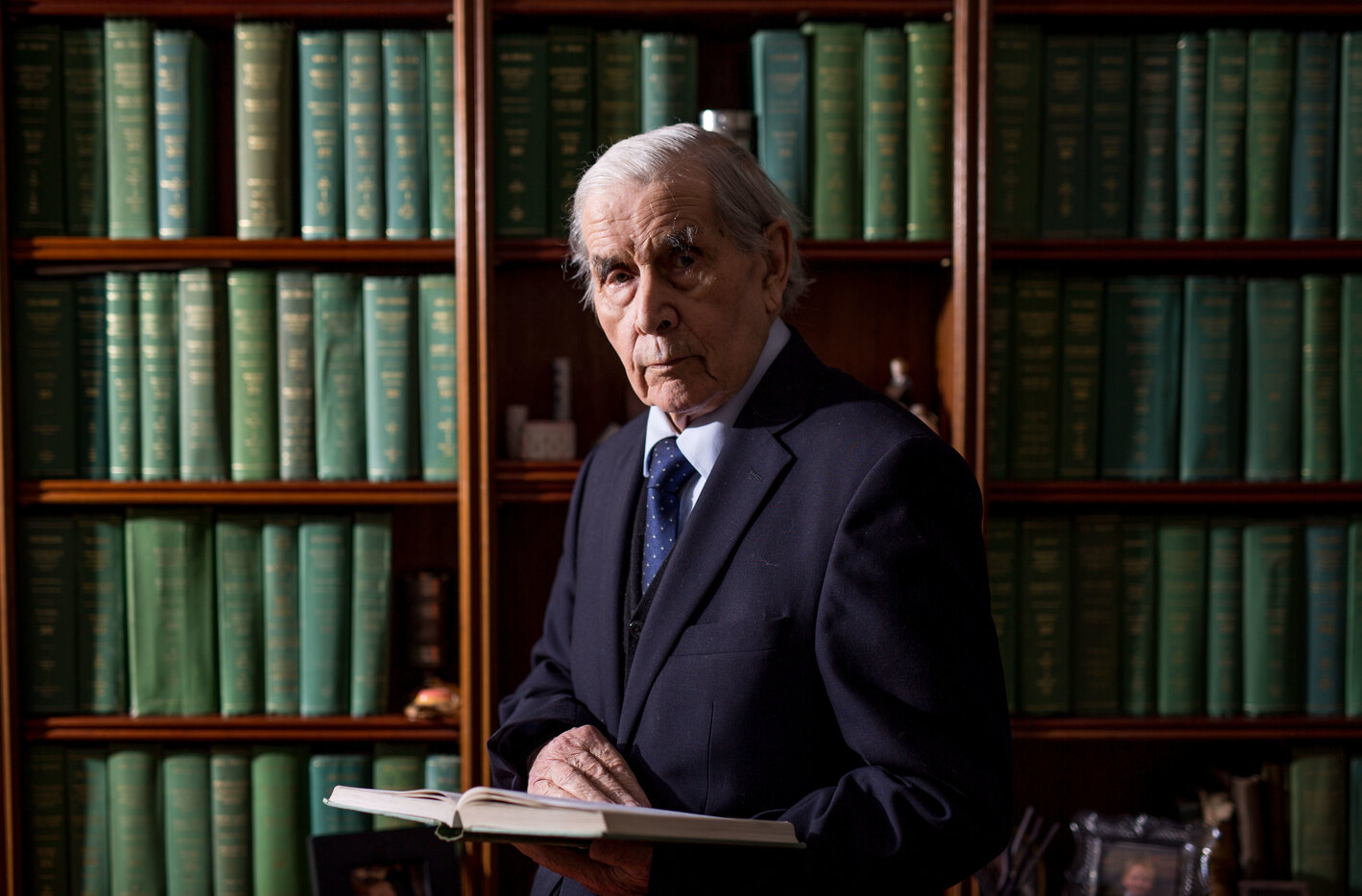 Tom with nephew Kieran O’Donnell on the campaign trail.

The eldest of eight children of Patrick and Josephine O’Donnell and a native of Bulgaden, Kilmallock and later Cappamore and Dromin, Mr O’Donnell died suddenly and peacefully today at his residence at Ballysheedy West, Co. Limerick.

Born into a high-profile political family, his paternal grandfather was Chairman of the Kilmallock Board of Guardians for several years, was prominently involved in the Land League movement and was imprisoned for six months for his Land League Activities. His mother came from a strong republican family; her brother Dick was Commandant of the Mid-Limerick Flying Column in the war of Independence and was a Cumann na nGaedhael TD for Limerick from 1924-1932.

A man of deep faith and a great love of family, Mr O’Donnell was educated at the Convent of Mercy and Boys National School in Cappamore and later at Crescent College Limerick, CBS Charleville and Copsewood College, Pallaskenry. His third level education took him to St. Patrick’s College Thurles and UCD, where he obtained a B.A. Degree.

He taught at St. Fintan’s, Sutton and North Strand Vocational School before returning to Limerick to pursue a political career. He was elected to Dáil Éireann in 1961 and remained a full-time public representative until his retirement in 1989, having been elected in eight General Elections and two European Elections.

This is a fine piece by John Downing on the passing of Tom O’Donnell, a major figure in Limerick political history and husband of the lovely Helen. Rest in peacehttps://t.co/Wt7tS8yYkZ

He was elected a Member of the European Parliament for Munster in 1979 and retained his seat in the 1984 election with a substantially increased vote. His surplus helped to elect Tom Raftery and win a second seat for the party for the first and only time in the Munster constituency. He served as spokesman on Regional Policy and Regional Planning in the Parliament by the Christian Democrat Group and served in that capacity during his ten years as M.E.P.

Prior to that, under the dual mandate system, he had been recalled to the front bench in Dáil Éireann by Garret Fitzgerald in 1980 and was selected as a candidate for the 1981 General Election, heading the poll with a sufficient surplus to help elect Michael Noonan, thereby giving Fine Gael two seats for the first time ever in a General Election in the East Limerick Constituency. He was re-elected in the two snap elections of 1982.

He retired ahead of the 1989 European General Election, bringing an end to a sterling political career across three decades.

In 2001 he was honoured by Limerick County Council and in 2005 by Limerick City Council with civic receptions and special presentations to mark the completion of half a century of political and voluntary service to the people of Limerick City and County. He was awarded the Schuman Medal by the European People’s Party (Christian Democrat Group).

The family tradition in politics is carried on by his nephew Deputy Kieran O’Donnell, son of the late Dr Martin O’Donnell, who died on Monday.

He was married to Helen O’Connor in 1984, a moment he described as the most important and happiest event in his life.

Mayor of Limerick Michael Collins said: “I would like to offer my condolences and those of the people of Limerick to the family of Tom O Donnell, following his passing. He will be greatly missed by everyone who knew him, most especially by his wife Helen and their son Thomas.”

“Tom exemplified what it meant to be a public servant. He served the people of the old Limerick East constituency unselfishly, with great distinction, care and attention to detail ever since he was elected to Dáil Éireann in the 1960s, and he was rewarded by being returned at every subsequent election he contested up until he retired in 1989.”

“Tom served as Minister for the Gaeltacht after the 1973 general election and was elected as an MEP in 1979, a seat he retained until 1989.”

“Tom’s standing in Limerick, not just as one of our finest politicians but also as a Limerick citizen who did so much for his county in a personal capacity was recognised by both the old Limerick County Council and Limerick City Council.”

“They awarded him two separate civic receptions in 2001 and 2005 respectively to mark his long career in politics and his voluntary service to the people of Limerick, in the county and the city.”

“Tom was a true gentleman, whose attention to detail and passion for his work has left a lasting legacy for all.”

Related Topics:Tom O Donnell
Up Next