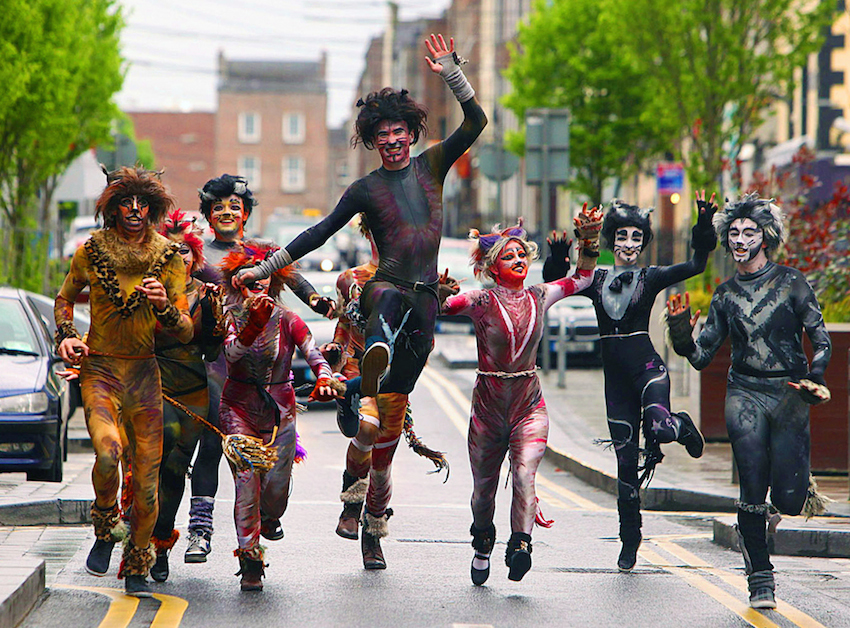 TomCat, the Festival of the curious mind is returning for 2016 and promises to be bigger and better than ever, offering the best of Limerick culture with arts, crafts, entertainment and street performances. The theme of this year’s festival is ‘Share the Spirit’ with a line up that promises to share the best of Limericks true artistic spirit. The Tiger TomCat Limerick Street Festival 2016 is sticking to tradition as it falls on yet another June Bank Holiday Weekend with all events happening on Thomas Street and Catherine Street in Limerick city centre.

The countdown is on with the official launch happening on Thursday, June 2, at Anne Street Garden, on the corner of Anne Street and Thomas Street at 5.30pm. The festival will run from this day forward, until Sunday, June 5.

The line-up for this year’s Festival is even more jam packed and creative than before with an exciting programme that includes highlights such as the Irish Chamber Orchestra performing a micro-concert in a family friendly environment (TBC) and local, national and international short films being screened across various mysterious city centre locations, giving people a chance to appreciate the novella of filmmaking.  There will be Flash Mobs, musicians and choreographers flooding the streets of Limerick all weekend long.

From musicians to artists, crafts to sports, poetry to printing, the Tiger TomCat Street Festival 2016 has something to offer to everyone with dance, theatre, film, magic and music. The festival is open to suggestions and anyone looking to get involved, or host an event, is warmly welcomed.

The theme of ‘Share the Spirit’ will be emphasised with events such as a Tibetan Bowls Workshop with Breda Ryan, ‘Dance Like Nobody’s Watching’ with dance pioneer Angie Smalis and Tai Chi with Nadine Buttery on the roof of a car park.

“The organising committee are thrilled that Tiger Beer is the main sponsor of the Festival again this year and the audience will be thoroughly entertained by the planned events across the entire weekend,” said Kevin Kiely, Creative Director TomCat Festival 2016.

So come join the fun from Thursday, June 2, to Sunday, June 5 on Thomas Street and Catherine Street, after all, Tiger Tom Cat is the festival of the curious mind.