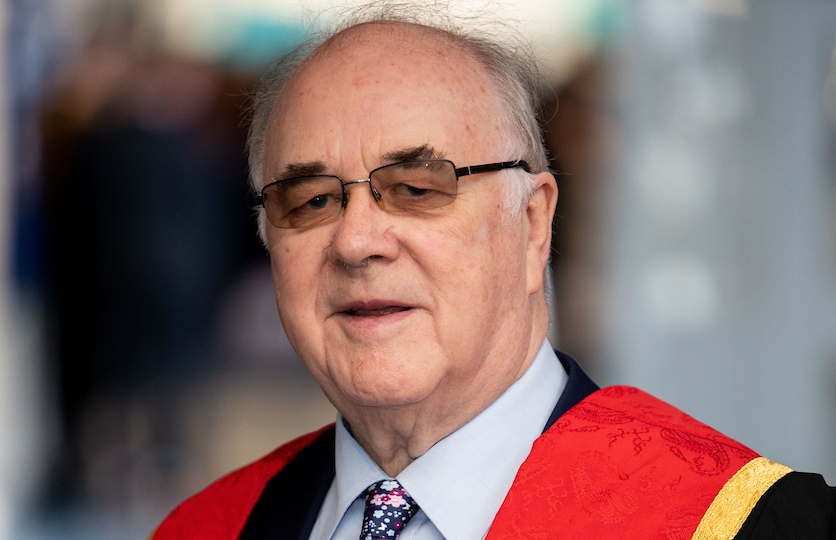 President of LIT Professor Vincent Cunnane has welcomed the appointment of Limerick businessman, education advocate and proponent of the Mid West region, Tony Brazil, as Chair of the Governing Body, LIT.

Tony Brazil was formally appointed to the position following a meeting of the Joint Oireachtas Committee on Education and Skills, on Tuesday, November 19, 2019. He was later officially informed of his appointment by letter from Minister for Education and Skills Joe McHugh.

Mr. Brazil first joined the Governing Body of LIT in 2017 and serves as Chair of the Finance and Physical Development Committee, as well as a member of LIT’s strategic committee.

Following the ratification of Mr. Brazil’s appointment, Professor Cunnane said he looked forward to working closely with the new Chair of the Governing Body as the third level institute moves along the trajectory towards achieving Technological University designation.

Professor Cunnane said, “As we begin another significant milestone in LIT’s long history, I am delighted to have someone of Tony’s experience helping to guide the way. His strong held belief in LIT’s social impact, his experience in regional development and most of all his ongoing advocacy for access to education for all, makes him the ideal person for this role.

“I look forward to working closely with Tony in the months and years ahead as we develop the Technological University consortium with AIT, continue to engage with and support local business, industry and the community, and work to ensure that a highly relevant third level education is available to all who require it.

Tony brings with him to this role a lifetime of experience, passion, and interests that will be invaluable,” added Professor Cunnane.

Tony Brazil realised the value of education from an early age and has campaigned his whole life for that opportunity to be available to all that can benefit from it – through his work on Limerick City Education Committee and Limerick/Clare ETB where he was Finance Chairperson, through his work on a number of boards of DEIS schools and by joining the Governing Body of LIT two years ago, which maintains a strong ethos of access to education.

LIT’s commitment to the region is mirrored by Tony’s belief in regional development. He has been Chairperson of Shannonside Regional Tourism, a member of the Hunt Museum, Junior Chamber, Barrington’s Hospital, Chair of the Shannon Conference Bureau, as well as serving on the Boards of Bord Failte, Aer Rianta, Shannon Development, and the Shannon Group, all the while developing Limerick Travel – one of the most successful travel agencies in the Mid-West region.

In the course of his address to the Oireachtas Committee Mr. Brazil outlined the importance of access to education and regional development and highlighted LIT’s commitment to both.

“LIT very closely reflects the diversity and social mix of the region’s population. 15% of our students come from disadvantaged areas, while at the same time, 8% come from affluent areas.  This proven ability to provide access to Higher Education as part of our everyday business is crucial, and serves to support individuals, their families, their communities and ultimately the economy of the region,” said Mr. Brazil.

“I think it is also worth noting that three-quarters of our students come from within the region, and two-thirds work in the region after graduating, which is a very important engine of growth for the Mid-West.”

On his new appointment, Mr. Brazil said, “I am delighted to be the new Chair of the Governing Body of LIT. LIT is an educational institution that shares many of my personal values and beliefs. Its openness to working with industry and the community, its continuous efforts in the area of access to education and its willingness to evolve and change must be welcomed.

“From its beginnings in 1852 with the foundation of the School of Ornamental Arts and the subsequent formation of the Limerick Athenaeum in 1856, LIT has undergone many changes in more than a century and a half. And now we again look to change with the formation of a new technological university in partnership with Athlone Institute of Technology.

“LIT has been a vital cog in the development of the Mid West region and I believe the LIT/AIT consortium will continue to be a great benefit in our region.  I believe that I am ready to play my part in driving this consortium to its logical conclusion as a new institution,” added Mr. Brazil.