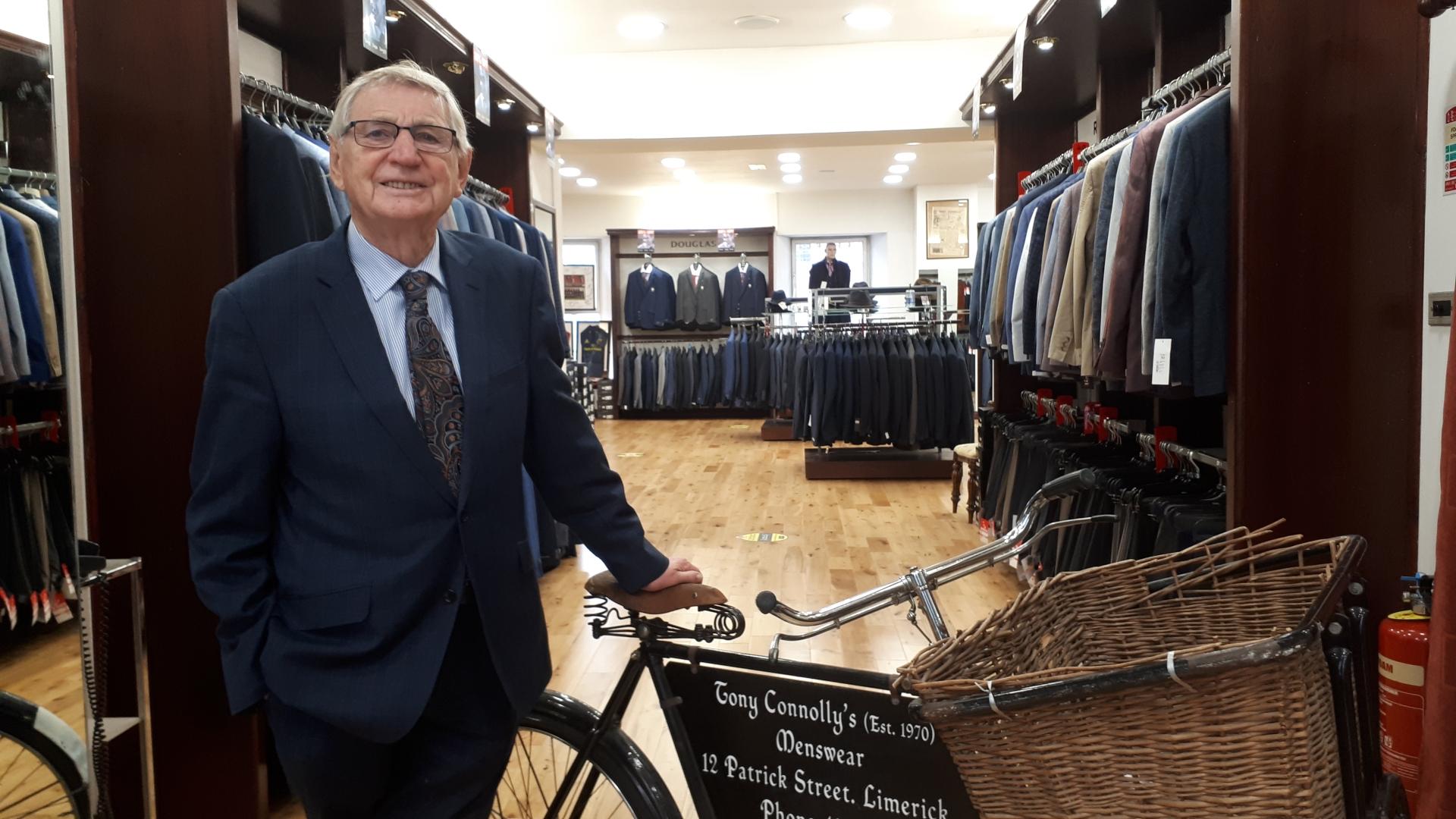 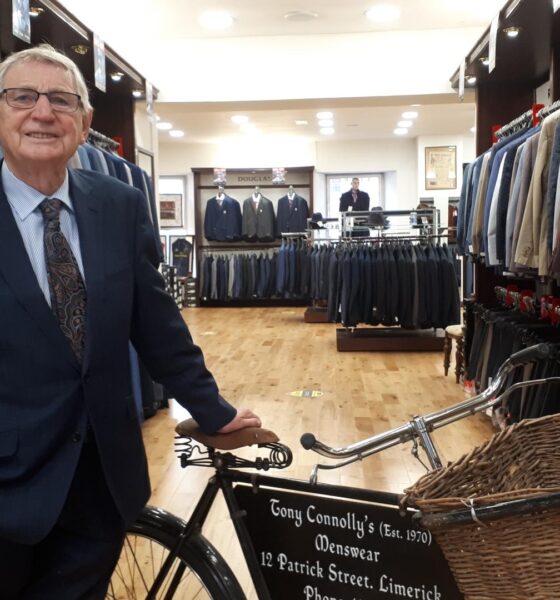 Tony Connolly pictured above is celebrating over 50 years of business 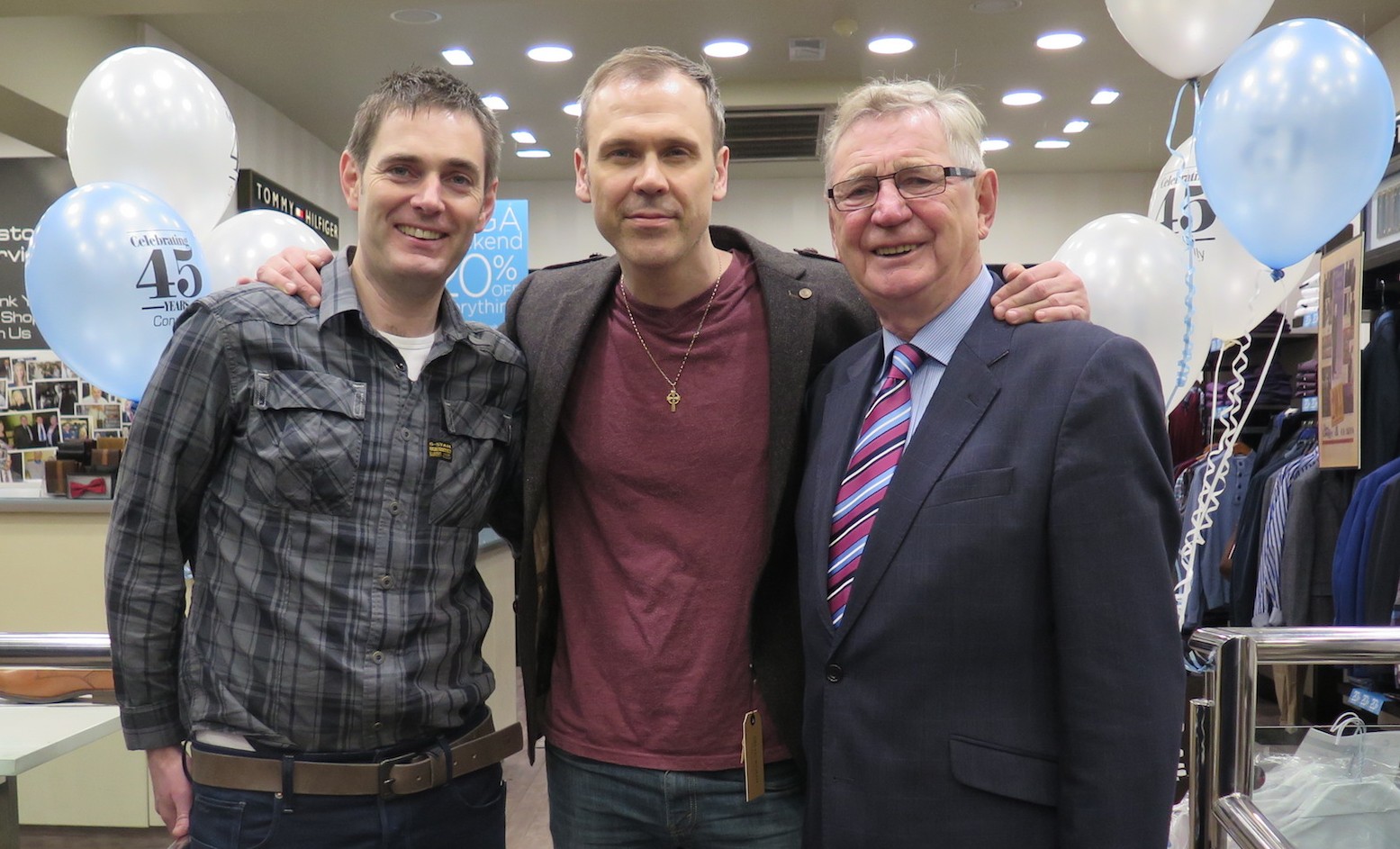 In Limerick, the name Tony Connolly is synonymous with men’s clothing. There is not a person from Limerick that doesn’t know the name and what it stands for, which is great quality menswear.

Tony opened his first shop in 1970 on Upper William Street in Limerick city and fifty years later, has stores in both Limerick and Clonmel catering for the fashion needs of men throughout Munster.

A native of Kileely, 14-year-old Tony Connolly got a job in a store on Patrick Street in the city in 1957. He worked there with Kingston’s until he started his own business, Tony Connolly, in October 1970.

Then in a full circle moment, Tony returned to the premises on Patrick Street where he worked as a teenager to open his own store in 1978.

Tony is a well-known and well-loved businessman in Limerick and there is no wonder as to why he received the honour of Limerick Person of the Month. He has clothed the best-dressed men in the city for decades. While Tony no longer operates a shop in the Crescent, he still owns Connolly Man, Chapps, and a jeans shop side-by-side on Patrick Street, The Outlet Store on Bedford Row, and another Connolly Man shop in Clonmel.

Tony is married to Rose and they live in Ballyneety. Their son David and daughter Noelle are both in the family business. Rose and all their six children worked at the shop at some stage with the family remaining at the heart of retail life in Limerick.

Gracious for the support they have received over the years, Limerick man Tony Connolly, founder of the family business thanked past and present supporters saying, “It’s wonderful that we all, in some shape or form, had a reason to be involved in the business. They have all made such a contribution to the business. The loyalty and enthusiasm we have had will never be forgotten.”

In a store like Tom Connolly’s, it is impossible to maintain social distancing between staff and customers, who need to be measured for suits so the owners had no other option but to close their doors during the pandemic lockdown. However, they do Facetime and Zoom sales and continue to operate from their online store which you can find HERE

Related Topics:Tony Connolly
Up Next