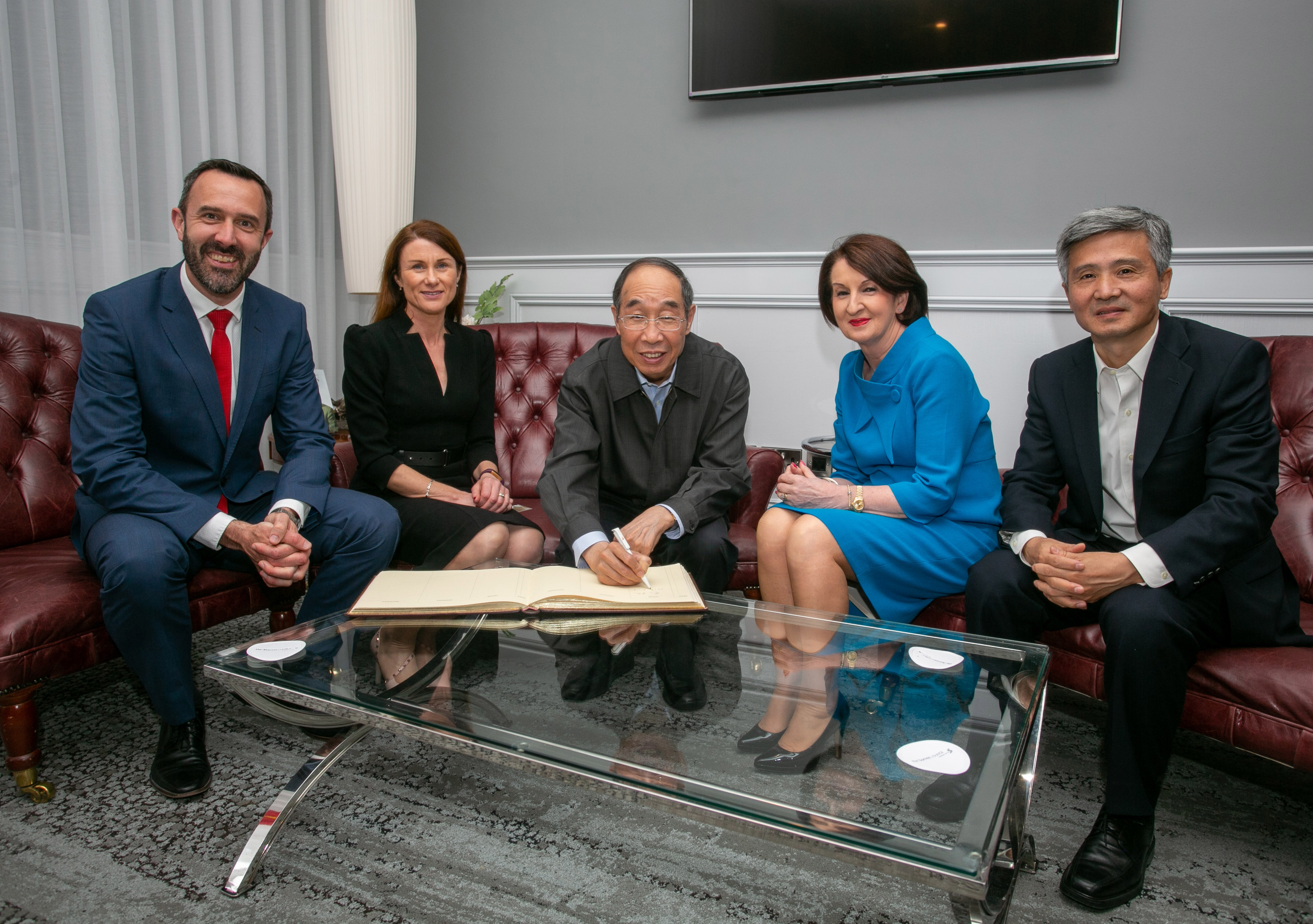 Shannon’s long-standing ties with China have deepened with a visit by leading Chinese dignitaries.

The purpose of the visit was to familiarise themselves with Shannon Group operations. In addition to their meeting in Shannon, the delegation received a briefing on Shannon Free Zone from Ray O’Driscoll the Managing Directory of Shannon Group’s property company Shannon Commercial Properties. They also enjoyed a tour of Bunratty Castle from Niall O’Callaghan, Managing Director, Shannon Group’s tourism company, Shannon Heritage.

Speaking after the visit, Shannon Group Acting CEO, Mary Considine said that it is further recognition of how important the Shannon region is viewed by the Chinese authorities.

“We were delighted to welcome Mr. You and his delegation to Shannon. We had a very positive meeting during which we discussed the very close current and historical ties between the regions as well as the opportunities that exist to strengthen these in the years ahead.

“Mr. You expressed his respect and admiration for the pioneering history of the Shannon Free Zone which has had a lasting impact far beyond Ireland.  The visit again reaffirms the role that Shannon plays for Ireland in terms of international relations. Clearly, the big economies of the world admire how we do business here,” said Ms Considine.

The relationship between Shannon and China dates back almost four decades to 1980 when Mr Jiang Zemin, who would later become President of China, led a Chinese Government delegation to study the Shannon Free Zone model, which has since been adopted across China with the development of their hugely successful Special Economic Zones.

Since then, among those to have visited Shannon were President Jiang Zemin, Premier Zhu Rongji, Premier Wen Jiabao, Vice Premier Huang Ju and Vice Premier Zeng Peiyan. The latest of these was Xi Jinping, President of China who visited in 2012 when he was then vice-president.

For more stories about the Shannon Group, click here.

PHOTOS: Firewalk for Lola in aid of ACT for Meningitis